DigitalFoundry was invited by Microsoft to get a detailed presentation on the new Xbox Scorpio and also got the exclusive right to share its thoughts with the world. DigitalFoundry’s video can be viewed above and its write-up can be viewed here.

Although some may think that Scorpio is a whole new console, this is not the case. The Xbox One Scorpio is still a Xbox One – but the ultimate One (Get it?). Therefore it will also run the same games as the normal Xbox One and Xbox One S, only framerate and resolution will be dramatically improved.

Scorpio’s specs are certainly very impressive and the result of a lot of fine-tuning. But you can only fine-tune if you already have a product you can actually tune and this is the key difference to the development of a whole new console. The Microsoft team ran a lot of performance tests on the Xbox One in the course of Scorpio’s development to see where the One is slacking, missing power, or is being bottle necked. For Scorpio, hardware was optimised for software and not the other way around.

Hence, the Xbox One Scorpio is a very custom product, which has been engineered to its absolute limits.

Unlike expectations suggested, Xbox One Scorpio does not have an AMD Ryzen CPU. Instead, it runs an evolved version of the Jaguar core architecture used in the original Xbox One. Scorpio’s CPU, which is also manufactured by AMD, has eight cores, which are clocked at 2.3 GHz each, giving Scorpio a 31% boost in clock speed.

The GPU consists of 40 customised compute units clocked at 1172 MHz and delivers 6 Terra FLOPS (Floating Point Operations) of computing power. To put this into perspective, a Nvidia GTX 1070 card achieves roughly 6.5 Terra FLOPS and the original Xbox One 1.31. This however, is only a measurement of pure computing power and not a clear indicator of actual game performance, since there is more to it than just computing and that is exactly what Scorpio takes advantage of. For example, the GPU’s command processor has a version of DirectX 12 integrated, which allows for a dramatic reduction of commands that need processing. As a result, games that run with a DirectX 12 renderer now only produce half the workload. As mentioned, optimisation is key.

Scorpio has RAM, twelve Gigabytes of it to be precise, of which eight are allocated to games and the rest is reserved for the system. Games can therefore use three Gigabytes more than with the original Xbox One, which is the obvious change. The not so obvious change is the increase in memory bandwidth. That is the rate at which data can be read from or wrote to RAM by the CPU. In numbers, Xbox One Scorpio has a memory bandwidth of 326 GB/s, which is a very significant increase compared to the Xbox One’s 204 GB/s and will improve performance noticeably.

Scorpio and its two predecessors share the same APB (Audio Processing Block), which will support special audio through Dolby Atmos in the future. A feature not only coming to Scorpio but all Xbox One’s, a neat touch.

As with the Xbox One S, with Scorpio the power supply will be integrated into the body of the console, which is nice to see.

How does it perform?

At the event, a tech-demo of Forza was run on Scorpio. Sadly, not Forza Motorsport 7 but a version of Forza Motorsport 6, which makes more sense here anyway, since it shows off how Scorpio can handle Xbox One games that have not been specially optimised and apparently, it does an excellent job of it. 4K and 60 FPS were possible and there was still 30% of power left, at the worst. So, there is even a lot of headroom left, which is essential, especially for a console. No video of the demo is available but a screen capture, which you can view below.

1080p users are not being neglected though. Performance modes will also be available without a 4K TV for you to enjoy your favourite Xbox One titles at a higher frame rate or in a crisper, upscaled picture.

Pricing is also yet to be announced, maybe at E3. There, we can also expect Forza Motorsport 7 and maybe even more info on the release, which is currently set to be at the end of this year. 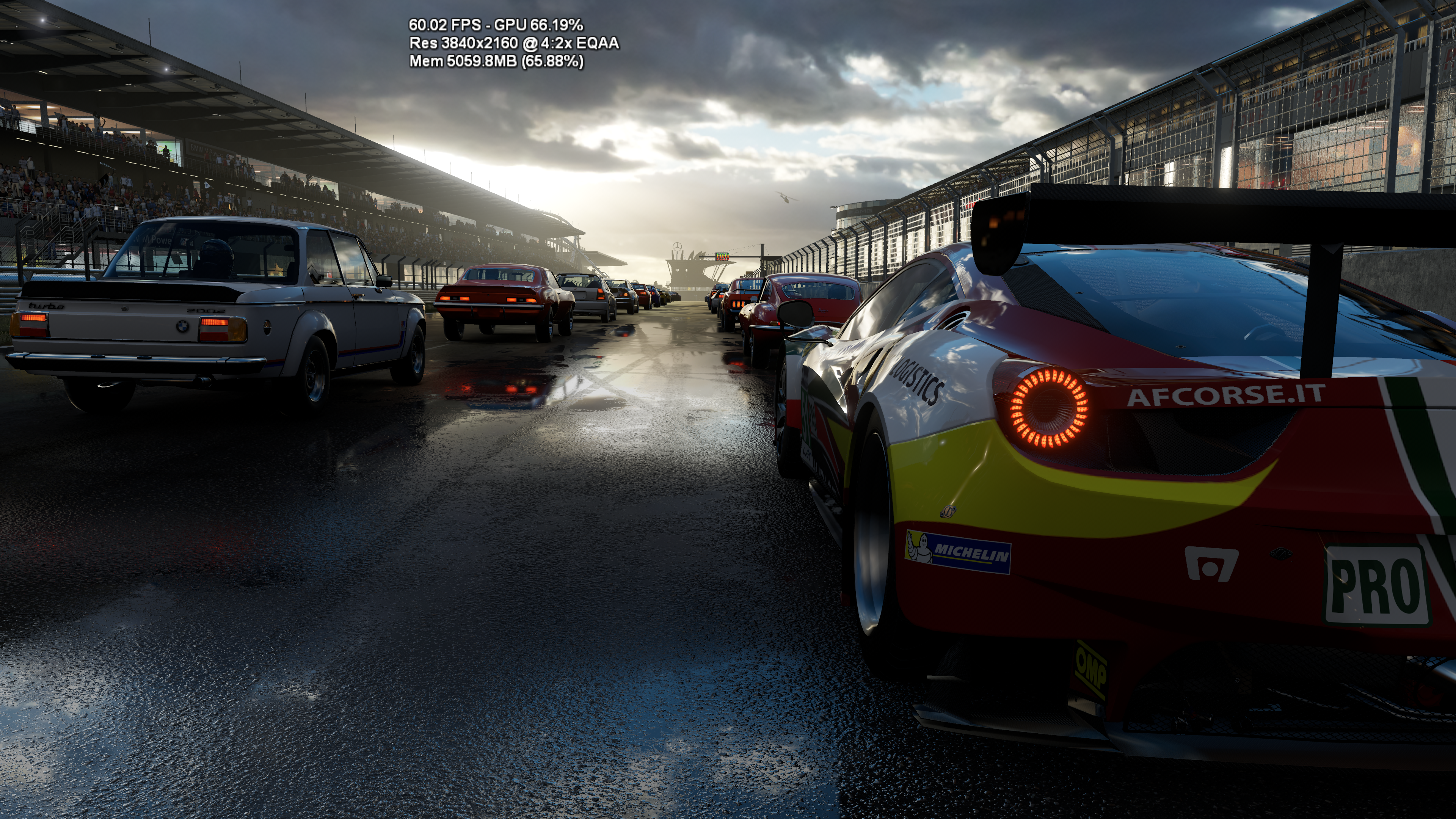