With its successor most likely already in the works for a 2018 release, there is no reason why Forza Horizon 3 should not get the Xbox One X treatment. Playground Games and Microsoft thought so as well, and have now released an update, enhancing Forza Horizon 3 for latest member of the Xbox family, for free!

4K and even other visual improvements

With the new update, players can now race around Australia, its Blizzard Mountain and the Hot Wheel Tracks in glorious 4K (3840 x 2160) resolution – until now a PC-exclusive.

With the update Playground Games also added other visual improvements such as “improved car reflections and shadow resolutions” and “improved texture detail for road and terrain surfaces”.

Once again, the Xbox One X shows its benefits when it comes to optimisation, as Ralph Fulton, Creative Director at Playground Games, explains in an interview. Because, according to Fulton, getting Forza Horizon 3 running in 4K took the team less than a day with even some performance left to spare!

The update is available now and can be downloaded for free! A small trailer was also put together to Xbox One X users what they are in for. You can watch it above!

Note, all images used are not taken from the 4K version. 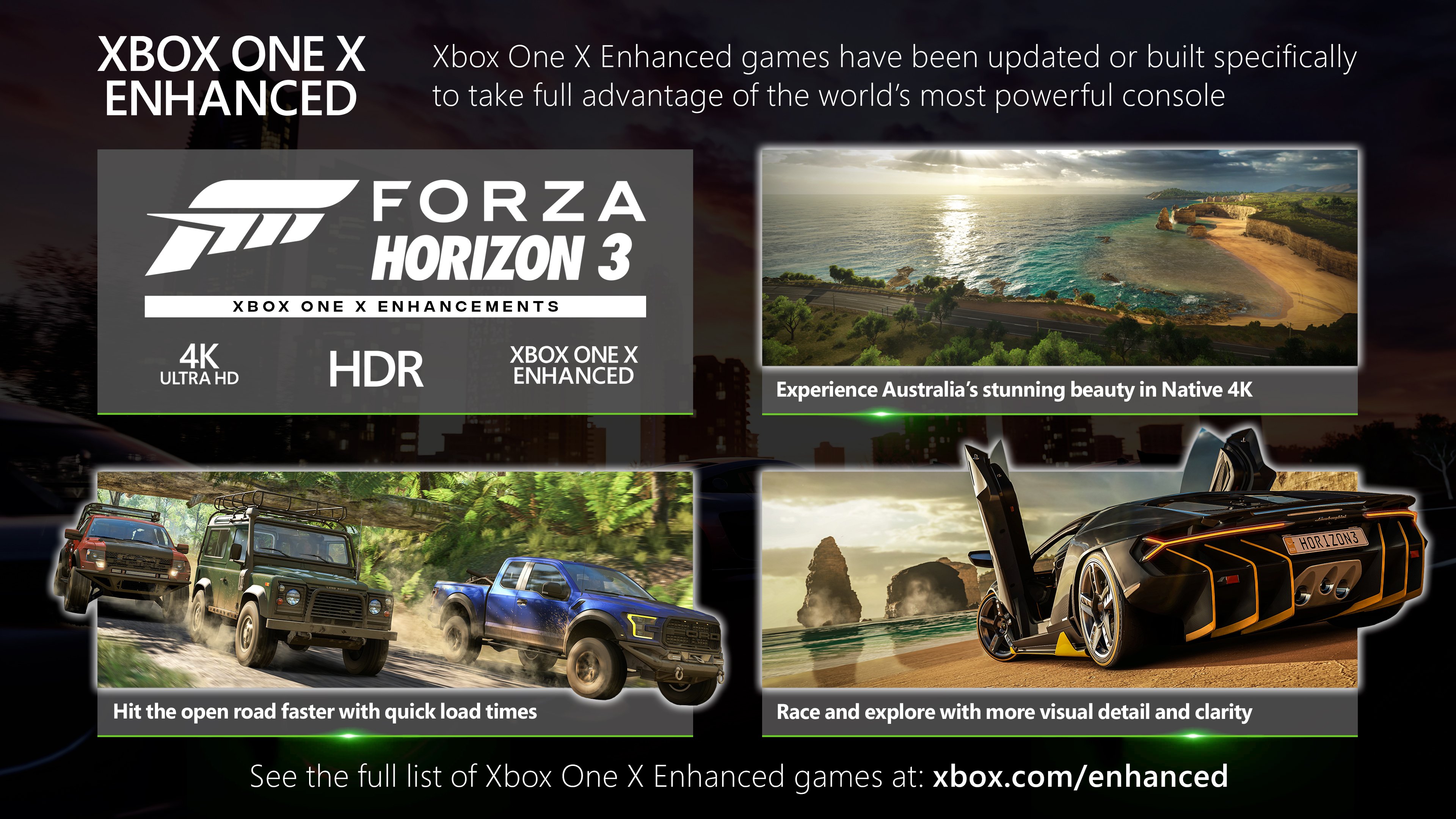