WRC 6 has officially launched in the United States today on the PlayStation 4 and Xbox One, so in conjuncture with that, we have a little Giveaway – for US residents only – for you to enter…after you watch the Test Drive…do that first.

The Giveaway’s Grand Prize is a Playseat WRC racing chair, a Thrustmaster T150 Pro or TMX Pro racing wheel and pedal set, and of course, a copy of WRC 6 on the PS4 or Xbox One.

And that’s not all. The contest is also giving away up to 5 copies of WRC 6 on the PS4 or Xbox One, so even if you miss out the Grand Prize, there’s still an opportunity to take home the game.

Learn more about WRC 6 on the PlayStation 4 and Xbox One below. 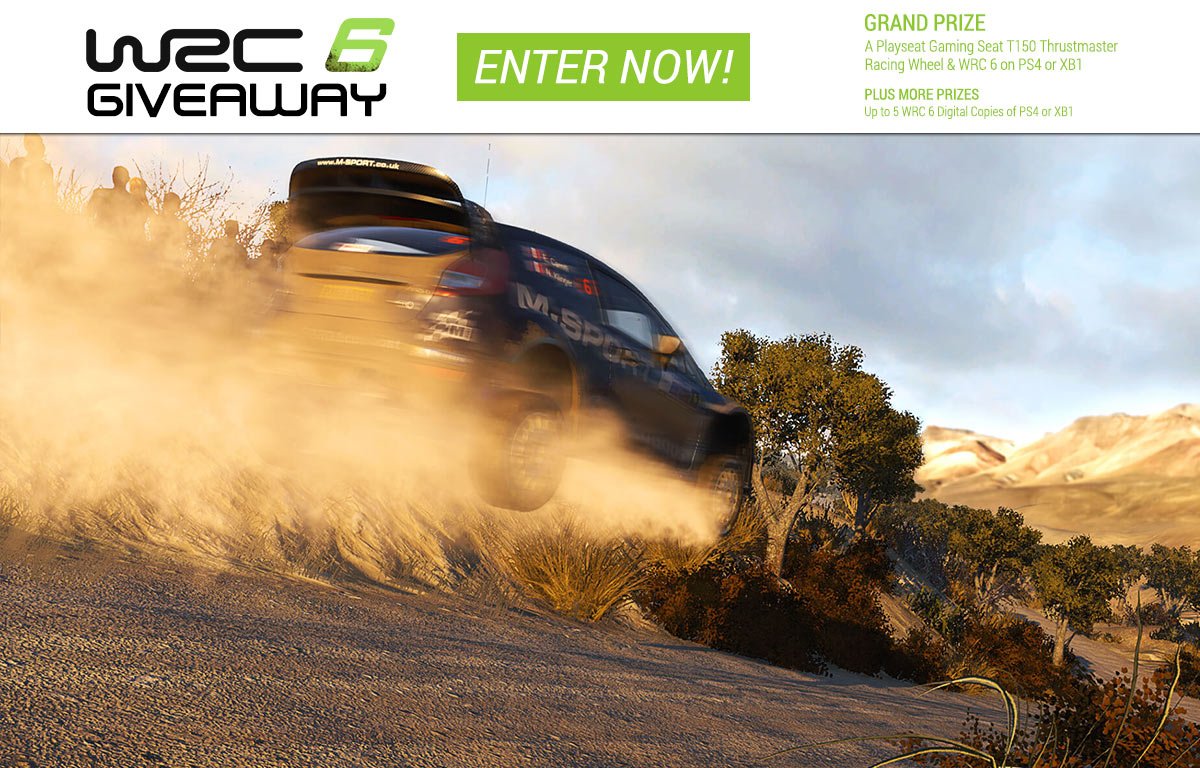