Thrustmaster just unveiled its new wheel, the T-GT, which is the result of a collaboration between Polyphony Digital and Thrustmaster. Now, the French peripherals pioneer has announced that it will be joining forces with the iconic Italian motorsports equipment maker Sparco as well!

What have they come up with?

Luckily, John is at E3 2017 in Los Angeles right now and was already able to get some info and was able to take some photos of the new Thrustmaster products!

This one looks very much like the Sparco Strada Rim (left), which is primarily made for road cars. However, since the Thrustmaster wheel is not covered in leather, like the Strada, it could also be a R 383 wheel (right), which is Sparco’s best-selling rim. The R 383 has a diameter of 330 mm.

Thrustmaster has fitted the wheel with ten buttons and a set of paddle shifters. Although previous Thrustmaster wheels were mostly of very good quality, these rims seem to take it to another level.

This is most definitely a Sparco P 310 wheel, with a diameter of 310 mm. As with the other rim, Thrustmaster has fitted some buttons and paddle shifters to the wheel.

Now, fitting some buttons and shifters to a high-end racing wheel is nothing that has not been done before, but it is great to see an industry leader like Thrustmaster exposing this kind of gear to the more general public. 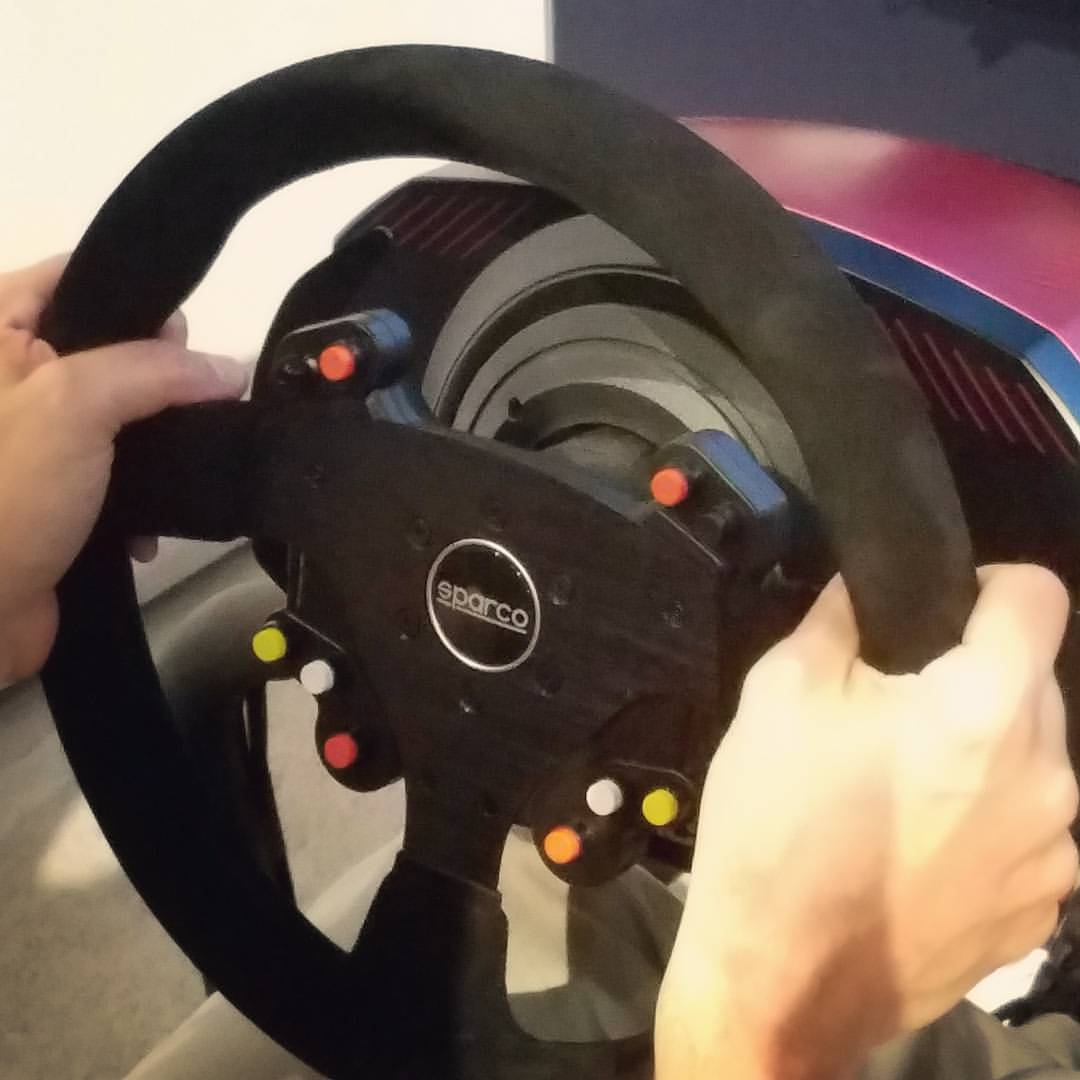 Some of you might have already noticed the red wheel base. It will be part of a new wheel/ pedal set for Xbox and PC and is nearly identical to the TS-PC Racer. It will be called the TS-XW Racer! The pedals, which do not come with a TS-PC Racer by the way, look like the ever so familiar T3PA-PRO pedal set but with red accents. Sadly, further info cannot be shared right now.

This comes as an unexpected but pleasant surprise. Thrustmaster has been working on a bluetooth formula-style rev counter, which can be attached directly to your TV or your TS-PC wheel base. It will most likely be compatible with the new Xbox One wheel as well and F1 2017 will be the first game to support it. Release is set for the end of this year (Q4 2017).

Here you can see the new display in action together with F1 2017 and the Ferrari F2007, which was only announced a couple of hours ago! 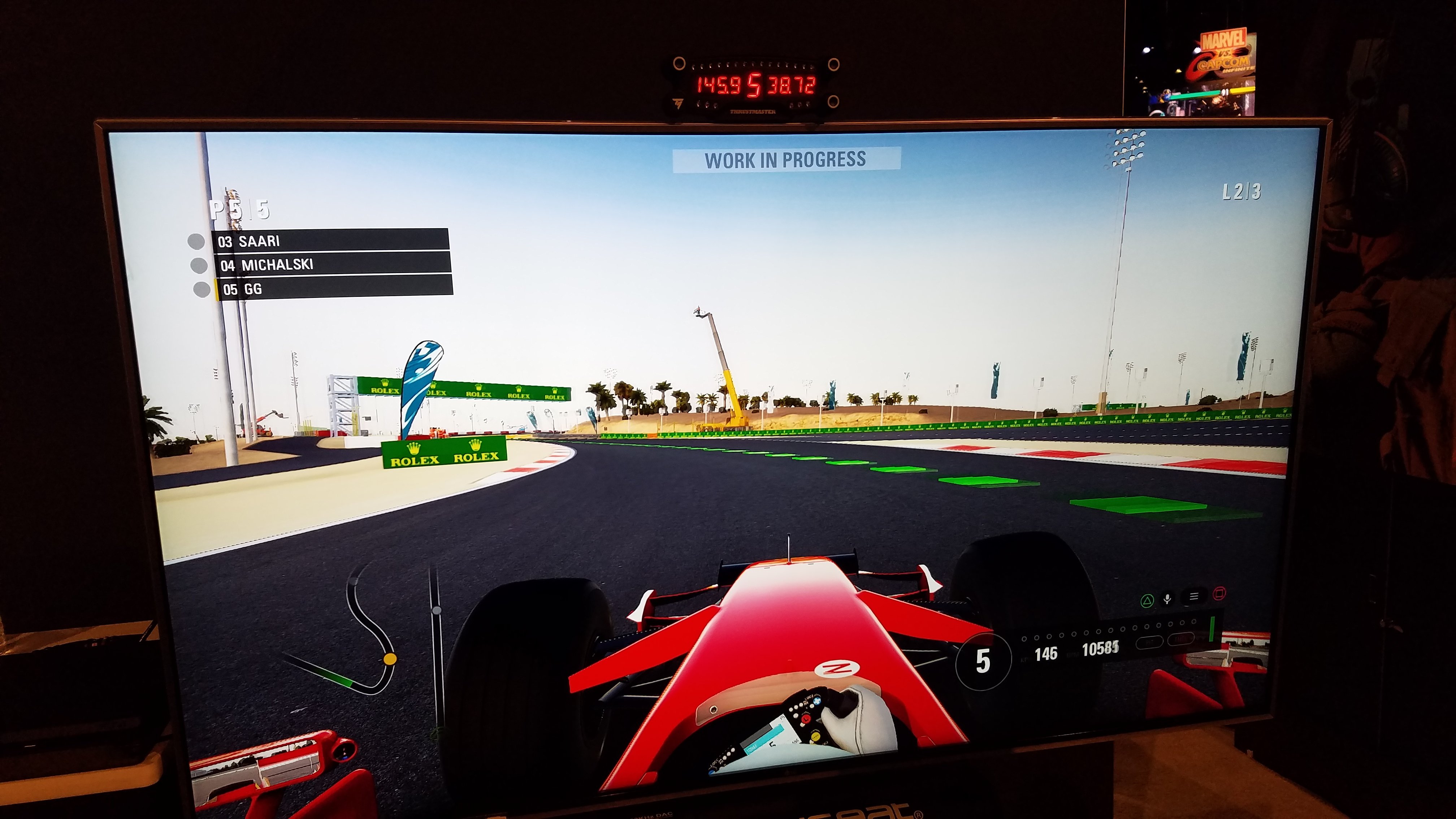