Welcome to our SimXperience AccuForce Pro Simulation Steering system review. If you haven’t seen my first look from back in July, We have it here and you see how it was packaged, the specs and more.

We’ve tested the AccuForce Pro extensively with Assetto Corsa, Dirt Rally, F1 2013 through 15, Game Stock Car Extreme, iRacing, Project Cars and Raceroom. We even tried it with some older titles like GT Legends as well.

Since our first look, they have added another model and the price of the DIY version has dropped significantly.

The Pro model we have for this review goes for $1748, The newest model is just called the AccuForce and it doesn’t have the paddle shifters or button box, it also ships without the quick release and slip ring functionality and doesn’t come with the additional coiled cable for connection to aftermarket rims or button boxes and it retails for $1299. The standard AccuForce can also be upgraded to a Pro model by purchasing the additional components from SimXperience. 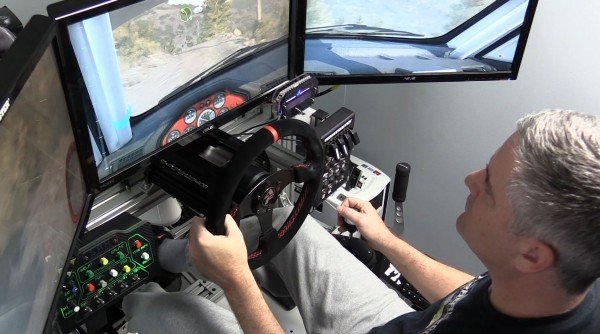 The DIY version now goes for $999 and that’s $500 less than what it went for when I did my first look. It’s not a turn key solution and you’ll need to engineer or produce the additional components for it to be functional.

All models will be discounted $89 if you’re a Sim Vibe owner and if you’re not, you get it free as part of your purchase.

To see all the specs and and or purchase an AccuForce, you can go to Simxperience.com and then the AccuForce page.

Something else we’ve touched on in our first look is the SimCommander software that makes the AccuForce stand apart from other options on the market. There are infinite ways you can adjust and tune the wheel to your preferences. You can also have individual car and track presets per title if you desire.

In that regard, I’ve found that some settings translate just fine to other cars. For instance I tuned a profile to run the iRacing Star Mazda when I was running in league. I’ve used that same profile for the DW12 Indycar and even the 24 Hours of Daytona recently.

Speaking of the 24 Hours of Daytona. I ran approximately 5 hours for that race in less than a 12 hour span and it was a workout. With that Mazda profile, I had to actually back down the forces a bit due to the torque so that I wouldn’t be too fatigued for my longer stints. That being said, I felt like I had more control over that C7 Corvette Daytona Prototype during my stints, and it’s a beast then I ever have in an endurance race, or any sim race. 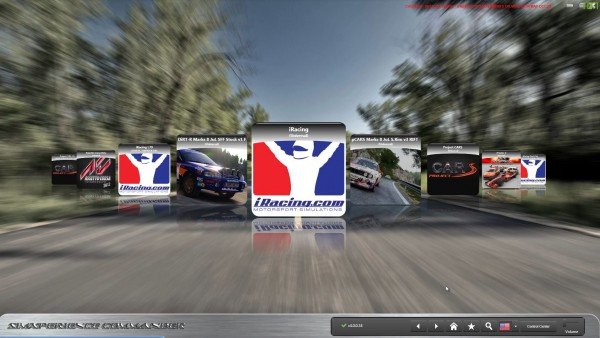 Another feature we like about Simcommander is that you can set it up to where you don’t have to alt tab out of the game or close it to make adjustments. You can set it up to work in game and then take your mouse to the bottom of the screen until this red bar appears and click on it to open the Simcommander UI and make adjustments on the fly to see how they feel instantly.

Besides iRacing, we’ve felt that the AccuForce really breathes new life or more life into every title we’ve tested it with. One of the cool features of the AccuForce and Simcommander is that if you don’t like the games forcefeedback, you can use a option called foundation feedback. This takes telemetry and or data directly from the game and creates a more raw or realistic force feedback. Some titles have canned effects for the low end wheels that may not translate well to the AccuForce, this is where foundation feedback really shines. There’s some titles that I completely turn game FFB off and run only foundation. Some titles I may even run a combo of both game and foundation. 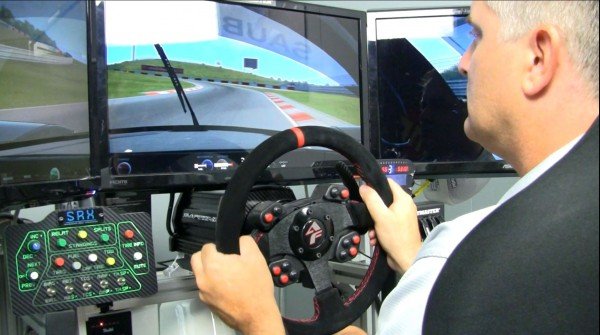 Now it’s time for some pros and cons or we could talk about this wheel for hours.

Cons:
Sim Commander 4 software as great as it is, can be a lot to tackle
Price to ship outside North America
Availability (due to high demand)

Final Thoughts: SimXperience is known for developing innovate software and hardware products and the AccuForce continues that tradition. Without a doubt, you will feel some things you didn’t realize you could in a sim racing title. Being able to adjust it to you preference per car and per track really makes the AccuForce a must have if you can fit it into your budget.

John: For as much as I don’t like calling the other wheels around here “toys”, since I think they’re better than that, the Accuforce somehow makes them feel like toys. The Accuforce feels like you’re actually driving a real car. Yes, the SimCommander software is daunting at first, but with some time and help from the community, you have the ability to create a customized driving experience that best suites you, more so than any other wheel out there.

In Closing: If you have it in your sim racing budget, we highly recommend the AccuForce to take your hobby to the next level. You will most likely be blown away at the tune-ability, fidelity and torque that the AccuForce has. I have loved racing with the AccuForce and can’t imagine using anything less at this point.