Silverstone has opted out of Formula 1 and from 2019 onwards, no more F1 Grand Prix’s will be held at the iconic English circuit – a shame for many. However, McLaren is already planning to save the British Grand Prix, kind of, by bringing it to Woking, McLaren’s hometown.

This cannot be real?

Sure, the whole project has to be taken with a bit of a smile and McLaren reminds us that it is “purely fantasy”, so do not get your hopes up. Yet, McLaren went through some extensive efforts to present the plan to the public. It even produced a video, which you can view above.

The idea originated back in 1998 when Mika Häkkinen took his championship-winning McLaren for a spin on the streets of Woking.

Today, McLaren would like to see the cosy English town join Singapore and Monaco in the list of prestigious F1 street races.

Even a map of the envisioned circuit was provided, showing a 4.85 km long sprint through the streets Surrey’s Woking. 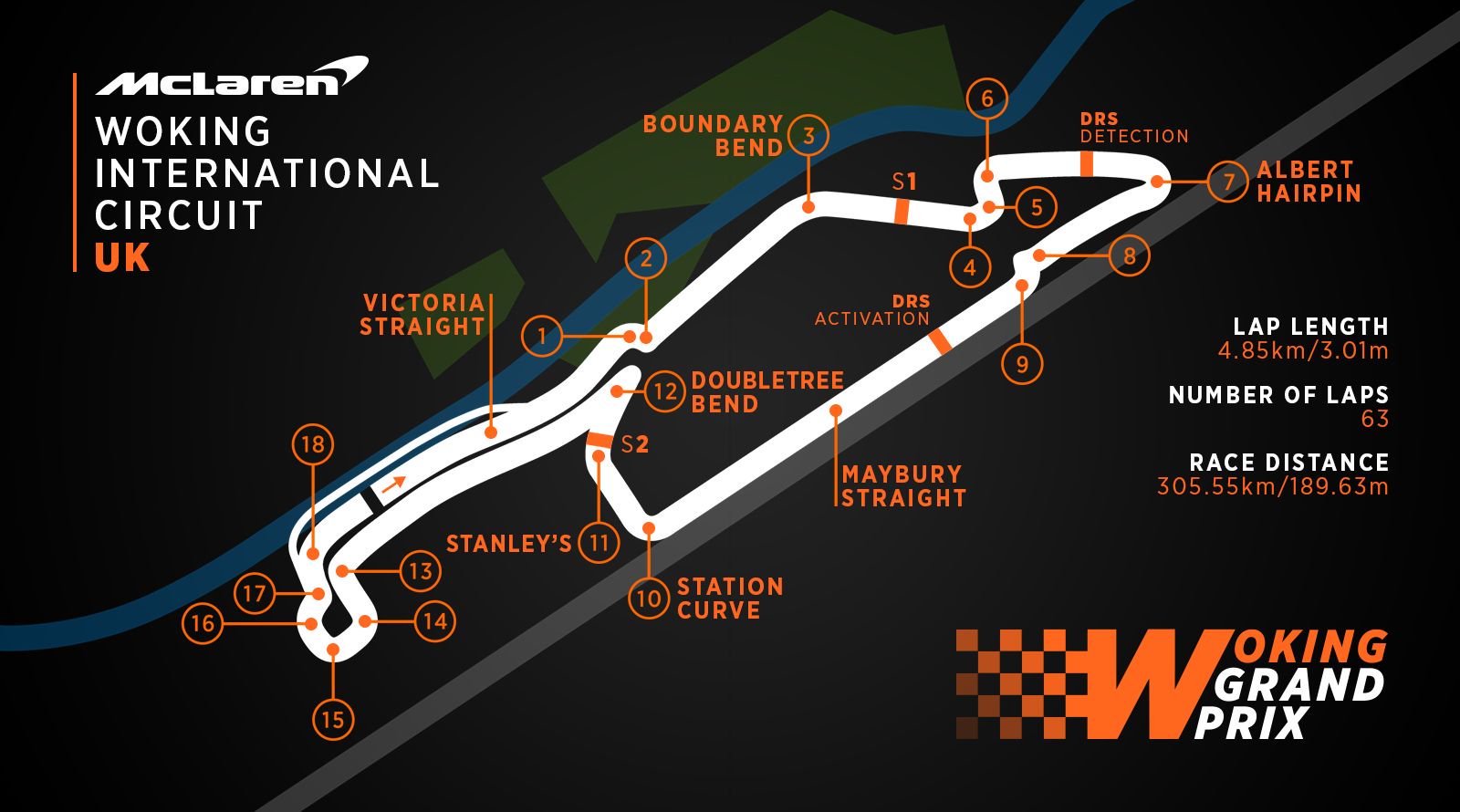 Here is what Jonathan Neale, Chief Operating Officer at McLaren Technology Group, had to say:

Why not? Why not bring Formula 1 to the streets of Woking? Obviously, aside from the huge social and financial commitment needed to set up the infrastructure, re-profile roads, re-lay Tarmac, fit miles of Armco, build grandstands, pay for race-hosting fees and gain approval and sign-off from the FIA, we don’t see any barriers to our vision.

In an era that’s often seen as being hemmed in by bureaucracy and narrow-mindedness, that’s actually very refreshing.

It was Mika who first raced a Formula 1 McLaren around the streets of Woking, way back in 1998. When I say ‘raced’, he wasn’t actually racing it, he was driving it. Slowly. Which was probably an even tougher test for Mika, because he never drove anything slowly.

Still, that event lit a spark that started a fire that turned into a dream that we converted into an idea: to host a round of the Formula 1 world championship on our doorstep, in Woking.

Even McLaren’s two current F1 drivers had a word or two to share.

When you think of Formula 1 cars racing around tight, winding city streets in front of huge grandstands packed with cheering fans, you immediately think of Woking.

That’s only natural – it’s a town that’s been synonymous with Formula 1 and McLaren for more than 30 years. So the idea of a Woking Grand Prix is an overdue one. An over-ambitious one, sure, but overdue nonetheless.

I’d like to say I’ve studied the plans closely and that I definitely think there’s a fantastic grand prix track hidden in plain sight through the streets of the town. What I will say is that I can’t wait to get out there in my MCL32 and try and complete a lap of the track…

Whenever I’ve commuted through Woking on my way to the McLaren Technology Centre, I’ve always been struck by just how the town feels like a British version of Monte-Carlo.

By that, I don’t mean that it’s a vibrant city-state on the sunny shores of the Med, because it’s not that. No, I mean it’s a town where racing feels alive, living among the people.

And I think it’s every schoolchild’s dream to imagine a proper motor race around the streets of their own hometown. Well, this is that dream brought to reality. Well, not exactly reality… but closer to not just being a dream. At least, if you live in Woking… and you’ve had that dream.