When Thrustmaster launched the TSS Handbrake Sparco Mod a while back, the fact that it was a PC-exclusive peripheral was rather surprising. Since then, a PS4 version has been teased by Thrustmaster, but concrete infos were still lacking. A Facebook post by the French sim gear manufacturer now confirmed that a PlayStation 4 and Xbox One-compatible version of the TSS Handbrake Sparco Mod is indeed on its way and that it will be presented at this year’s E3 in June!

To be fair, it was not really delayed, it just did not appear as soon as expected. The extra time needed could have been due to the proprietary cable/ connection Thrustmaster might had to come up with.

Also, the TSS Handbrake Sparco Mod will incorporate “multi-equipment configuration”. Plus, it will come in “full new packaging”, as Thrustmaster revealed. 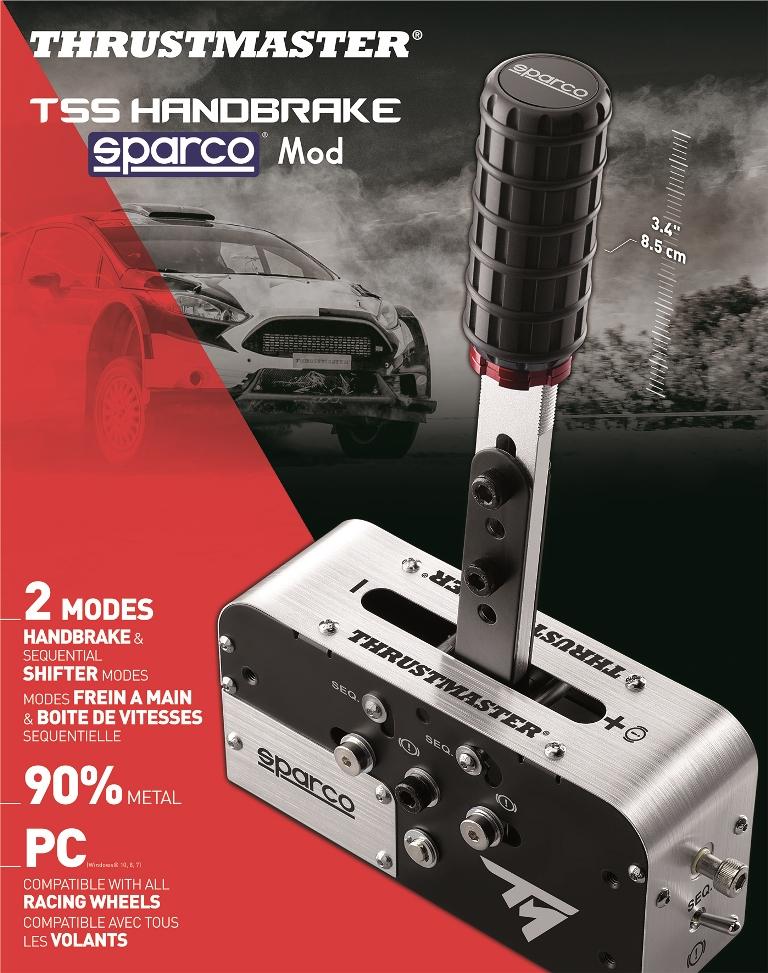 Details can be expected at this year’s E3, which will be held from June 12 through 14 in Los Angeles.

?
The TSS Handbrake version launched in January is for PC. As we testified, at this time we began to work in parallel on a solution for PS4 and XBO users. The result will be a specific product for PS4 and XBO, also PC compatible to be launched between June and September 2018.
It will be a full new packaging with proprietary cable needed and will take into account multi-equipment configuration. In the meantime we are happy to see that some of our game developer friends have already released their compatibility with this future product!
More information will be revealed at E3 2018 in June, so don’t miss the rendez-vous and stay tuned!