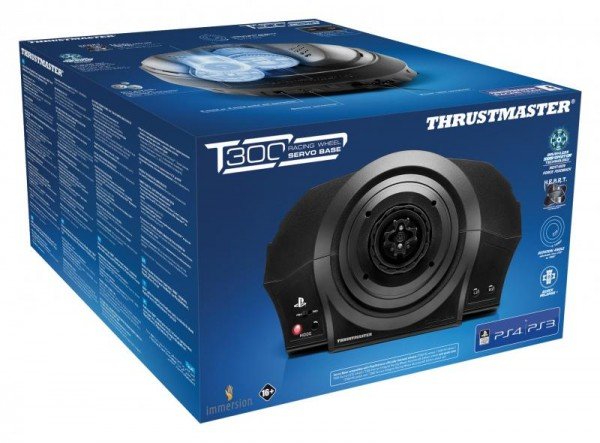 Ever since the Xbox One compatible TX Servo Base was announced in August, PlayStation fans have been asking – mostly us – whether or not Thrustmaster would release a T300 version.  Of course, we didn’t know, but it always seemed like a natural fit and now Thrustmaster has delivered.

This announcement puts a pin on a fascinating week in the world of consumer wheels.  The price battle between Logitech and Thrustmaster appears to be on, with both dropping prices on multiple products.  Check out the graphs from Amazon below to see price adjustments on the Logitech G27, G29 and Thrustmaster T300 RS.

The biggest news in these graphs are the adjustment of the G29 and T300 prices over the past week.  It appears like the T300 has settled in at the $350 price point, creating breathing room from the T300 Ferrari Integral combo – now called the VG T300 Ferrari Alcantara Edition – which sells for $469.99.

Are we seeing Logitech test the waters of a lower price point?  Hard to tell, but the G29 would be a strong offering at the $300 price point.

Then we have the G27 which has done the opposite of what a legacy product is suppose to do, get more expensive.  A year ago you could have picked up the aging wheel for under $200.  Now the price is at $249.95 and sometimes even higher.  Is this Logitech trying to get the most out of the dwindling stock of G27’s or are they trying to push people to the G29?  Or is it both?

All interesting stuff going on here and it will be interesting to see what changes between now and the busiest consumer day of the year, Black Friday.