Thrustmaster is truly expanding its #SimGear catalogue this year. The latest addition, the  T.Racing Scuderia Ferrari Edition, a headset specifically designed with #SimRacing in mind.

Especially F1 fans might have already recognised some elements in the design of the T.Racing Scuderia Ferrari Edition headset, and that is definitely no coincidence. The looks were inspired by the headsets which the Ferrari pit crew wears during F1 races. This becomes especially obvious in the shape, the use of the “Rosso Corsa” Ferrari colour and the choice of robust materials for example.

Why is it a Match for Sim Racing?

Thrustmaster states that it has addressed some “very specific issues that racing game players and real-world drivers frequently encounter”. It has done so by using 50 mm/2” drivers, allowing for clear reproduction of sounds without saturation, and by preventing distortion (≤ 1%) through a sound pressure level of 116dbSPL.

In short, the headset’s internals where modelled to capture and convey the sensations of the road and […] racing environment”, i.e. for #SimRacing.

As for the microphone, Thrustmaster promises “effective communication”, and by the way, the microphone is indeed adjustable and detachable.

A nice touch, the volume can be adjusted with a volume knob right on the left ear cup. 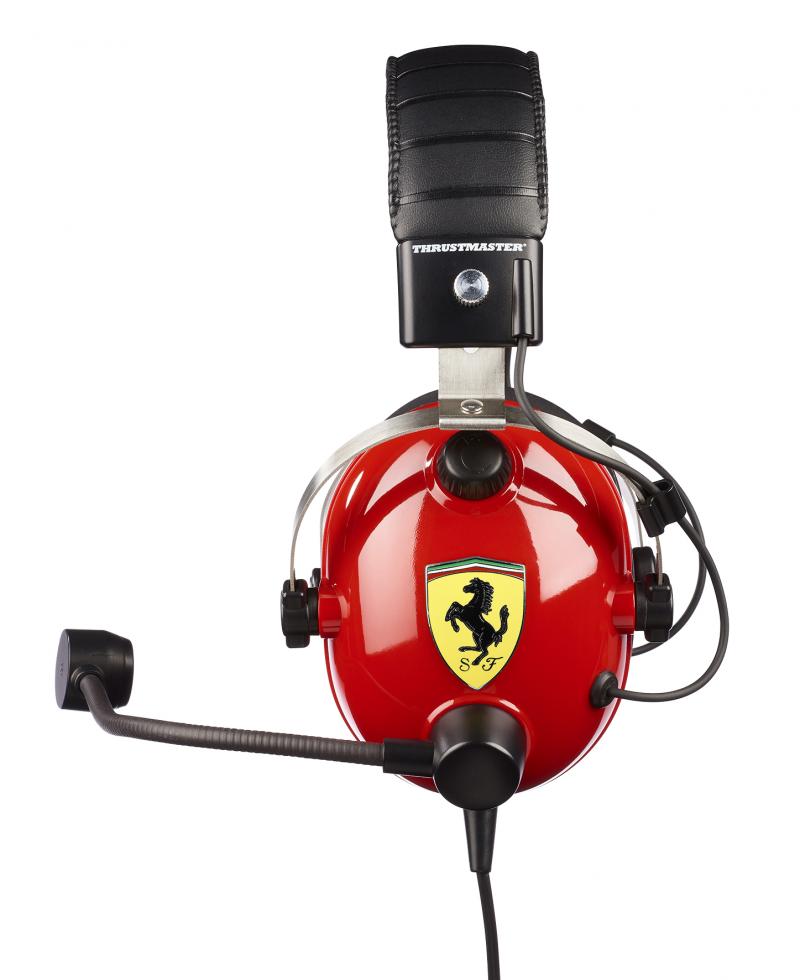 What’s in the Box?

The headset will be released on November 20 and will be officially launched at the Ferrari store in Milan during the upcoming weekend. Pricing was not yet disclosed.