For this week’s Throwback Thursday, we’re not only taking a look at one, but two titles! Test Drive is one of the most prolific racing series around, with over 15 titles spanning the past 27 years. We’re going to take a look at Test Drive and The Duel: Test Drive II. 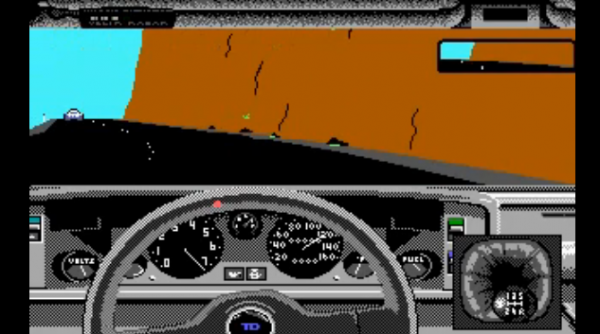 First off, we’ll take a look at where it all began. Test Drive was developed by Distinctive Software and released through Accolade in 1987. You had a wide variety of computers you could play TD on, including the Atari ST, Amiga Amstrad CPC, Apple II, Commodore 64, and MS-DOS. You had the choice of driving 5 high-end cars through a winding road, avoiding traffic and police. The single course was divided into 5 stages, which are separated by gas station “chekpoints”. There were no computer opponents, and you just raced against the clock. 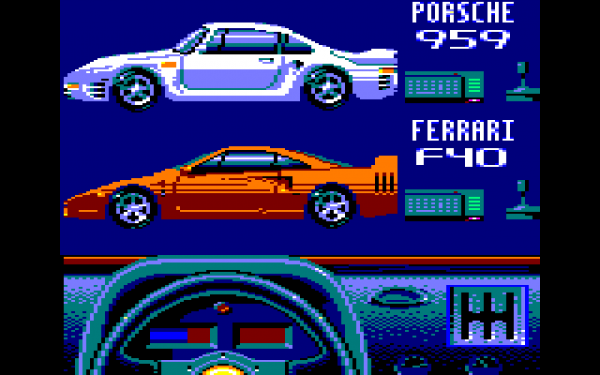 Two years later, Distinctive Software and Accolade released The Duel: Test Drive II. The sequel made the jump to home consoles, with versions released for the SNES and Sega Genesis/Mega Drive in 1992. Computer versions also expanded to include the MSX, ZX Spectrum, and Apple Macintosh. Racing against the computer was added to the game, in addition to racing against the clock. Car choice was very limited out of the box, with computer versions having two cars and one course (albeit with a variety in scenery in stages). The console versions added 1 more car and 3 more courses.

One benefit the computer versions had over the consoles were the ability to purchase add-on packs to increase the car and track count. Two car packs added more supercars, and some American muscle cars to the title, increasing the car count to twelve. Two “scenery disks” allowed you to also race through California and Europe.

Test Drive and The Duel definitely laid down the groundwork for the series as we knew it. Best of all, you can now find it for free as a 3-pack (including TDIII – The Passion), so you can give this chapter of sim racing history a spin!

Do you guys have memories of racing through the cliffside in Test Drive? Let us know in the comments below!