Presenting my Codemasters Dirt Rally first look and impressions ! As a fan of the Dirt series, I’ve really been looking forward to this.  No, Dirt 2 & 3 aren’t  sims, but they were both a ton of fun to play.

One of the questions I’ve been getting is “will this replace Richard Burns Rally” as the ultimate rally sim. I’d have to say that it has the potential to. This title is a leaning a lot towards being a full simulation and I couldn’t be happier. 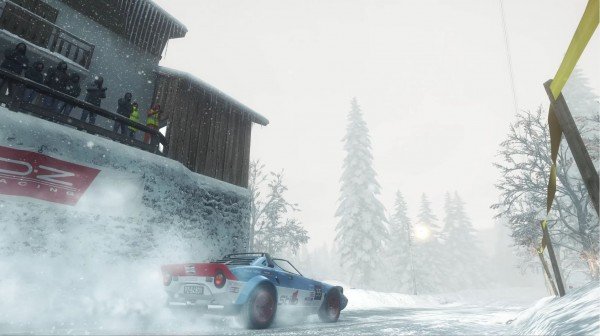 It’s considered a “Steam Early Access” title which means it’s still in development and we’re basically paying them to help beta test it. That seems to be the route most sim racing developers are going these days. Assetto Corsa, rFactor 2, Raceroom, iRacing.. Heck all of them do that.

So far I have run into a pretty major bug and some others have as well. As you can see from th video, or hear, my co-pilot is silent. I tried everything to get him to relay the pacenotes to me and nadda, zilch, zip.. Codemasters is aware of this bug and are looking into it. In the mean time, I’m currently installing it on my main rig to try it with triple monitors and hoping my co-pilot speaks up !!

My other gripe is the weak force feedback so far. Seems others have complained and so it’s on their list of things to work on .

If you’re a rally fan, I would highly recommend getting this to help with the development. It;s only $32 until May 4th  then bumps to $35 and in the long run looks like it will be worth the investment.

Stay tuned to our sim racing channel, or right here at ISRTV.com for more coverage of Dirt Rally. As a huge fan of rally sims, I’ll be all over this one for a while !

If you got Dirt Rally, what do you think so far ?