For this weeks’ Throwback Thursday, I’m going to do something different. In light of the announcement that SimBin will be restructuring and changing its name, I’ve decided I will give you guys a rundown of what SimBin has done in the 10 years it has been in the industry.

SimBin got its start back in 2003 as SimBin Development Team, founded by Henrik Roos (champion race car driver) and Ian Bell. Their first public release was the GT Racing 2002 Mod for EA’s F1 2002 title. The mod became extremely popular, and was regarded as one of the top pieces of content for the title. If you want to give the mod a try, and you own F1 2002, you can download it here.

Following the success of the GT Racing 2002 Mod, SimBin decided to give a full game a shot. They licensed the game engine from ISI, and started development on GTR – FIA GT Racing Game. They licensed over 20 cars from the 2003 FIA GT Series, inlcuding NGT and GT classes. Extremely large fields were supported if you had a strong enough computer, over 60 opponents! 24-hour races could also be run in the game, with dynamic weather and day-night transitions.

SimBin also adopted the open ended ecosystem that helped get their start, and helped the community bring quality add-ons to their game. SimBin also released an Oval add-on, which added a couple oval tracks to the game.

GT Legends came out in 2005, and featured a wide variety of classic cars. Legendary cars from the 60’s and 70’s were recreated in very high detail. Over 25 variations of real world circuits are in the game. A comprehensive career mode will allow you to progress from cars such as the Mini Cooper up to the high end Porsche Prototypes. The game utilized the new ISIMotor2 engine, but left out features such as day/night transitions and weather.

GTR 2 was released in 2006, and expanded on the content in the game, including features such as a driving school. The licensing expanded to cover the 2004 FIA GT Series in addition to the 2003 season. 27 car models and 15 real-world circuits are included in the game, with hundreds of mods available for download. One of the most popular mods is the Power and Glory Mod, which took the cars from GT Legends, and converted them into the historic versions they were (GTL had them at a more modern, “restored” state). 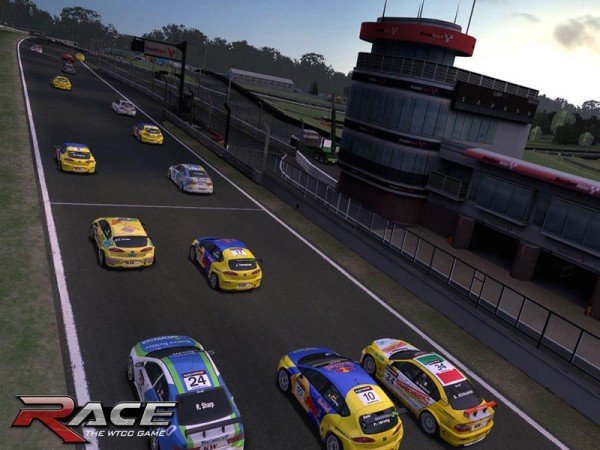 A couple months after GTR 2’s release, SimBin released RACE – The WTCC Game. This was SimBin’s first deviation from the FIA GT series, going to the beating and banging of touring cars. You can race in the cars of the 2006 WTCC championship, or you can drive the lightweight Caterham Seven road car.

In 2007, a Sequel to RACE was released. RACE 07 – The WTCC Game greatly expanded on the content available in RACE, including SimBin’s first foray into open wheel cars. The Formula 3000 and Formula BMW were in the game, as well as cars such as the Radical SR8. A port to the Xbox 360, RACE On, was released in 2009.

RACE 07 also served as a foundation for a multitude of additional content: 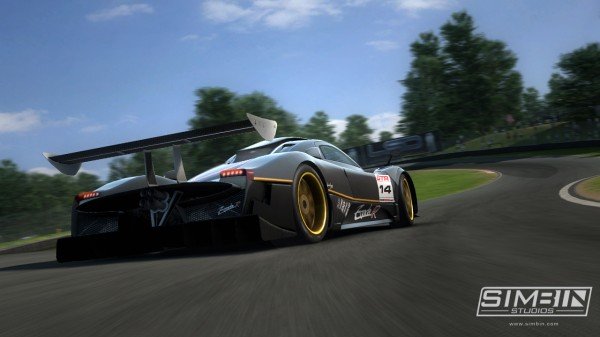 In 2011, an official website for a “GTR 3” popped up. There isn’t much to the site, but what there was drove fans crazy! In-game soundbytes from the game were teased, claiming to “change the way you experience racing games forever”. Since then there was no news, save for a single teaser shot, showing the Pagani Zonda R.

In 2009, Ian Bell left the company he helped start to form Slightly Mad Studios, so SimBin decided to work on a new title. 2010 saw no releases, but in 2011, SimBin released RaceRoom The Game 2. Five cars and six circuits were available to be driven on in this free title.

In 2012, SimBin released a Free-to-Play title, RaceRoom Racing Experience, their most controversial title to date. While it is regarded as having some of the best sounds in sim racing, it came at a cost of physics. As of right now, the title’s still in beta, with limited Multiplayer and no AI. The game features 5 cars and 2 circuits in the base content, with the ability to purchase more cars and tracks.

Restructuring and the Future

Just this Monday, SimBin announced that they are undergoing a restructuring phase, amid rumors that they were going bankrupt. Jay Ekkel reported that one of the reasons they are moving locations is to be in closer proximity to fresh talent. Also, as part of this new restructuring, SimBin will be undergoing a name change. What will come out of the new company in the future? Only time will tell.

If you’re interested in reliving the SimBin glory days, you can find a Mega Bundle on Steam. For $40, you can get ALL of the games mentioned in this article (save for the RaceRoom titles). Note that due to licensing constraints, Ferrari and Porsche were cut out of the Steam version of GTR 2, but a quick Google search could help you find out how to bring them back.

What was your favorite SimBin title? Let us know in the comments below!