Sim racing with full size ex Rally Subarus, yeah, bring it on, mate! I learnt recently through an industry acquaintance that there was a local business located in the southeast of The Netherlands, where a couple of Subaru ex-Rally cars had been converted into life-sized simulators. Naturally, I just had to check these out for myself! I contacted Ferdi, the CEO of QSP Products and asked him if I could arrange a visit to give them a try!

Upon arrival in Waalwijk, I was warmly greeted by Ferdi, the CEO of QSP Products. He is a very accommodating bloke and was only too happy to give me a tour of his business.

Not having really known much about this company prior to my visit, I was surprised at the scale and scope of the premises. Their core business is catering  predominantly to the Subaru autosport and tuning communities. They also have an in-house race prep work shop and rolling dyno specialising in Subaru rally cars. Also the company has recently moved into the aftermarket tuning sector and has a huge range of tuning parts for Subarus, as well as other brands and models. Some of their products can and do make the crossover from real world to sim racing purposes. 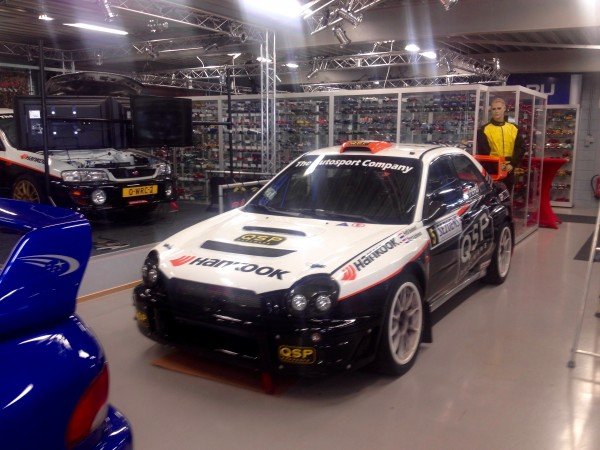 Ferdi is an enthusiastic rally driver and has created an impressive show space dedicated to all things racing, including his own recent Subaru rally cars, as well as some very nice road racing vehicles from differing eras. In addition to these, there is a very nice race themed cafe for company and club functions. Furthermore, Ferdi has put together an absolutely huge collection of model cars numbering in the thousands, which has to seen to be believed! These models are all neatly housed in their own glass display cabinets and take up a large portion of the show space.

With all these great cars to look at, the two full-sized Subaru simulators were immediately visible as they took pride of place atop a small podium in the center of QSP’s show space.

Replacing the Subarus’ normal controls with Fanatec Club Sport wheels, pedals and shifters, Ferdi also added 3 big screen televisions to specially made metal racks, allowing the screens to hover above the bonnets of both cars, thus giving the drivers a realistic perspective from inside the cockpits.

Although they are not motion simulators, the cars are mightily impressive to look at and sit in! Cleverly, the PCs for both simulators are housed where normally you would expect to see the gutsy boxer engines sitting. The quality of the fabrication work to solidly mount the Fanatec gear in a real car has been expertly carried out by QSP’s professional employees. The result is a Subaru / Fanatec hybrid, and because all the fitted hardware is full sized, you are forgiven for thinking it is all factory fitted equipment.

It’s not every day that you can actually climb into a real rally car and go sim racing! For this very reason, these simulators have something up on all the other standalone cockpits and race seats I have been lucky enough to try recently.  With Stefan’s help, I got seated in the snug racing seat. Looking at the car’s racing controls and glancing out over the dash at the large triple screen setup, we fired up rFactor2 and chose a Nissan GTR Nismo and the Suzuka GP circuit to blast around!

I was immediately at home, everything fell to hand perfectly and the feeling of sitting in a real car and driving in a sim game was, to put it lightly, surreal! With a sound system mounted inside the car, the engine and road noises were realistically transmitted to my ears. All in all, I spent a couple of hours tearing around Suzuka and because the hardware was so well suited to the task, I could really push things to the limit on track and get the most out of the experience. 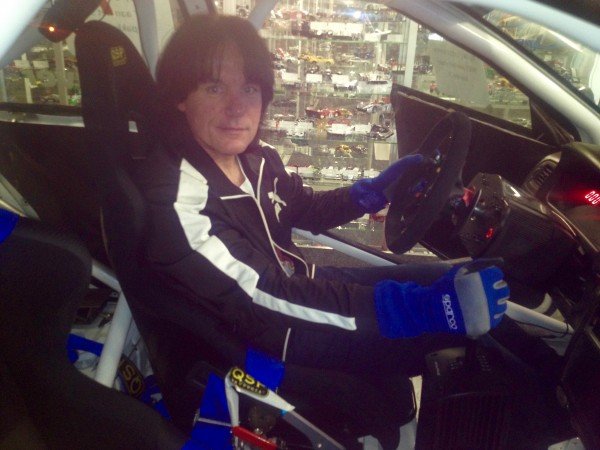 I also tried Richard Burns Rally in the sister car, which was very cool as well and totally different in terms of driving style and feel behind the wheel. All the guys at QSP love rallying, so unsurprisingly they are quite adept at driving these sim cars quickly! I had fun watching them blast through the forests of Finland in their Scuby!

I really had a great time in these sim cars and I would like to thank Ferdi and his employees for their hospitality and kindness in allowing me to take their cars for a spin.