Milestone is making 2018 a big release year, especially for the ones who prefer racing with two wheels. Not only is MotoGP 18 on its way to a release very soon, but the Italian developer has now also lifted the curtains of Ride 3, coming November 8!

What Do We Know So Far?

Apart from what we see in the announcement trailer, really nothing. We can only make guesses as to what could be coming.

Now, what we do know for certain though, is that Ride 3 will be featuring the Unreal Engine 4, as Milestone is making the switch to the new engine with all its other titles too (plus, it is mentioned on the banner below). This will definitely lead to extensive graphics and physics upgrades.

Furthermore, if you pay attention to the voice-over dialogue in the trailer, it seems that Ride 3 might be heading in more of an open-world direction this time.

Ride the most beautiful and powerful bikes ever crafted. Explore the most amazing roads in the world on your two wheels companion. Customize your bike’s every single detail, making it a reflection of your riding style and your own personality. Feel the adrenaline, the competition, the freedom. Feel everything.

Any guesses what else could be coming up?

Again, the global release date is November 8 on PlayStation 4, PC and Xbox One. 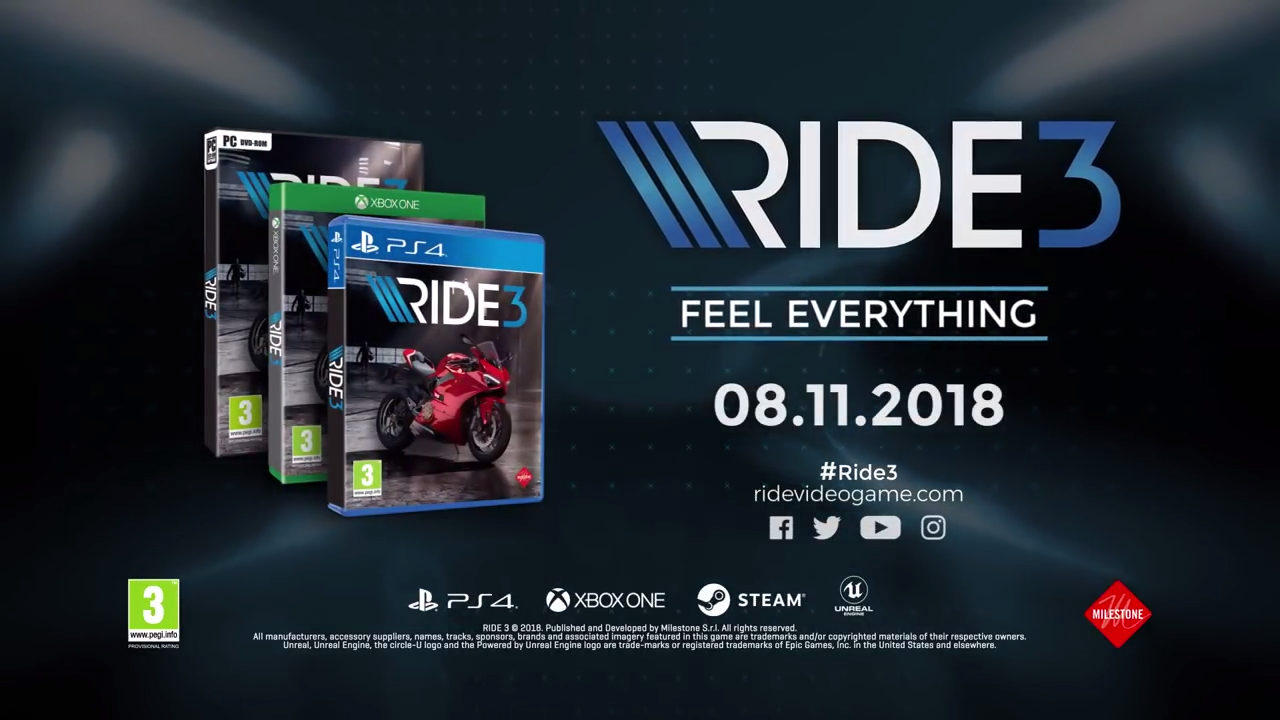