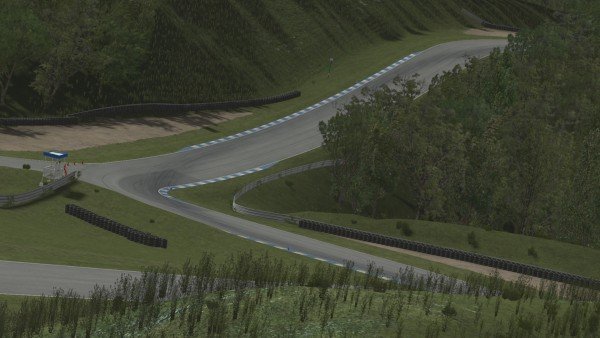 ISI has released their latest track for rFactor 2, Atlanta Motorsports Park (AMP).  If the track doesn’t ring a bell its probably because it’s a club track that only opened in 2012.

The 1.83 mile track (in full configuration) was designed by the notorious Formula 1 track designer, Hermann Tilke.  In typical Tilke form it has plenty of turns, making passing tough, but making for entertaining driving for track day guys (what it’s intended for).  The entertainment level of the track is also helped out by some serious elevation change that gives it a roller coaster feel, similar to another southern club track, Barber Motorsports Park.

AMP comes in five configurations, the full circuit and four (!) kart layouts from 0.27 – 0.85 mile long.  Also of note, is rFactor 2 is the first title to feature AMP.  In a world of “one sim gets a license, everyone gets it,” its cool to see something unique.