Welcome to one of the most requested reviews I get here at Inside Sim Racing and it’s of the Oculus Rift DK2. First up I’d like to thank Guido Mercera for letting me try his DK2 out. He asked if I would order it for him since he was having issues doing it himself. Only condition from me was to let me try it and report on it here on my show. So I’ll have it for another few days and then be shipping it off to Guido.

Whats in the box.. You get the headset obviously, all the cables to connect it to your PC, a head tracking camera with a USB cable to connect it and power adapters for all regions. 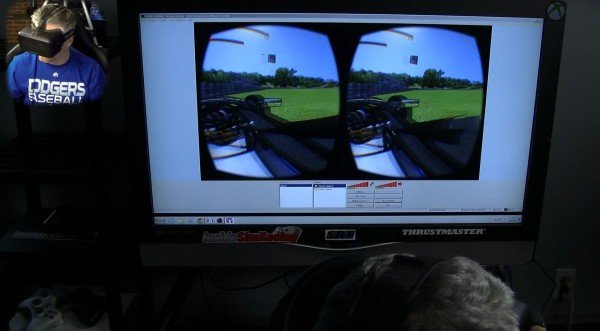 First up, lets go over the setup.

It’s not a plug and play experience.

You can plug it in and it is recognized as a display, but that’s about as far as you can go. The instructions sent by Oculus are more for the Developers and not the consumer and rightfully so since this is a Developers Kit version and not the CV1 or consumers version that is supposed to come out later this year. You can check out the User guide though if you go to developer.oculus.com and click on “documents” and grab the Oculus User Guide PDF. That’s what I should have done but ended up searching the net for info.

First thing you should do before plugging it in is head to the Oculus website and grab the correct files. The instructions tell you to grab the SDK, but that’s not needed to use it.

Go to developer.oculus.com and click on the downloads tab. Grab the Oculus Runtime for Windows file and install it. It installs the following:

Once you do, reboot and you are ready to start setting it up. I’d go over more of the setup and thought about doing an in depth segment on it, but when the CV-1 comes out a lot may change. The DK2 has been out for a while too and there’s lots of videos and resources out there on how to set it up, so I felt it was best to steer clear of that for now and let the point you to the people that have spent a good amount of time with the Oculus Rift DK2 help you get it set up.

I ended up running this on my secondary system which is less powerful than what I have on my main rig. My test PC was my older AMD 6 core with an Nvidia GTX 760 graphics card. Quick disclaimer on that, I probably would have had better results plugging it into my i5 with my Nvidia 780 GTX ti but wanted to see how things ran on a lesser system. 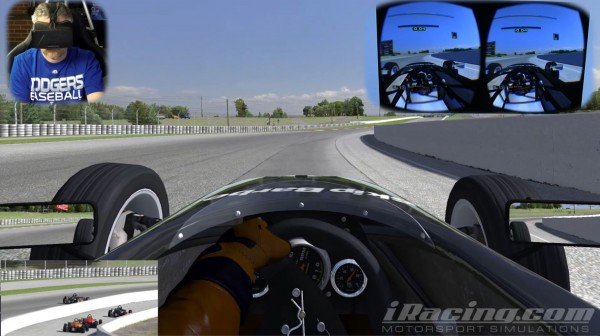 First up I tried it with iRacing and once you have it setup, iRacing recognizes that you have it plugged in and asks if you want to use it.. It then takes you to another disclaimer notice and then into the sim. One thing I will recommend is to set up a button to map the HTD centering or head tracking device. So just in case you get into iRacing and it’s off center, or becomes off center during racing, you can re-center things. There’s a very long thread in the iRacing forums on how to setup the DK2 and I recommend checking that out as well as the official Oculus forums. 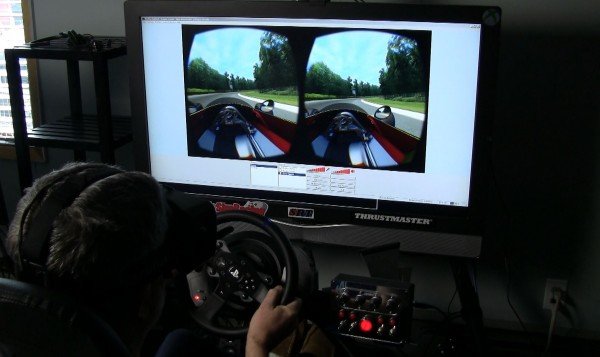 Then I tried it with Assetto Corsa and it was a pain in the ass. Once I got in, it was really cool to look around the cockpit and it worked pretty well in game.. But.. To get it to work, is a pain in the ass like I said. You have to run in extended mode and then change the Oculus to be your primary display even though in game you can set your display to Oculus, you have to jump through some hoops to get it to work right. Then you have no in sim menus and it’s a pain to get out of the sim to make adjustments.

Finally I tried Live for Speed. It had native support and I didn’t need to jump through hoops to get it to work, but I had major judders. If you’re not sure what that is. Basically the head tracking resets, or judders and really messes with your head. I looked at many different fixes to try and get it to work, V sync off and on, FPS locked to 76 and nothing worked. Judders no matter what I tried.

So, that’s going to lead me to some Pros and Cons of racing in Virtual Reality or with a head mounted display in it’s current state with the Oculus Rift DK2.
`
Pros:
Head tracking
Less Horsepower to run versus triples
Puts you in the cockpit
Lots more affordable versus triple screens
Can look around 360 degrees
Can be pretty cool when working right

Cons:
Uncomfortable
Resolution pixelated
Head tracking can reset while driving or be juddery
Finicky to setup
Can’t see buttons, keyboards or displays with it on
Virtual mirror gone in iRacing and cockpit mirrors are even more pixelated than the general view.
Cables coming off your head

So as we all know, this is a developers kit. I thought the resolution from the DK1 to this had improved a bunch and it has. It doesn’t seem that much better and feels like you are looking through a screen door. Compared to a monitor, the resolution is horrible.

Some people swear by it, I personally wouldn’t do a high stakes race wearing one. It’s cool to mess around, look around the cockpit, behind you, etc. But for racing, it’s not for me. It’s harder to find apexes, braking points and just see things in the distance in general. I do like the 3D aspect of it and the head tracking, but that’s where my fun ends

For me, it’s not cutting the mustard yet. When I got this and based on how many swear by it, I was considering selling off my triple screens and running the Oculus. Now that I’ve spent some time with it, no way. Maybe when the CV-1 comes out, it will have improved resolution, be easier to setup and provide a much more complete solution or replacement to monitors. I’ve also read the head tracking will be smoother, less judder. I’m also assuming once the CV-1 gets closer, the support from the developers will be much more complete. iRacing is the closest to complete, LFS seems to be close too except for the judder issues I had (may have been PC related) and Assetto Corsa seems like something they just slapped together and let us play with it. For now, I’m sticking with my triples.

Thanks again to Guido Mercera for letting me try his out. It was fun, but not worth the effort to get one for myself. If you can try one before you buy it, you should.. I think it’s a great start at virtual reality and I can’t wait to see what the future holds in this department.