In 2015 we reviewed the Next Level Motion Platform and thought it was a pretty good solution for motion, if your budget and space wasn’t massive.

Then the V2 motion platform was announced in the spring of 2016.  It took the original idea and refined it, taking the external power supply and putting it under a very attractive shell, increasing the speed by 200% and reducing the noise from the already not-that-loud V1.  And while we got the chance to try it out at E3, the V2 was replaced by the model we’re reviewing today, the V3, before we could even get it here in the studio.

Why did the V2 come and go in under 6 months?  We’re not sure, but it clearly influenced the V3, and that’s a good thing. 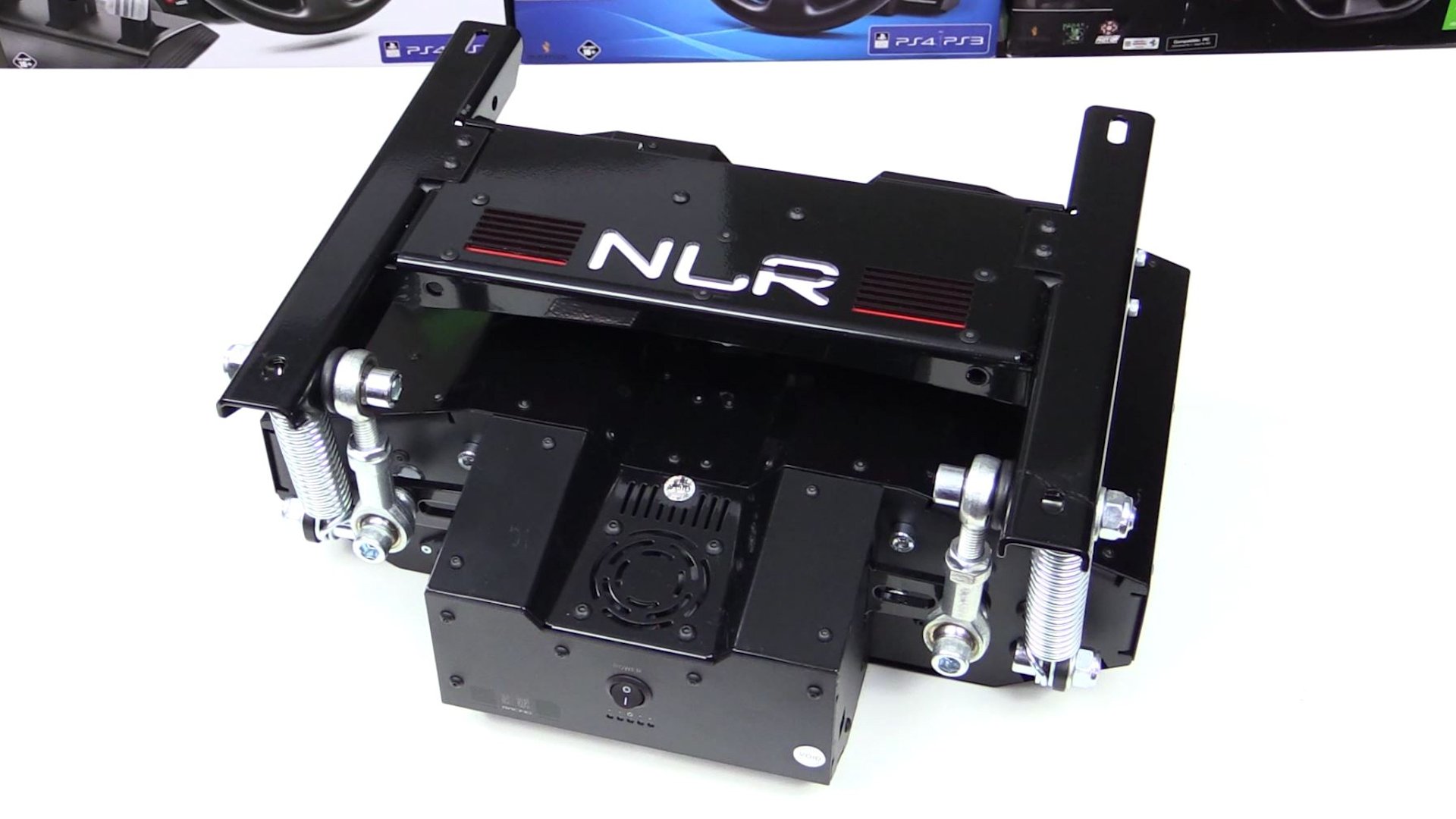 Not only do the new panels look great but so does the motion platform itself.  The shape, materials, fit and finish are all top notch.  As we mentioned earlier, the external power supply from the V1 went internal for the V2 design, and is carried over for the V3, really cleaning up the look.

The only noticeable visual change from the V2 to the V3 is the motion platform’s color, which has gone from very red on the V2 to black on the V3.  I did think the red looked sharp on the V2 but once installed on the GT Ultimate, the black does have a classier look.

Out of the box, the V3 motion platform arrives like most motion simulators, overly stimulated.  With every setting in the Next Level Racing Platform Manager Software set to 1.0, the platform can really throw you around. 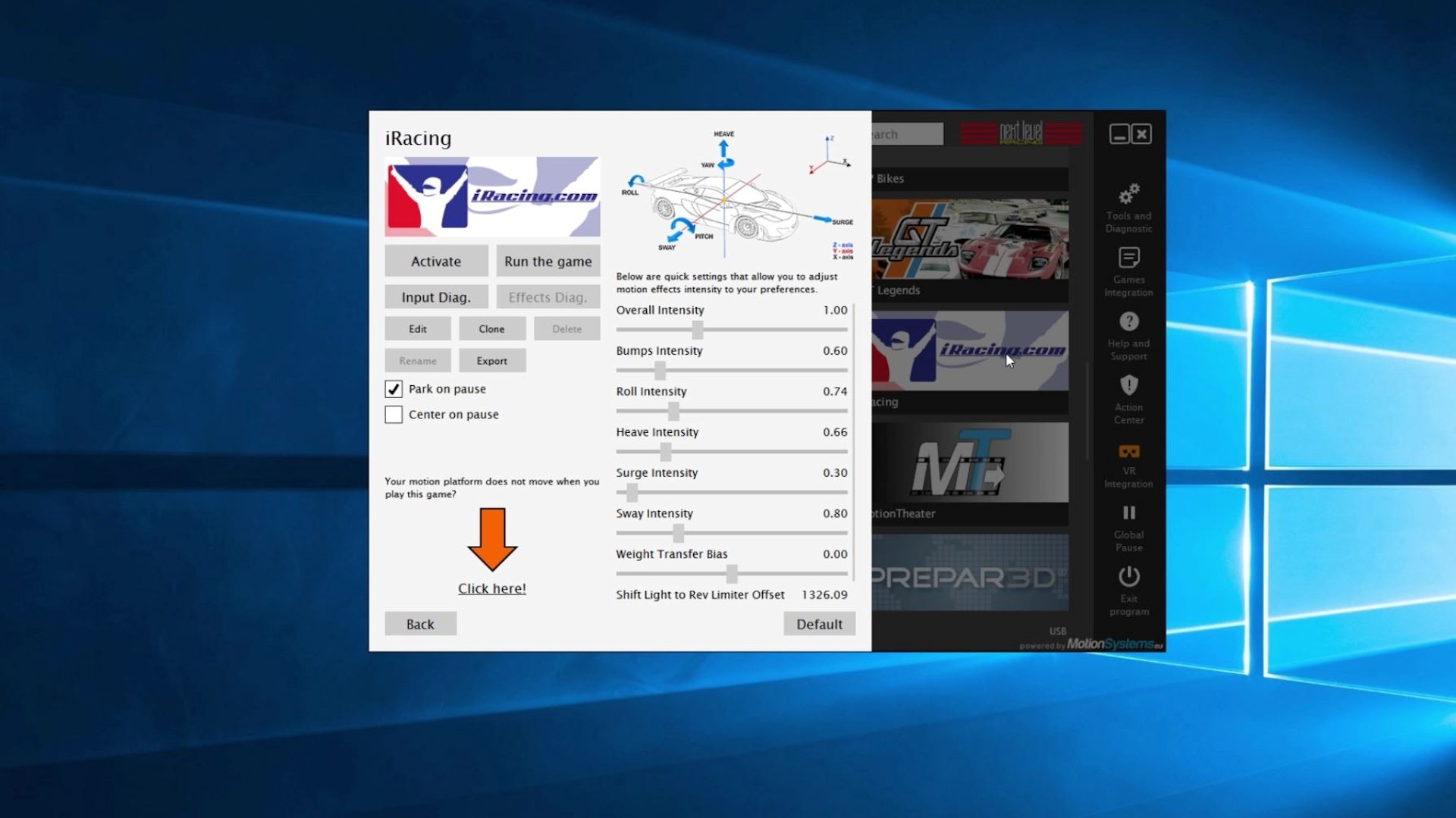 But, that’s where the excellent Platform Manager Software comes in.  Not only does the software support every sim I could think of, but it allows you to adjust as many settings as the game’s API allows you.  This means you can create custom profiles for each title, and even a custom profile for each car in that title.  This process is made easier by the fact that you can clone profiles you already made, then fine tune for individual car.

As for my profiles, the common theme was tuning them down.  I equate motion simulators to woman wearing makeup, a little goes a long way.  For me it’s about feeling an instantaneous response to the on-screen action, not being thrown around like a rag doll.

Was the Next Level Motion Platform V3 able to do this?  For the most part, yes. 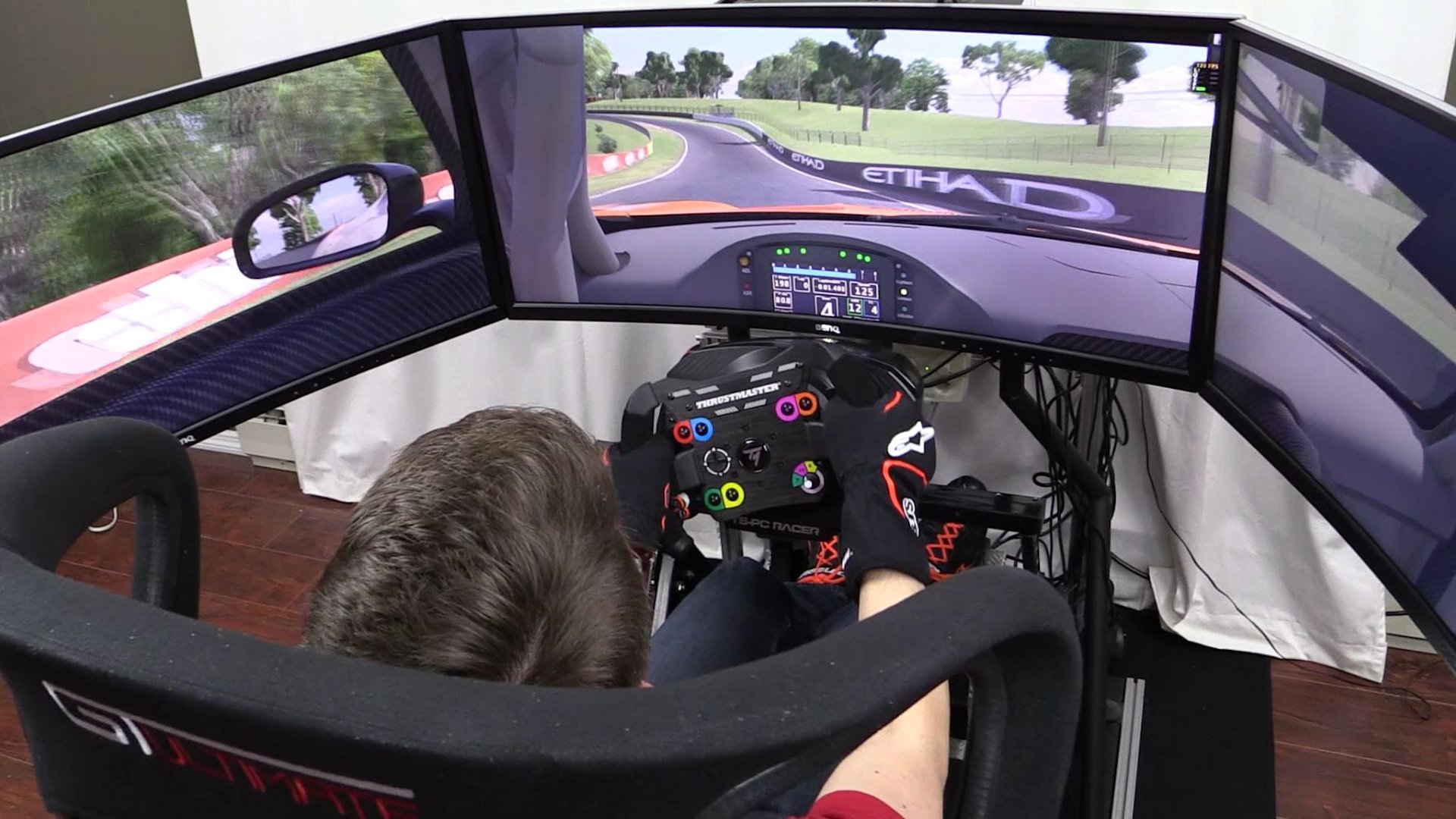 While the V1’s speed at the time felt fine, you can feel the 200% increase in speed on the V3.  It does feel like motion is being translated to you quicker, not only in onset of the motion but the time it takes to get from point-A to point-B.

I don’t know if I would put the response and speed in the same category as something like the SimXperience Stage 4 with it’s ultra fast actuators, but at nearly half the price, I think it performs really well.

Another category it not only does well in, but is a class leader in, is noise level.  This V3 is unbelievably quiet!

By nature, motion simulators are noisy.  Actuators moving seats and/or full simulators around are going to make noise, it’s just part of the deal.

But this is not the case at all with the V3.  It barely makes any sound.  I truly was blown away by this and it really makes it the ideal motion solution if your housemates or neighbors have been the reason why you haven’t purchased a motion simulator.

Another category that the V3 continues to also lead in is lack of space used.  Like the previous versions, the under the seat design is ideal when space is at a premium.

Speaking of saving space, the Platform Manager Software does offer a feature that could potentially save you even more space, VR Compensation. 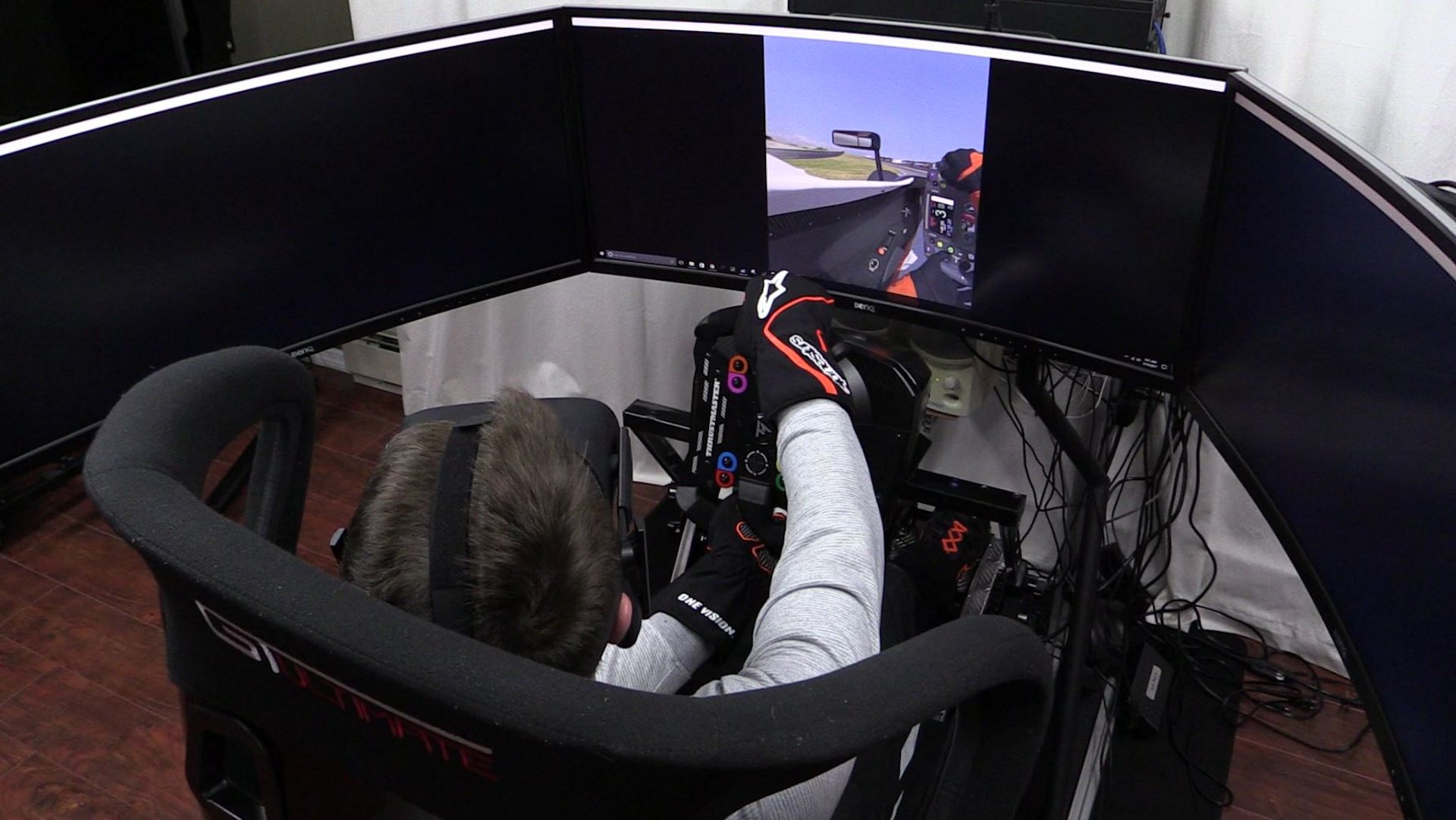 VR Compensation works on eliminating the in-game effect of your head changing positions in the real world when the Next Level Motion Platform V3 moves the seat.  Just enter the distance between your head and the universal ball joint on top of the platform and off you go.

Without it, my virtual head was moving side-to-side, even though I should have remained stationary right in front of the wheel.  It wasn’t terrible, but noticeable.

On the other hand, with VR Integration turned on, no side-to-side movements.  My virtual head was always centered to the wheel, no matter what my actual head was doing.

One more point I want to hit on is support.  Next Level Racing has always been fantastic at pushing updates for their motion platforms.  Since I’ve had the V3, there’s been at least an update a month and sometimes two, always refining and putting in new features based off of community input.

In fact, two things we noted in the V1 review, the seat leaning to the right on ovals and the Platform Manager Software’s scroll function being opposite of norm, are both fixed now.  I even pointed out a couple things I didn’t care for when I started testing the V3, such as the platform rumbling before I was ready to shift in iRacing and some wording I found confusing on the VR Integration instructions.

Guess what?  Within a few weeks there was a new slider allowing you to adjust the redline rumble in iRacing and they are editing the wording for the VR Integration for the next update that may already be out by the time this video is released.

We’ve seen a lot of companies in this sim racing space release awesome products, but not be able to support them once they’re out in the wild.  Next Level Racing doesn’t do this, and is in fact, one of the better examples of how a company should treat their customers. 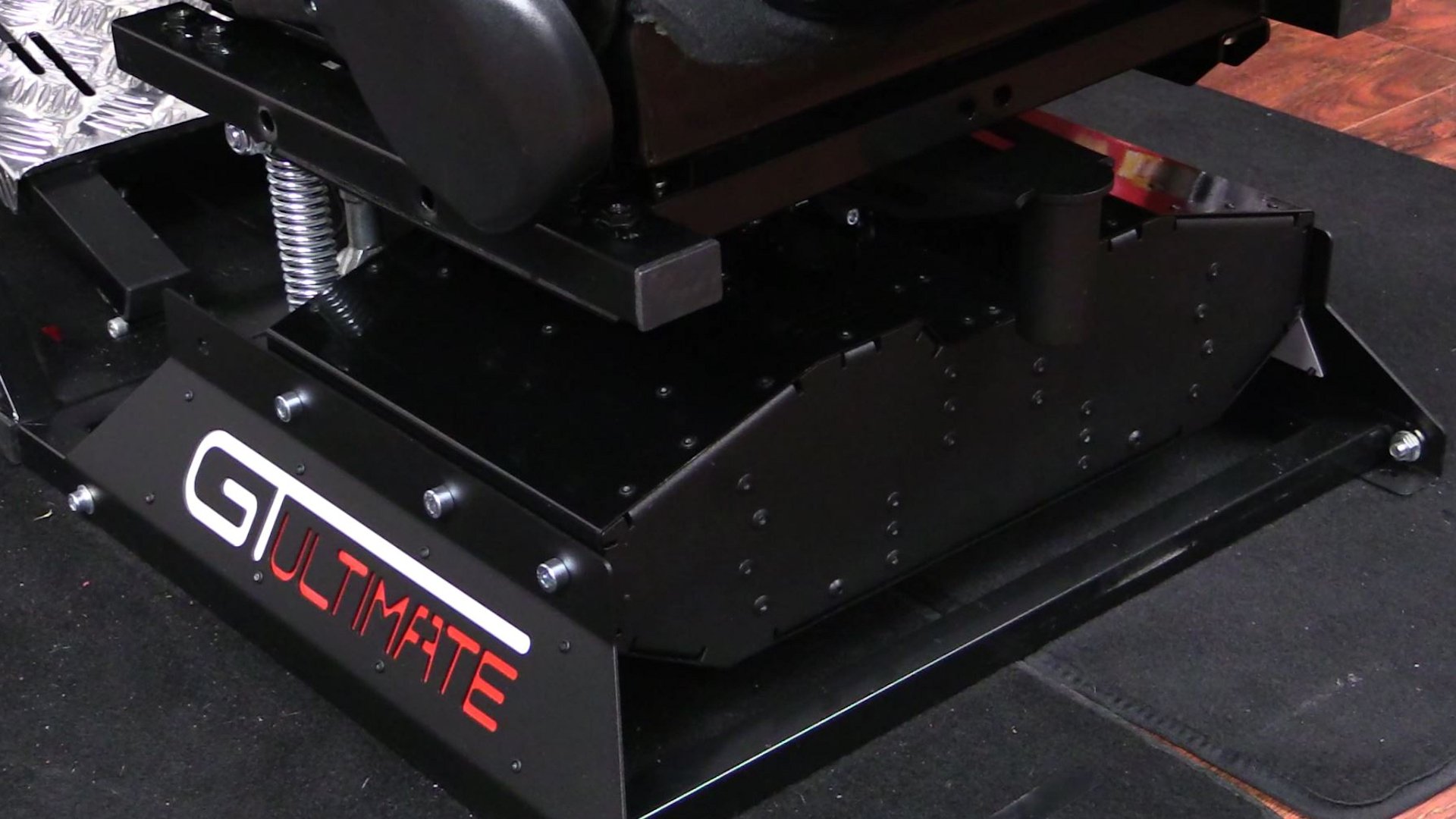 Now, let’s roll to our final thoughts on the Next Level Racing Motion Platform V3.

In short, I like the V3.  I think it looks cool, I like how compact it is, I like that it’s faster, I love how quiet it is, and I’m always impressed by the speed of the software updates.

This all adds up to a package that I find to be immersive. 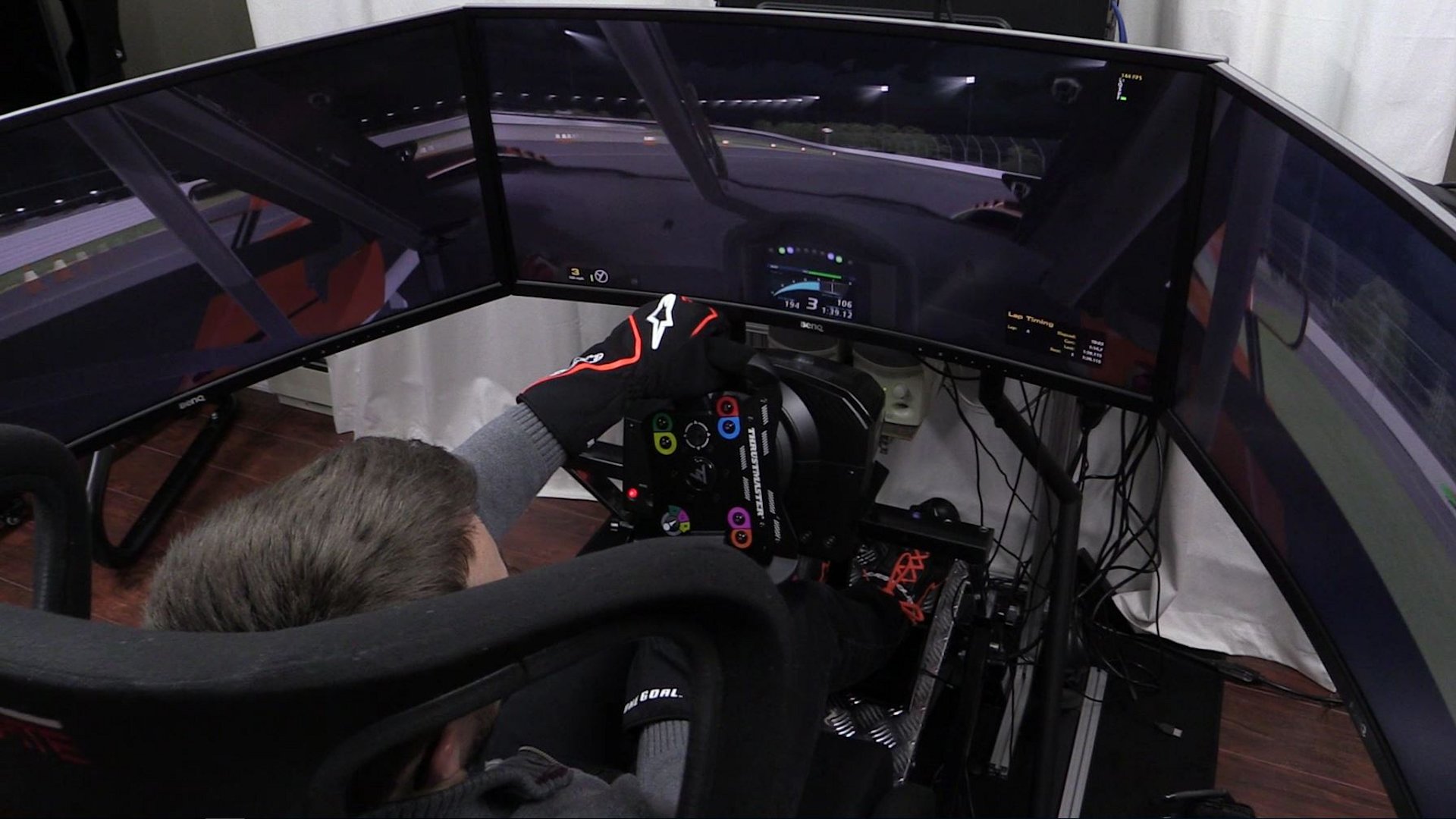 And if I ever entered a session and had forgot to turn it on, I always Alt+Tab’d out to turn it on.  It just doesn’t feel right to drive without it now.

Now, is the Next Level Racing Motion Platform V3 the best motion simulator out there?  No.

There are higher priced options out there that have features such as traction loss that really do help you save the car.  But for what it is – a relatively inexpensive under the seat mover – it’s pretty damn good.

And speaking of under the seat mover, I want to talk about seat mover versus whole simulator movers.

I see a lot of comments about whole simulator movers, such as D-Box, being far superior to seat movers and I totally disagree.  Now, I’m not saying one or the other is better.  What I’m saying is there’s more than one way to skin a cat, and I have sat in some pretty damn good seat movers and I’ve also sat in some pretty terrible whole simulator movers.

It comes down to engineering, hardware and tuning.

The pro to a whole simulator mover is everything – the seat, wheel, pedals, etc – move together, like it would in a real car going around the track.  The con is, the actuators have to carry a lot of weight.  This requires beefier actuators that can handle the weight, but in a trade-off, aren’t as responsive. 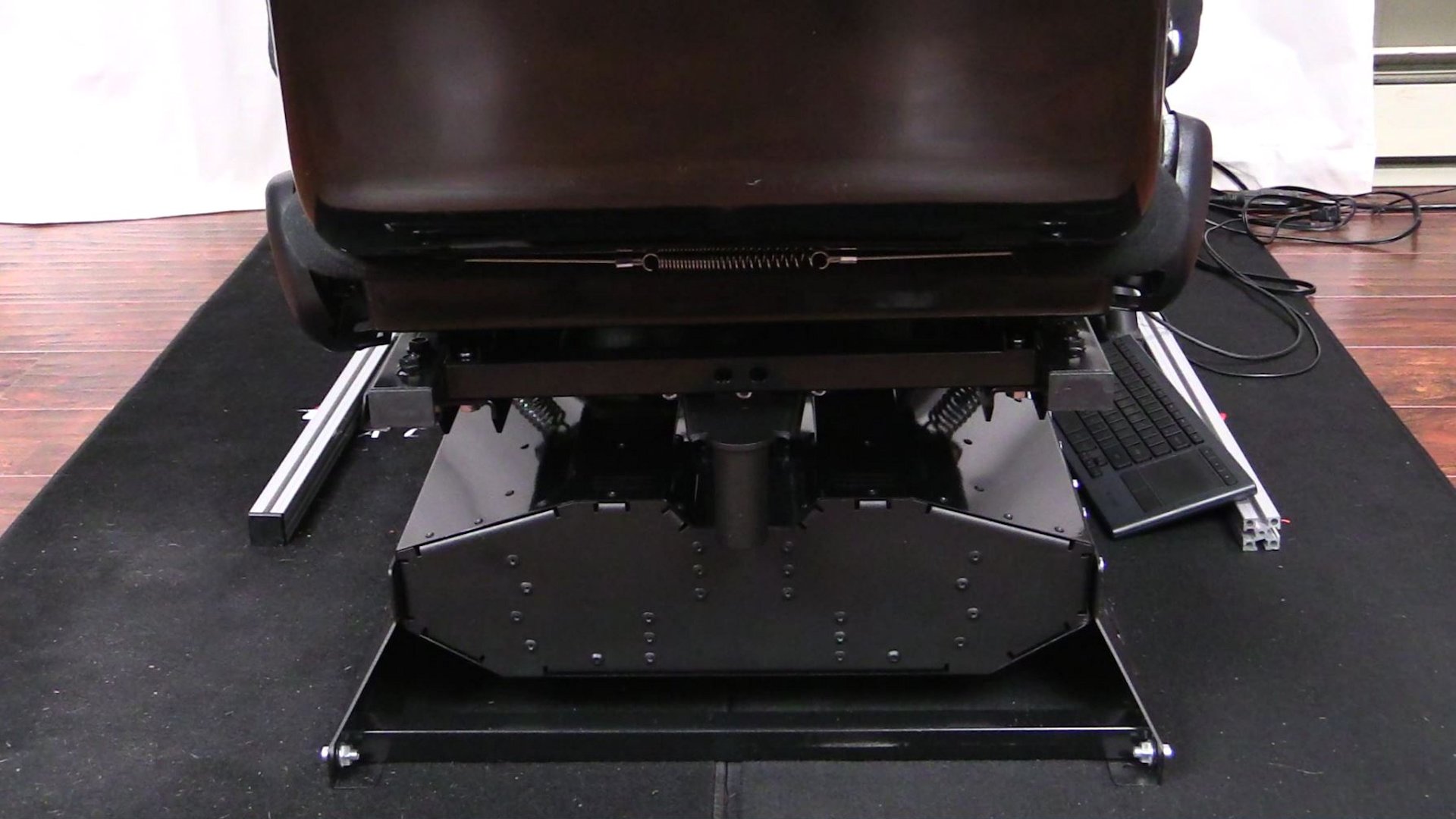 On the other hand, the con of seat movers is that the you and the seat move but your wheel, pedals, etc remain static.  But the pro is, the weight on the actuators is greatly reduced, allowing for faster actuators to be used.  It also puts all the forces directly into the seat / body, giving you more of that g-force sensation.

At the end of the day, I think both designs could work just as well, it just depends on the quality of the engineering, hardware and tuning.

I think what it comes down to is, people are thrown off by videos and experiences of seat movers being tuned way too high.  Motion company’s, Next Level Racing included, want to show how much their motion simulators move, so they turn the settings up and it looks like the seat is pushing the driver against the wheel one second and pulling their feet off the pedals the next.

Seat movers work.  The Next Level Motion Platform V3 is proof of this.  No, it’s not the best motion simulator available.  But it’s cheaper then most, takes up less space, IS the quietest and provides an enjoyable, immersive experience.

And this makes the Next Level Motion Platform V3 a motion simulator you should consider…but not quite yet in the US as stock is currently being worked on at Fry’s and Newegg, with Amazon receiving their shipment in March (if you buy on Amazon, use our affiliate links!: US affilliate, UK affiliate).