A couple years ago Fanatec launched the CSL line of products in the form of the CSL Elite Steering Wheel P1 for the Xbox One. Well, now there’s a new version with the same name….so lets try to keep the two straight as we review the new for 2017 model. 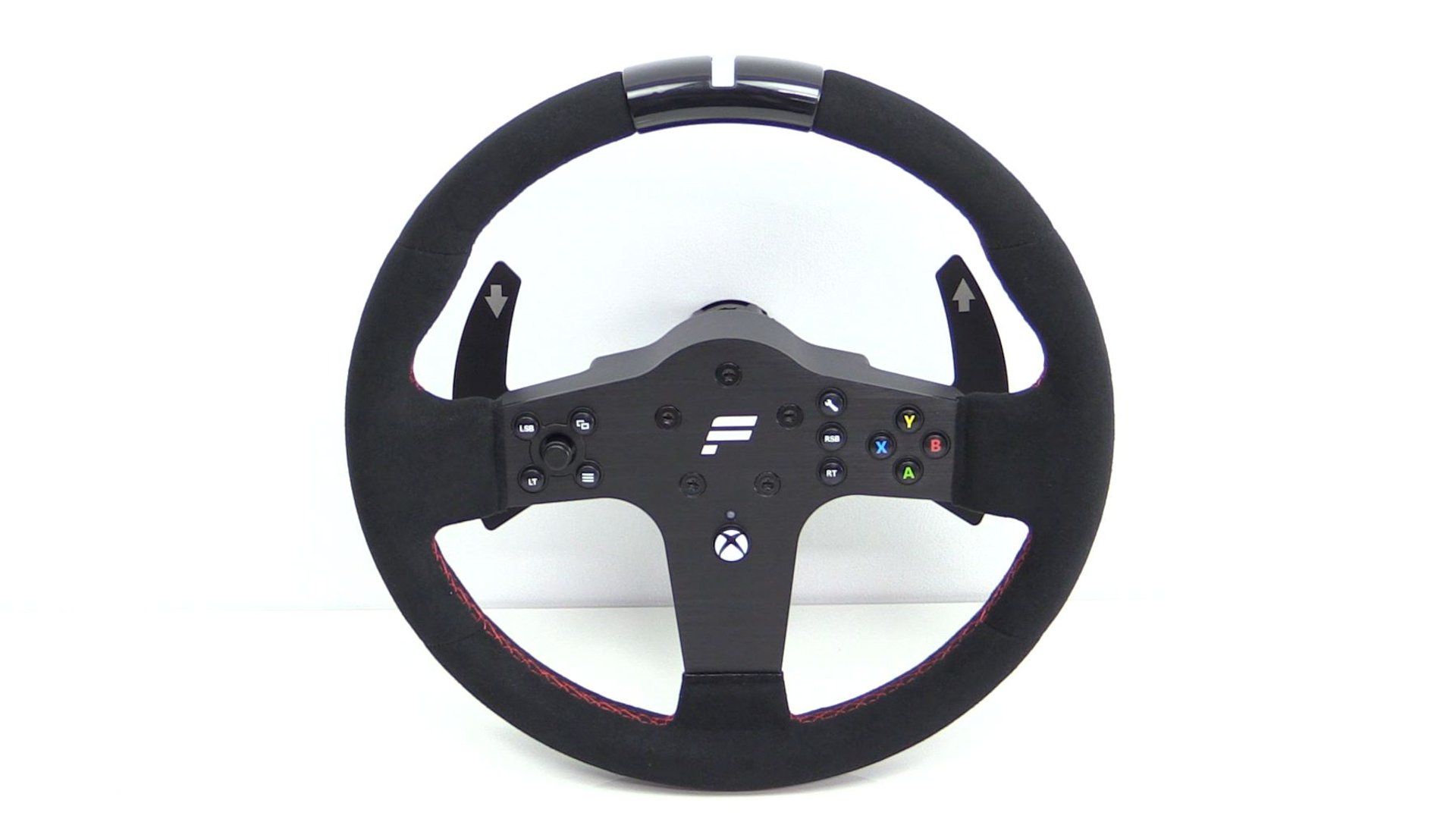 The 30 cm diameter of the CSL Elite really is the perfect size for an all around wheel like this.  Due to its price point, there’s a good chance the CSL Elite is the only wheel you’ll have so it needs to be a “jack of all trades.”  This is what the 30 cm diameter accomplishes.  It’s big enough to work with production cars and stock cars but small enough to work with open wheel and GT cars.

The alcantara wrapped rim is a major upgrade from the old CSL Elite (now just CSL) wheel.  The old, hard, rubber wrapped rim wasn’t very inviting.  On the other hand, the new rim is very inviting with nice alcantara around the entire rim – in comparison to the alcantara and leather PS4 CSL – and the right amount of padding underneath.

If we have one minor gripe, it’s that the rim is on the thinner side.  A little thicker bolsters to hold onto would be nice. 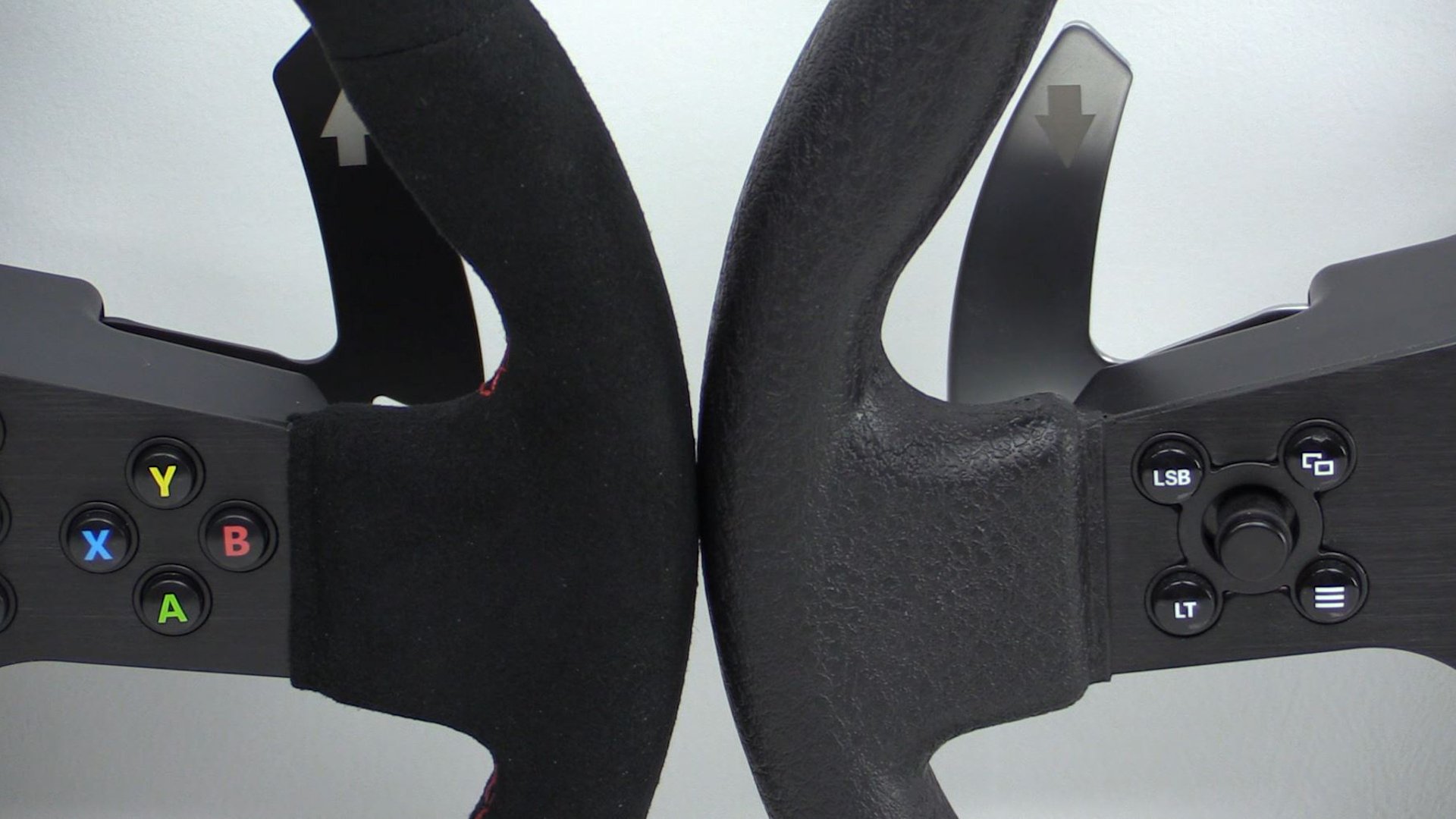 Wheel weight saps force feedback.  It’s less of a concern as you move up in wheel base strength but it’s still something to keep in mind.  Well, the new CSL Elite’s weight is not a concern.  Coming in at 970 g (2.138 lbs), the new CSL only sheds 200 g off of the old CSL – most likely due to the rim’s material change – but it sure feels a lot lighter.  This results in a nimble wheel with no perceivable lose of force feedback due to its weight. 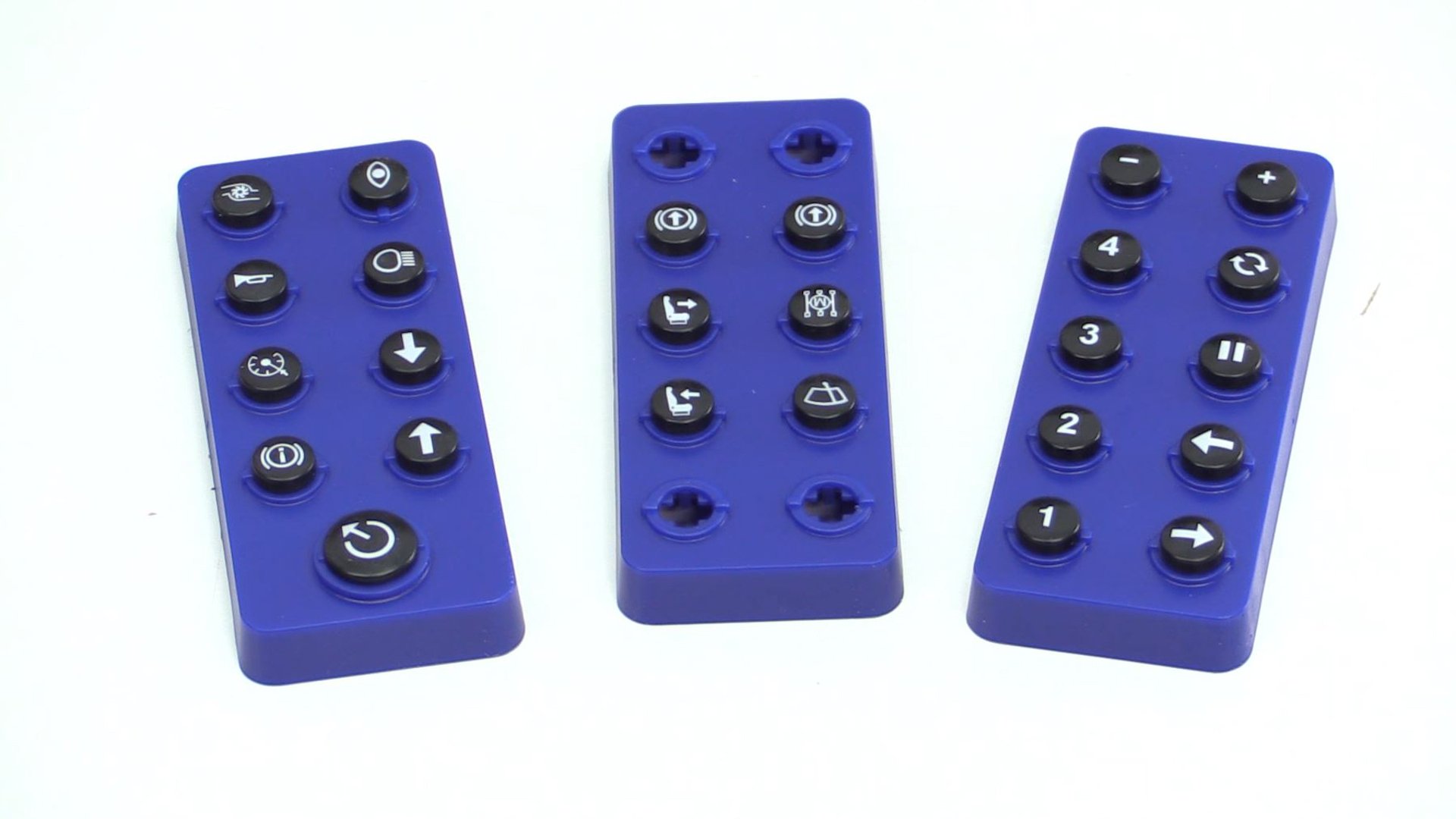 Like the PlayStation 4 version of the CSL Elite, the new Xbox wheel receives swappable buttons as well.  They’re still not the easiest to remove but it’s nice to have other button options when you race on the PC.

That’s pretty slick and a big plus to those who play both sides of the console fence. 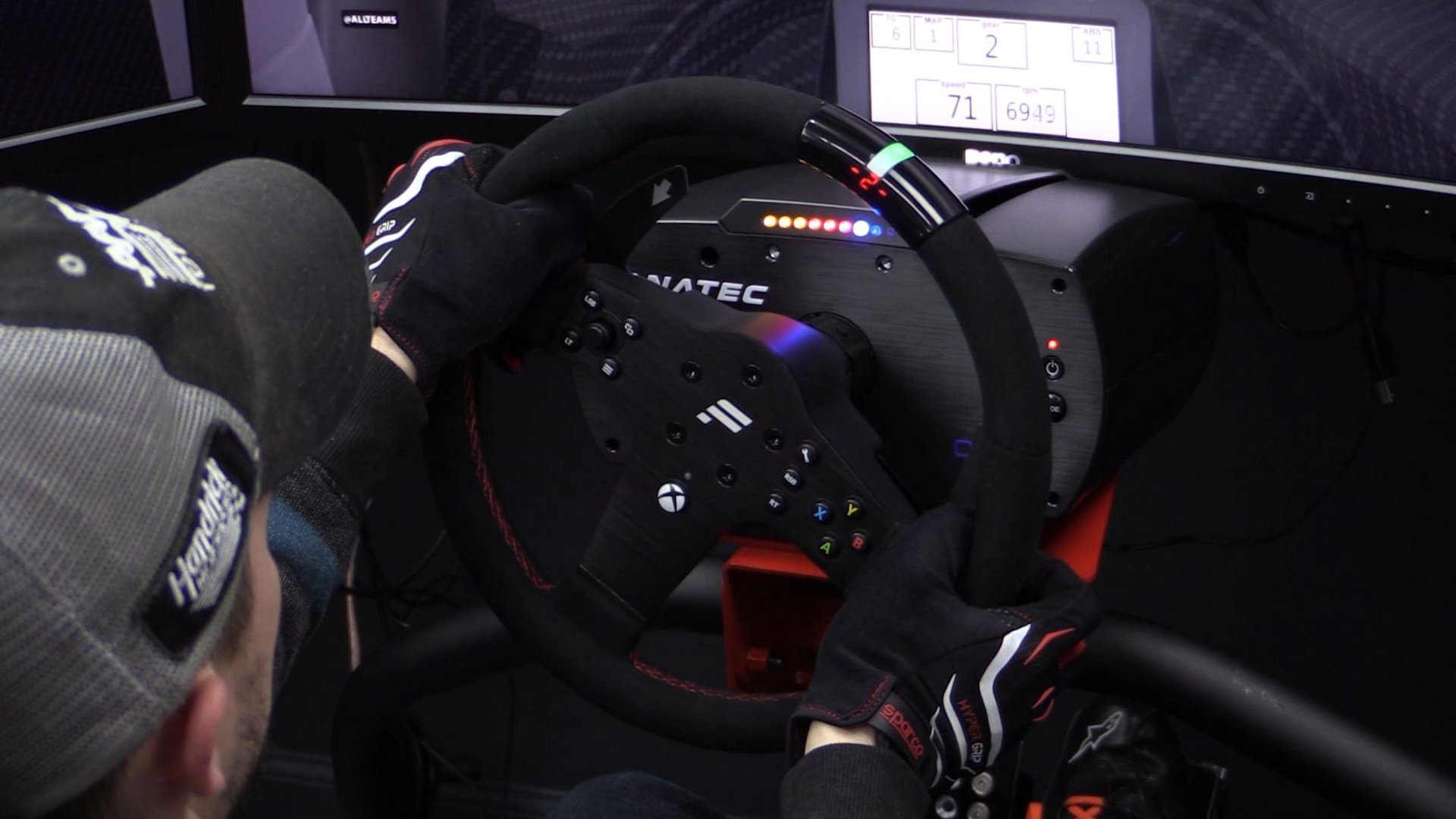 The round shape of the CSL Elite steering wheel has it’s pros and cons.  On the pros side, it allows the wheel to be used with any type of car.  On the cons side, there are cars where the round rim does feel out of place, like when running open wheel cars.  It just is what it is for this kind of wheel that is trying to be accessible no matter what form of racing gets you going.

Besides the heavy, hard, rubber wrapped rim, there was one other major con of the original CSL Elite steering wheel, the paddle shifters.  They were just mushy, with no semblance of a positive click.

This issue has been corrected in the new steering wheel.  The new wheel features “Snapdome(!)” paddle shifters that now provide some positive – audible – feedback.  The throw of the paddles still starts out on the mushy side but they finish with a click.  We still wouldn’t qualify them as great – or even good – but they are at least passable now. 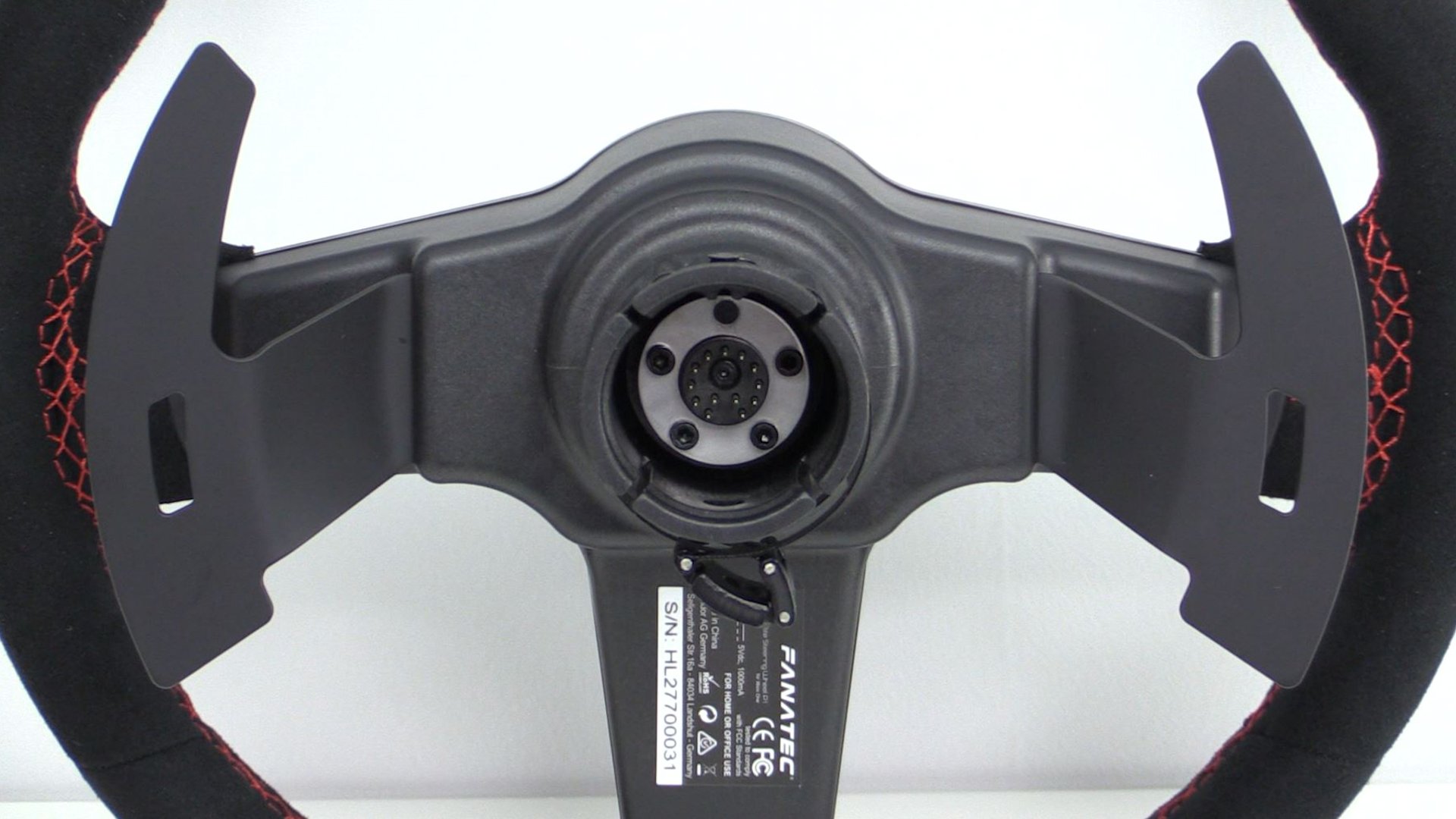 The semi-quick release system of Fanatec’s CSL line continues on with the new CSL Elite steering wheel.  The system continues to have the same pros and cons it’s always had.  On the pros side, it’s simple and not as expensive and heavy as the Universal Racing Hub’s actual quick release system.  On the cons side, the bolt it utilizes is still keen to escape and potentially be lost. 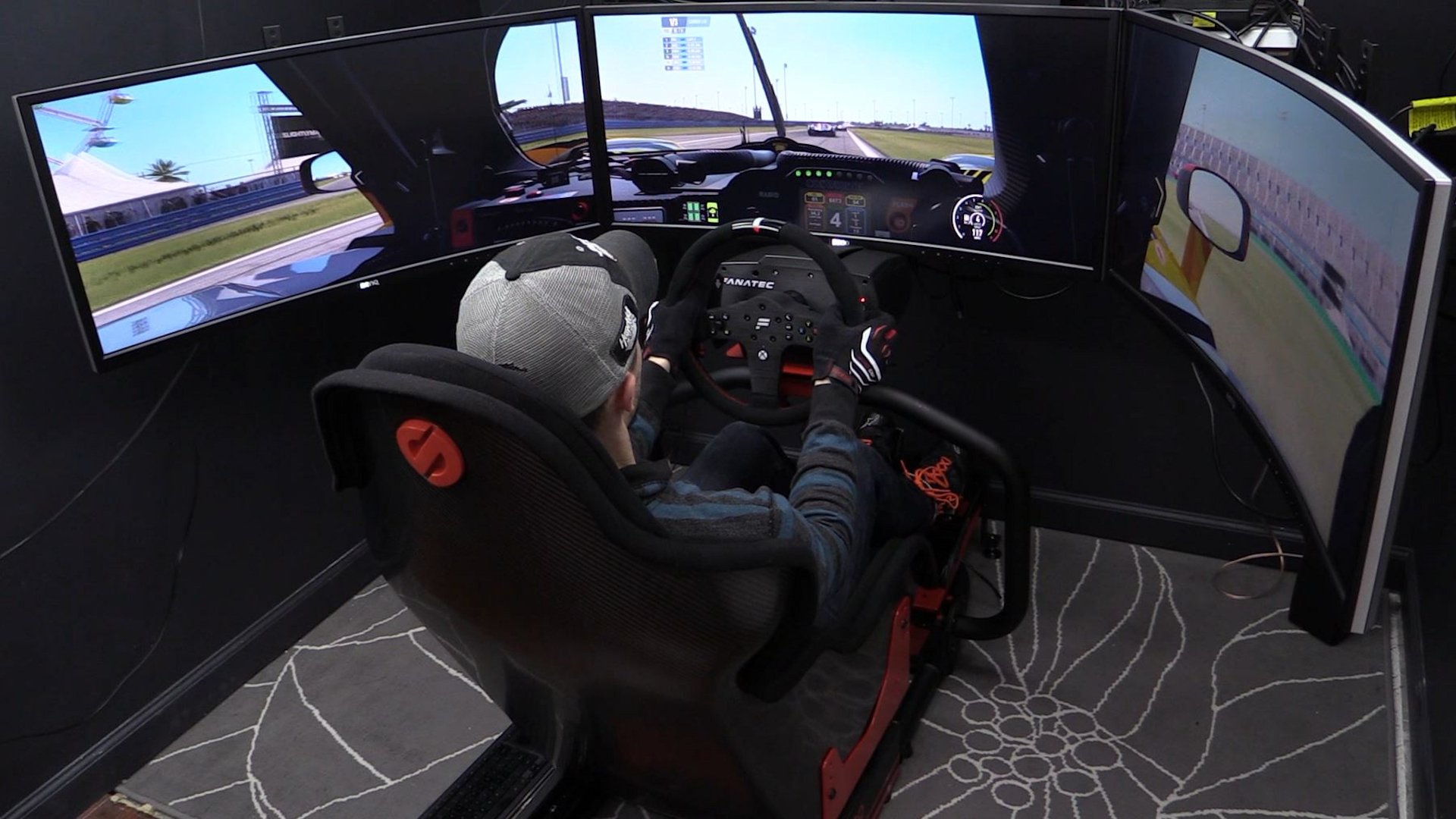 The new CSL Elite Steering Wheel P1 for the Xbox One from Fanatec is a solid wheel.  It corrects the major complaints we had about the original wheel and thus really does nothing wrong.  It’s also particularly appealing if you spend your time jumping between the Ps4 and Xbox One.  Does it feel super special or high end?  No.  But that isn’t the objective of the wheel.  It’s objective is to provide a solid all around wheel no matter what system you race on and it succeeds at just that.