Welcome to our review of the Derek Speare Short Throw Pro Sequential shifter. Derek is known for quality craftsmanship and great customer service. He’s also known for these hefty, bullet proof shifters that need to be mounted to something substantial to be used. This shifter goes for 189.75 USD for either the bent or the straight shaft versions.  Domestic shipping is 10.95 and International shipping is 23.75 anywhere.

Last time Shaun got the bent rod long throw version. This time it was my turn with the short throw. You can see Shauns full review here.

I have now driven the Short Throw Pro with the following titles and cars.

All cars (except open wheel)

In all cars, it really added to the experience. Sim Racing is all about feeling like you’re in a car and the DSD shifter does the job to perfection. I love to hear that “clunk clunk” as I slam that shifter up and down gears and it never misses.

Let’s make a comparison. I have a Thrustmaster TH8RS shifter that can be used as an H pattern or sequential. It also works on the PS3 with titles like Gran Turismo 5 and I’m sure 6 as well as WRC. I see it for sale on Amazon for under $150. The DSD Short Throw Pro shifter is going for $189.75 and is only sequential.

Is it worth it ? In some ways yes. I can’t slam my TH8RS like I can the DSD. The DSD was easier for me to mount than the TH8. The DSD has a shorter throw, which I like.

If I could only have one.. That’s tough because of the lack of an H pattern. I must say that over the past few weeks, it’s sure been fun slamming that shifter. I doubt my wife likes hearing it bang throughout the house, but I love it ! I’ve also loved doing that while testing out Game Stock Car 2013, iRacing at Bathurst and the Assetto Corsa Early Access. That still doesn’t answer the question. I think I would take this shifter over the TH8 because it’s more like what I would imagine in a race car. I would imagine the TH8 in something like a Ferrari street car. The DSD, would be at home in the cars I prefer to drive like the GSC 2013 Formula Retro or iRacing Spec Racer or Aussie V8.

Nicely packaged, shipped anywhere in the world
Built to last
Beefy and substantial
Plug and play
Short, positive shifts – hard as you want – or hard as your rig can handle.
USB port on bottom of shifter (could be a con depending on mounting situation) Perfect for us though
One of the best prices in the market for sequential. 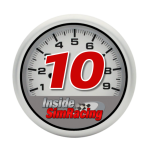 Not much left to say that hasn’t been said above. If you want a quality, short throw sequential shifter that is built to last, check out a DSD Pro Short Throw. I’ll use this for the cars that it “feels at home” in and my TH8 to handle my other manual shifting options.

You can check it and other sim racing products out at www.derekspearedesigns.com. I’d like to thank Derek for sending us this awesome shifter and looking forward to testing / reviewing future products from DSD.

More images on how it was packed, etc.