Well this is awkward.  We already reviewed the BenQ XR3501 Ultra Wide Gaming Monitor in triples.  Who cares what it’s like in single screen form?

Apparently lots of you.  After our first review, many of you were interested in what it’s like in single screen form.  So that’s precisely what we did.

There were two common questions (and a third we didn’t get to in the video but will here); Is it a good single monitor solution for sim racing?  Can the ultra wide replace a traditional 16:9 triple setup?

But before we answer those questions, lets recap some key specs: 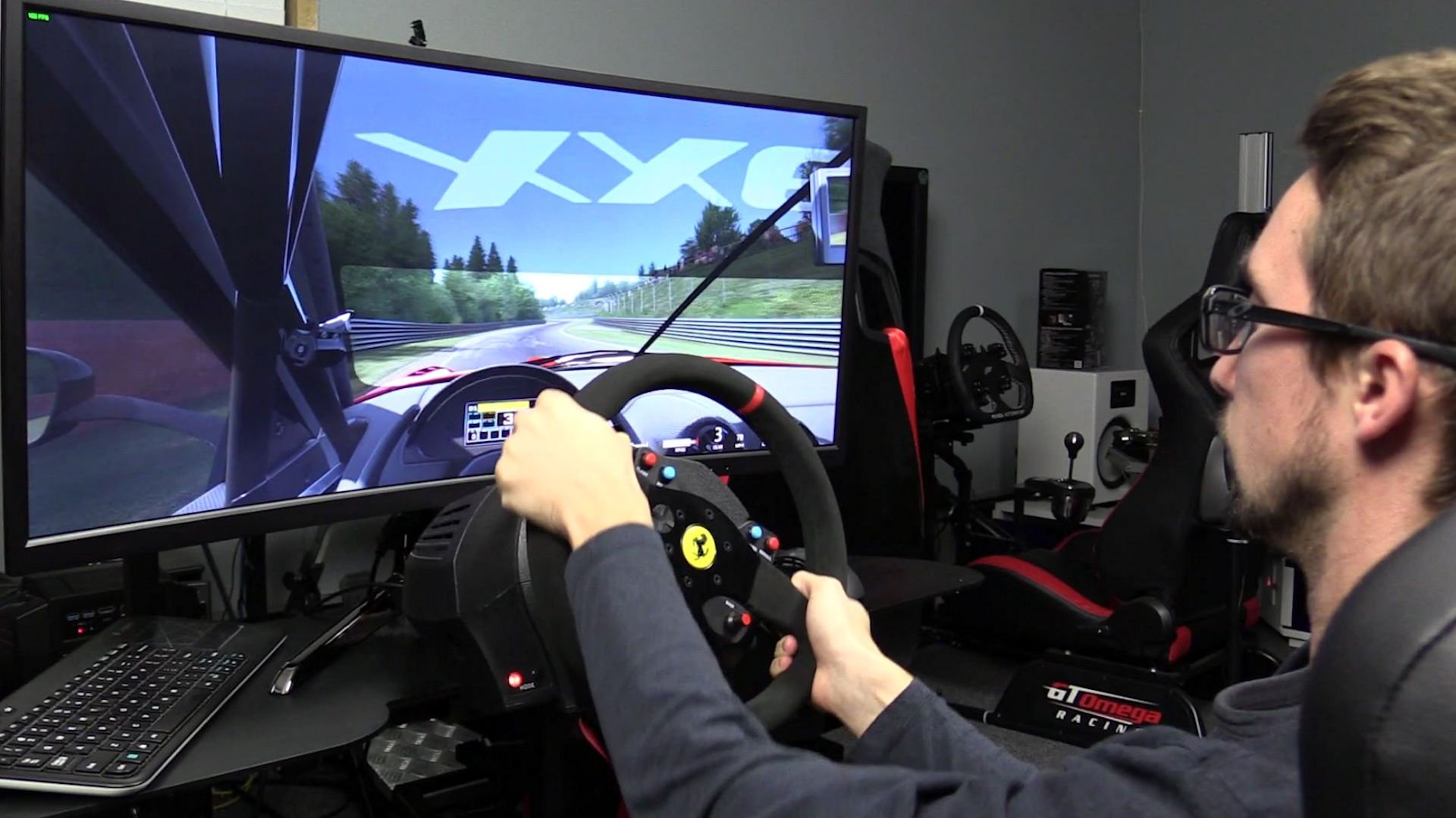 Is it a good single monitor solution for sim racing?  Yes.

Would dare to say it’s one of your best options.  It ticks nearly every box.  It’s big, which is nice when on a single monitor and looking to get a 1:1 ratio to the real world cockpit, ultra smooth at 144 Hz, lots of extra screen thanks to the 21:9 aspect ratio, big curve that brings the edges closer to you and great color thanks to the AMVA panel.

The only feature it lacks is being G-Sync or FreeSync enabled, which isn’t as much of a penalty when your graphics card only has to only push one monitor.  Plus, we’ve never seen any tearing thanks to the 144 Hz, even at sub 80 fps.

Also, like our triple review, we are still not feeling any envy for higher pixel density. Sure, more pixels would be nice in desktop where the larger pixels are noticeable, but for gaming you’re not going to notice a difference besides lower frame rates (and less smooth game play on the 60 Hz capped 4K monitors). 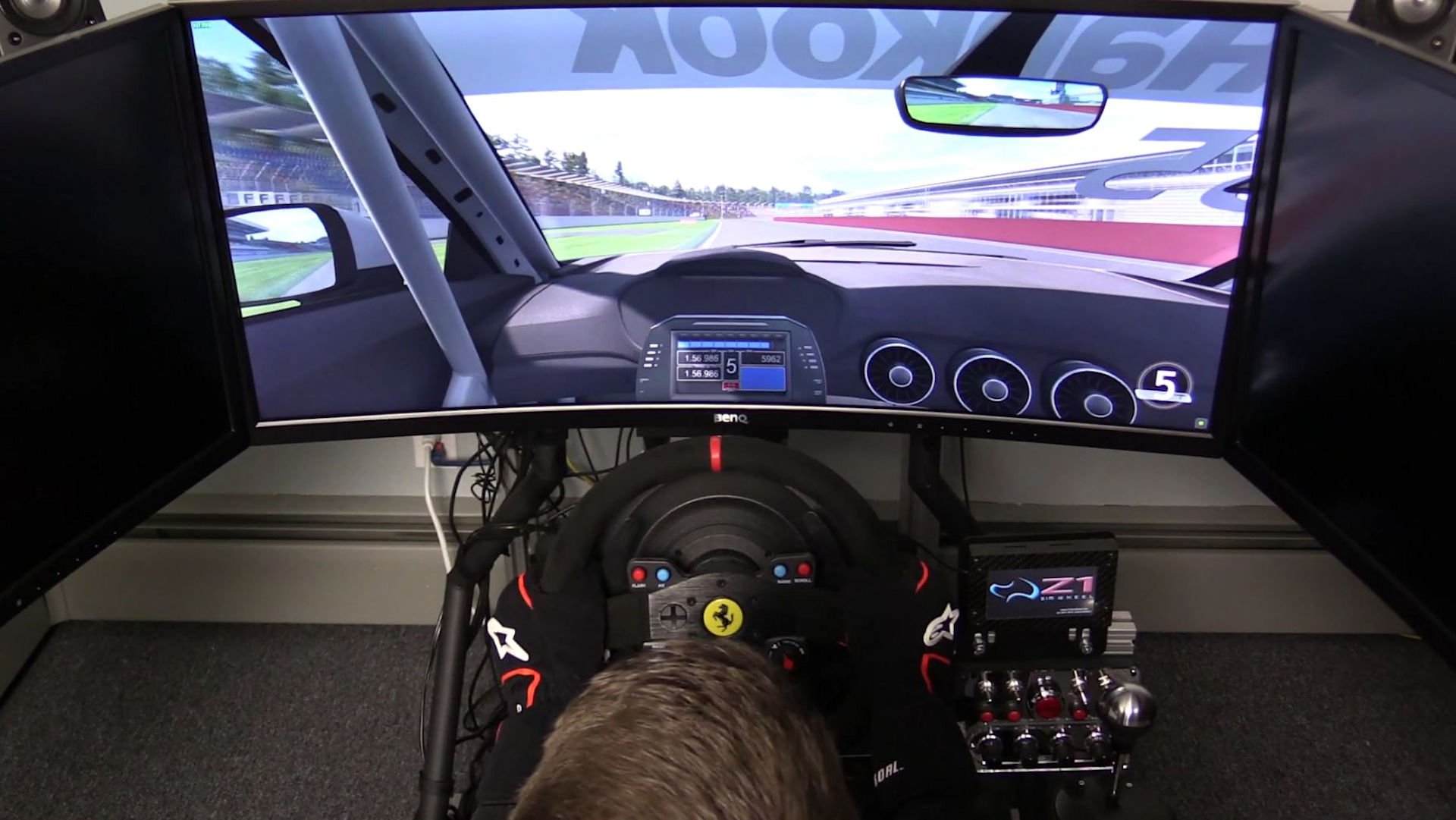 Triple monitor replacement?  Yes and no.

Triples accomplish four things; allow you to see your cockpit mirrors, opponents around you, give you a sense of speed and immersion.  It’s impossible for a single screen to replicate some of these features.  But the biggest one it can replicate, at least in my eyes, is the ability to use your cockpit mirror(s).  I don’t like running the virtual mirror, it breaks immersion.  That’s the one thing I cannot sacrifice.

The XR3501 ultra wide screen does allow you to see the cockpit mirror while maintaining optimum FOV on some cars.  The extra 640 horizontal pixels of the ultra wide make a significant difference compared to traditional 1920 x 1080.  This allows you to see quite a bit more, not only capturing your mirror but your opponents and apex’s sooner.

On top of that, while no titles support curved screens in terms of giving you extra FOV – something that hopefully changes – it does create more of a wrapped feel similar to triples.

On the other hand, there were cars where the ultra wide still couldn’t pick up the mirror.  This forces you to break immersion by either backing up to a less realistic FOV or turning on the virtual mirror.  Neither are great options.

First, what do you like to drive?  Do your go-to cars have mirrors mounted close to the body or way out of view?

Second, triples take up a lot of space, and if you’re in that boat, this is a fantastic option to get more screen real estate without taking up floor space.

Third, budget is big consideration.  If you’re looking at triples, I wouldn’t buy anything under 27″,  144hz, and has an IPS (or A-MVA) panel.  To hit those three criteria’s though, you’re looking at $700+ per monitor.  Plus, you have to purchase a triple monitor stand/extensions and possibly a stronger graphics card as part of the trickledown effect.

But if you do not pass those three criteria for a quality triple setup, then the BenQ XR3501 is a very good consolation prize. 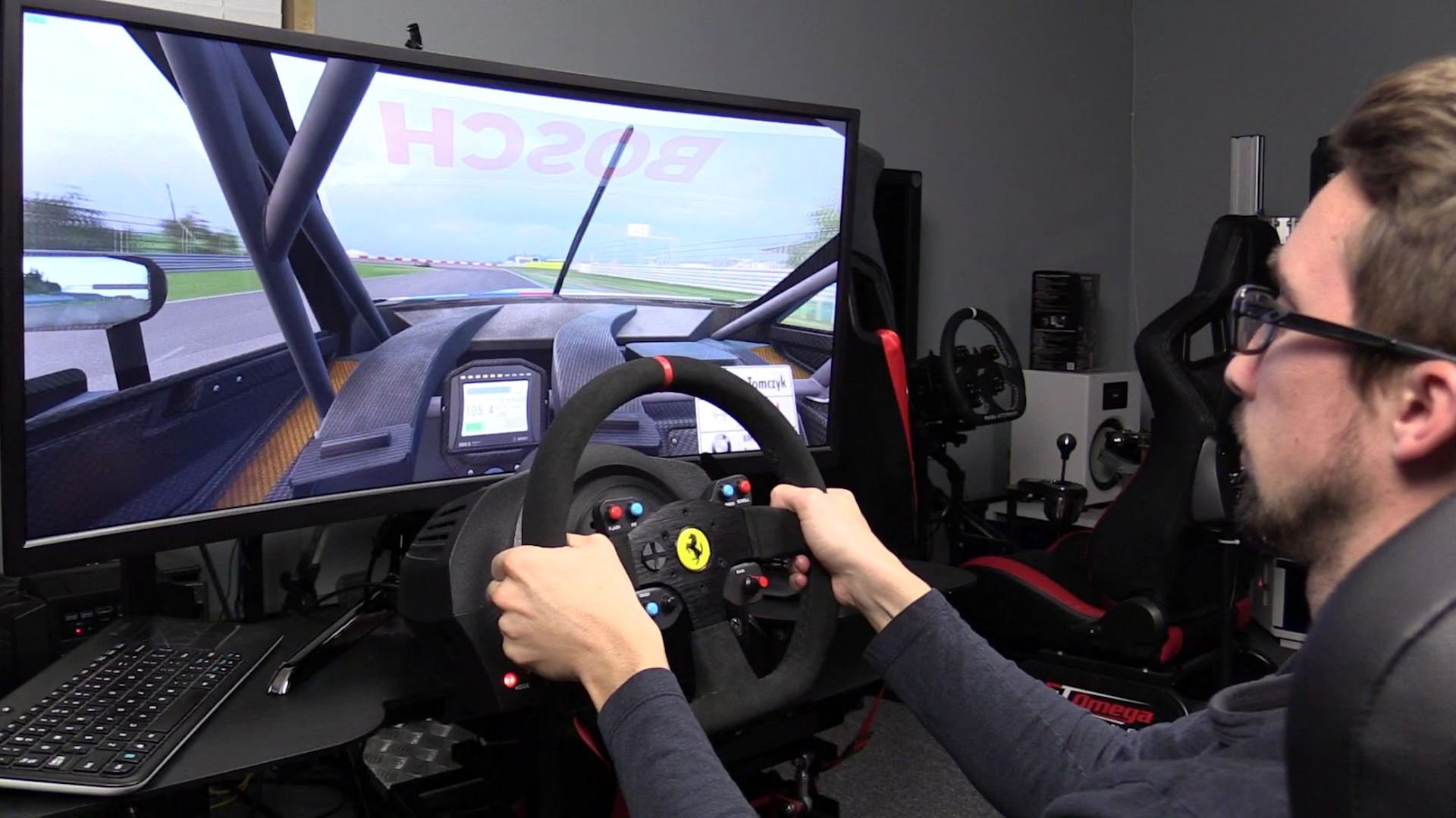 A third question was presented after the videos release; What’s it like on the console?

Unsurprisingly, the monitor performed great when connected to the Xbox One and PlayStation 4.  Unlike the input lag we see when racing Forza Motorsport 6 on our TV, the XR3501 had no noticeable lag to speak of.  The on-screen wheel has never matched the wheel in our hands so closely in Forza.

With that said, the XR3501 is certainly overkill for console only.  The consoles output at 16:9 1920 x 1080, which means the image is either stretched on the 21:9 display, or you have black bars on each side.  Plus, consoles are restrained to 60 Hz refresh rate, rending the 144 Hz not useful.

If you’re a PC and console racer, then the XR3501 makes sense, delivering a great experience on the PC and a better experience on the console than say an input heavy TV.  But if you’re console only, BenQ has console focused monitors for you.