Presenting our Review of the 2017 Porsche 911 RSR in Assetto Corsa.  The 911 RSR has been released as part of the V1.13 update to Assetto Corsa on the PC, and is free if you have already purchased the Porsche Pack Volume III.

The 2017 Porsche 911 RSR is an interesting car for a couple reasons.  It is the first GTE class car in a proper sim to sport the refreshed 2016 WEC rules, which allow for more aero, specifically the massive rear diffuser.  In fact, the real-world car has only competed in two races so far, the Daytona 24 Hours and Sebring 12 Hours were it finished P2 and P3 respectively.

It is very cool to see the sim racing version release just a couple months after the real-world version races in anger for the first time. 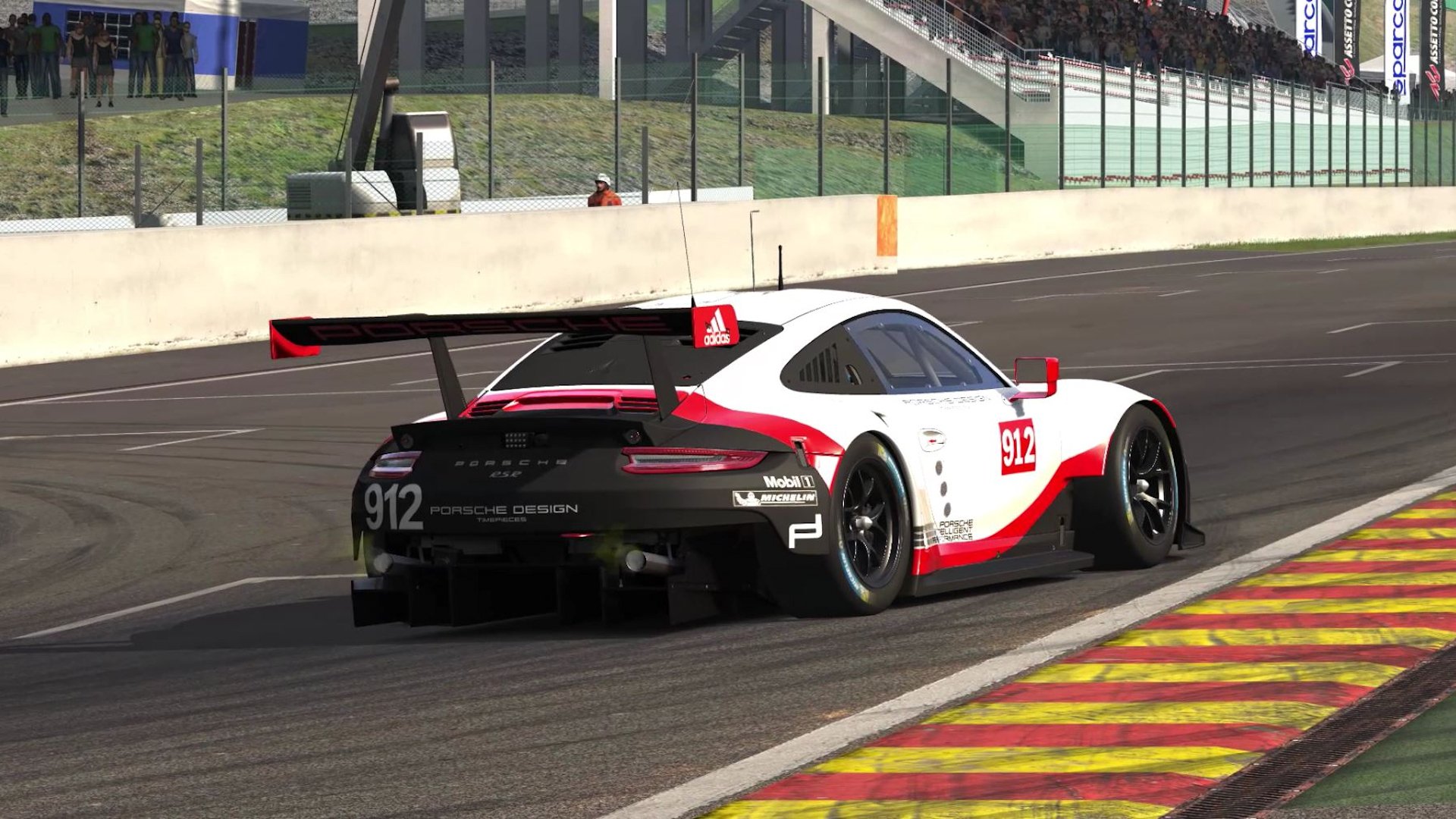 But there’s a – possibly – unintended consequence to this design change.  The 2017 911 RSR is gorgeous.

The car is low, wide, and now longer bulbous at the back.  It’s also super clean, with few aero pieces mucking up the design.  It really is sex on wheels, and Kunos Simulazioni have done a fantastic job capturing this in Assetto Corsa.

And it’s not just about accurately recreating the body.  It’s the attitude of the car as it bounds across the bumps.  It’s the shading that accurately captures the shiny white parts of the livery and the flat black sections.  It’s the interior that is detailed just as nicely, and is a fantastic place to spend in VR. 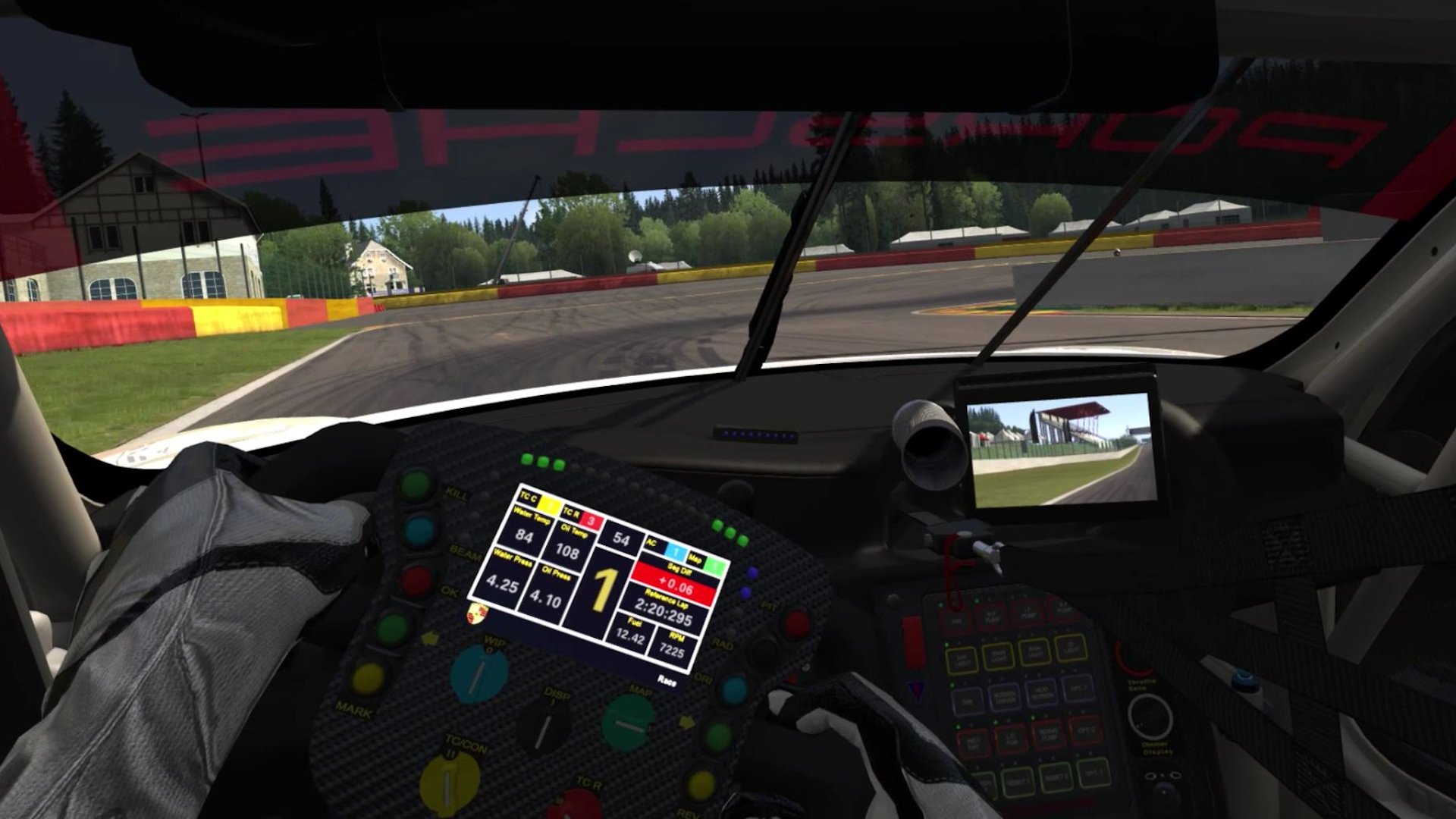 It all looks great.

For a long time, sound was a weaker point of Assetto Corsa – and it’s still not all the way there – but this car may be the best effort yet.  It has a really nice growl to it that feels believable.  The sounds made at WOT (wide open throttle) on long straights are particularly nice.  You can hear the engine straining.

But while looking and sounding pretty is nice, the real meat and potatoes of any sim car are the physics.

How are they?  Excellent.

The 2017 Porsche 911 RSR in Assetto Corsa really does feel right.  The car isn’t difficult to drive at 95% thanks to the aero and sticky tires, but push the limit, or hit a curb wrong, and it will step out on you, as it should.  But if it does step out, it gives you a chance to catch it, again, as it should.

This all adds up to an extremely rewarding, and believable, experience.  It’s just so much fun going this damn fast around corners in a GT car. 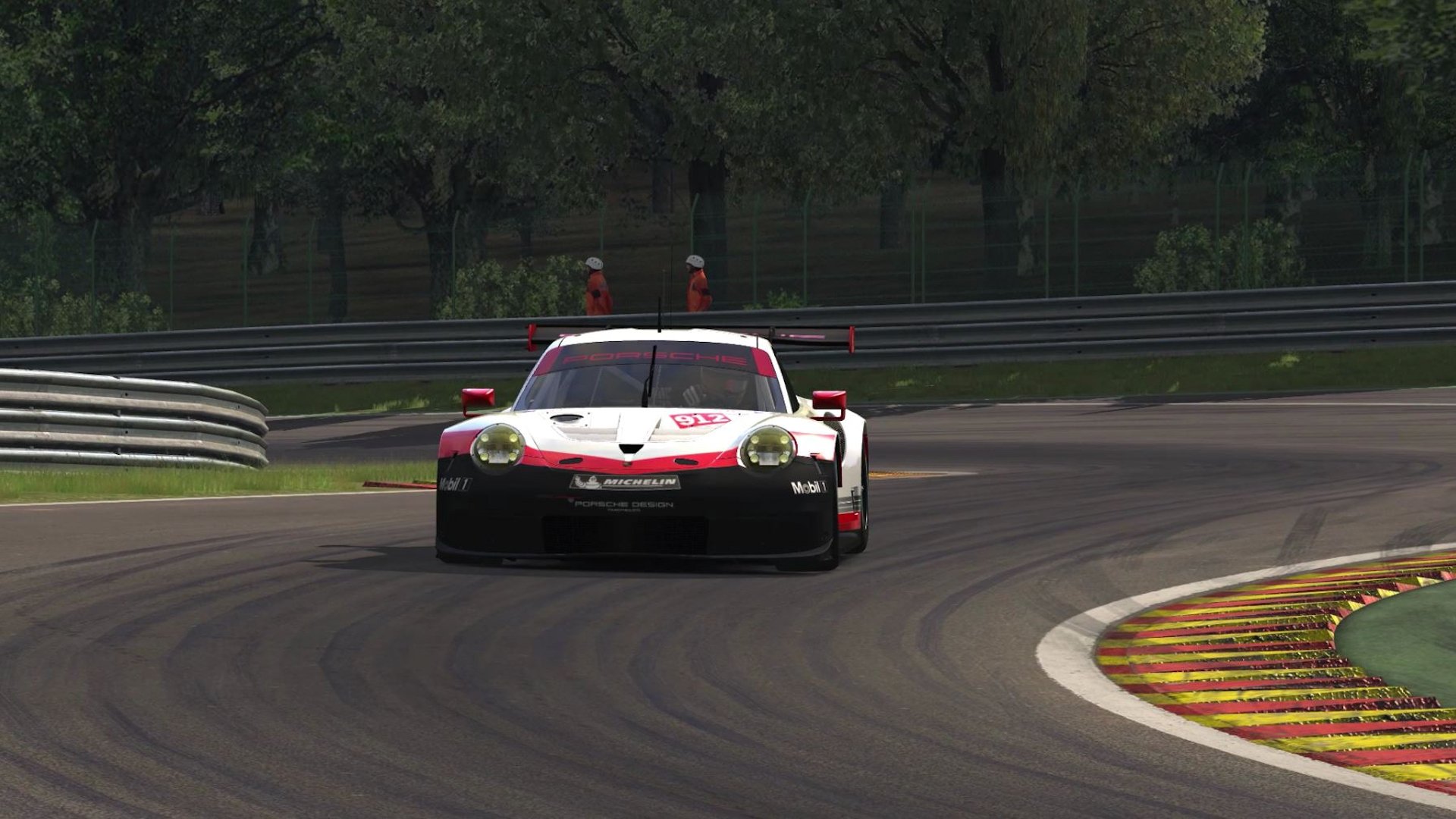 The 2017 Porsche 911 RSR in Assetto Corsa really is a must have car in sim racing.  It drives great, looks great, sounds good.  It doesn’t have any glaring weaknesses.  Now we just need some more GTE cars for it to properly race against…like maybe a Ferrari 488 GTE.