When thinking of GT cars, or GT4 cars in particular, a KTM X-Bow is probably not the first thing that come to your mind. To be fair, we are not talking about an ordinary KTM X-Bow here, which makes it even more refreshing to see Sector3 Studios not only releasing said KTM, but also a Lotus Evora GT4 and Porsche Cayman GT4 for RaceRoom together with a new patch!

Having “race” in the name, it should be no wonder that the latest RaceRoom content is more than ideal for on-track racing action.

Being built in Germany, Austria and England, by manfufacturers with a proven, long-lasting racing pedigree and experinece in all kinds of racing categories, the Porsche Cayman GT4, the KTM X-Bow GT4 and the Lotus Evora GT4 offer a lot more than just visual differences.

KTM for example, is actually known as a motorcycle manufacturer, having made the leap to the four-wheeled world only fairly recently with the KTM X-Bow GT4. A car purpose-built with track days in mind and even carrying over some parts from the KTM motorcycles.

The P4/5 Competizione is really quite a unicorn in the racing world, being based on a one-off Ferrari model, the Ferrari P4/5 by Pininfarina, and then reinterpreted and prepped for the track by Scuderia Cameron Glickenhaus. The already available GT3 variant is now joined by a GT2 version in RaceRoom.

… and it is pretty sizeable too.

Amongst others, Sector3 Studios has totally reworked how the assists are handled in RaceRoom, and now offers a redesigend selection menu as well as a weight-balancing system and ESP and counter-steering assistance.

Furthermore, AI and VR have received some treatment, the multiplayer lobby page has been reworked, new camera options have been added.

Check out the full changelog below.

All four cars are now available through the RaceRoom store at the foolowing prices: 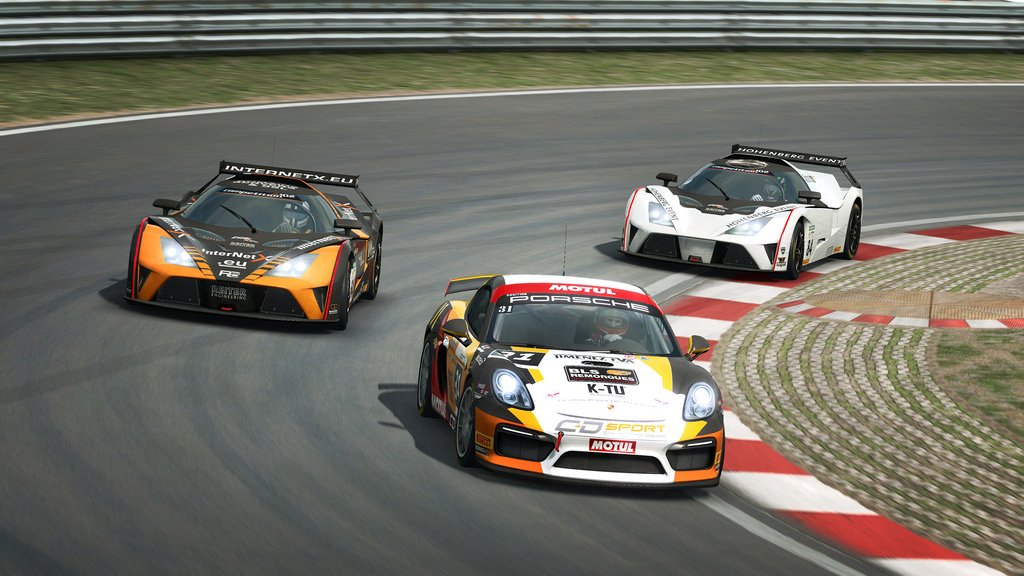