Slightly Mad Studios confirmed via Twitter today that the famed Red Bull Ring will be included within the base content of Project Cars 2. Speculation of this tracks inclusion fallowed a “teaser” image posted to Project Cars’ Twitter feed yesterday. The teaser image – shown below – provides an areal view of a track surrounded by foggy woodlands. Above, you can see the image posted today which clearly shows the pit entry and “Red Bull Mobile” dawned banner. Project Cars 2 is set for release by the end of 2017. 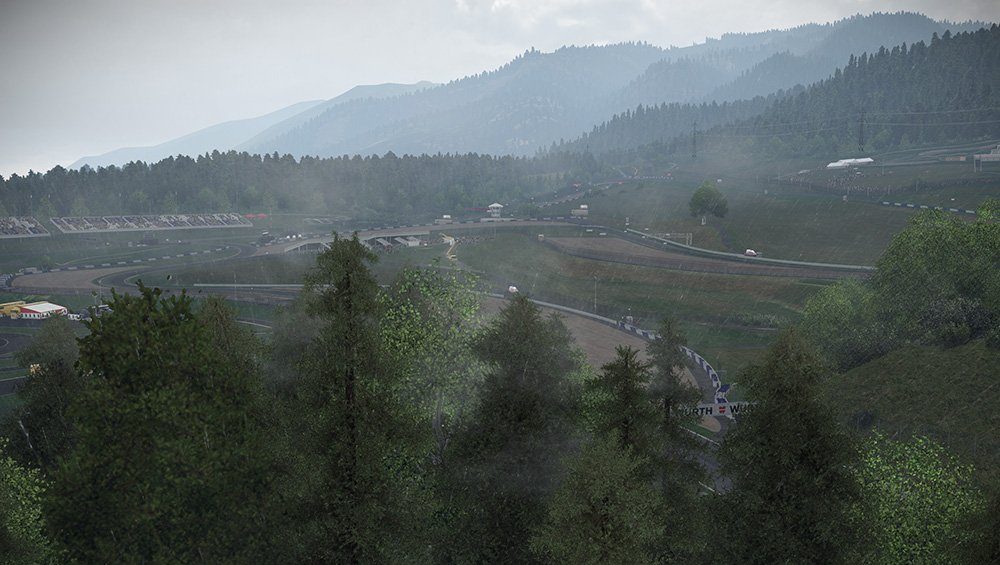 Red Bull Ring was originally known as Österreichring – layout shown below – and is situated amidst the Styrian mountains in Speilburg, Austria. Österreichring was originally built in 1969 as a replacement for the primitive Zeltweg Airfield circuit. By 1970 Österreichring was host to the Austrian Grand Prix, this continued for 18 years until the track became too dangerous for modern F1 cars of the time. Several accidents had occurred over the years due to a narrow start-finish straight as well as a lack of run-offs, as a result 1987 would be the last year Österreichring would host the Austrian Grand Prix. The venue continued to host non-F1 races up until the mid 90’s when it was again considered too dangerous.

From 1995-1996 the track was rebuilt and renamed A1-Ring – layout shown below – after this update the venue once again began hosting the Austrian Grand Prix as well as DTM and Austrian motorcycle races. While DTM and motorcycle races were only held for two years at A1-Ring, the Australian Grand Prix continued for seven years. However, like it’s predecessor, A1-Ring was a victim of the growing speeds found in Formula One racing. As a result 2003 would be the last year A1-Ring would host the Austrian Grand Prix. 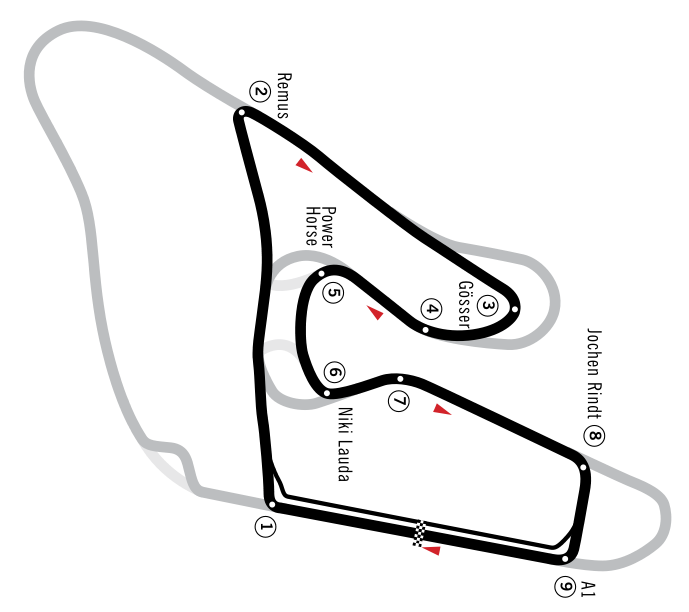 In 2004 the grandstands were destroyed leaving the venue useless for Motorsports events. From 2005-2007 the fate of the track was sort of up in the air. Track owner – Red Bull – was undecided and while there were talks of a collaboration between Red Bull, KTM, Volkswagen and Magna International to revise the track nothing actually came to fruition. However, in late 2008 Red Bull decided to once again resurrect this iconic track, dedicating 70 million Euro to the reconstruction process. 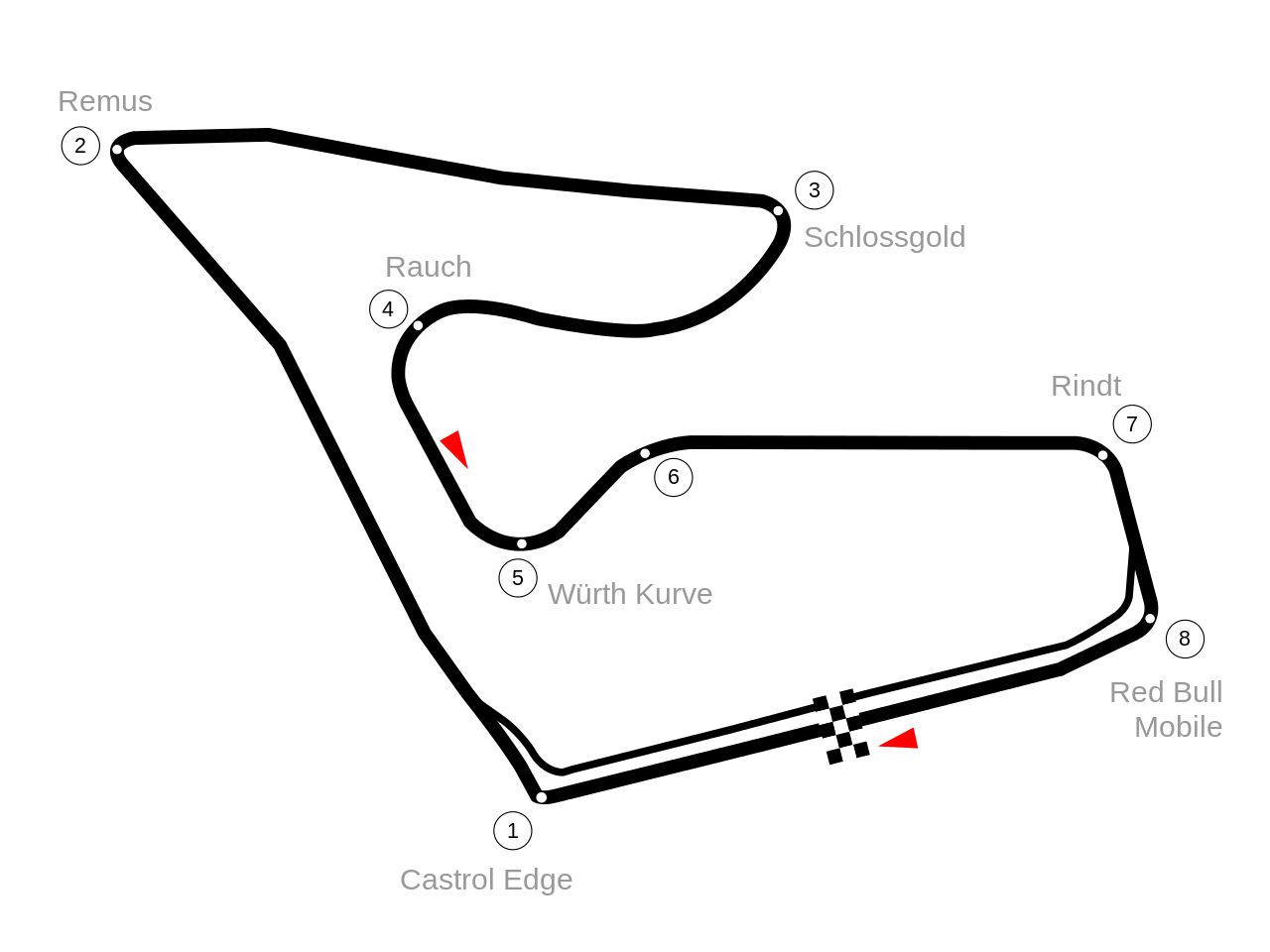 Red Bull Ring adds to a growing list of nearly 50 cars already confirmed for Project Cars 2. To catch up on the all the latest Project Cars 2 news including track and car announcements click here.