Presenting a new budget wheel for the Xbox One and Windows platforms. The new Thrustmaster TMX Force Feedback Racing Wheel and pedal set.

This is Thrustmasters answer to it’s Playstation 4 compatible budget wheel that was released late last year in 2015 the T150.

The TMX is based on the same technology as the T150 except it’s got 900 degrees of rotation versus the T150s 1080 degrees and is compatible with the Xbox One and PC versus the PS4, PS3 and PC. It comes with the same pedal set and desk clamp too. 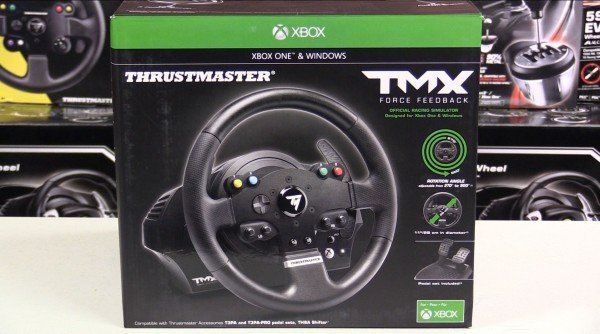 So far we’ve tested it with Dirt Rally, F1 2015, Forza Motorsport 6 and Forza Horizon 2 and it is compatible with all of them.

Here’s the Thrustmaster press release for the new TMX.

Experience the magic of racing with Thrustmaster’s TMX FORCE FEEDBACK for Xbox One and Windows – for less than 200 Euros!

New York, April 7, 2016 – Thrustmaster’s TMX Force Feedback Racing Wheel, officially licensed for Xbox One and designed for Xbox One and Windows, offers players on both platforms a memorable racing experience based on authentic sensations, thanks to a strong force feedback effect and an exceptional price-quality ratio!

Strong features under the hood:

Equipped with a high-performance force feedback motor offering adjustable intensity and a rotation angle ranging from 270° to 900°, the TMX Force Feedback delivers a realistic and versatile racing experience. The controller’s versatility benefits all players, whether beginners or seasoned pilots, with all types of tracks, cars and races. 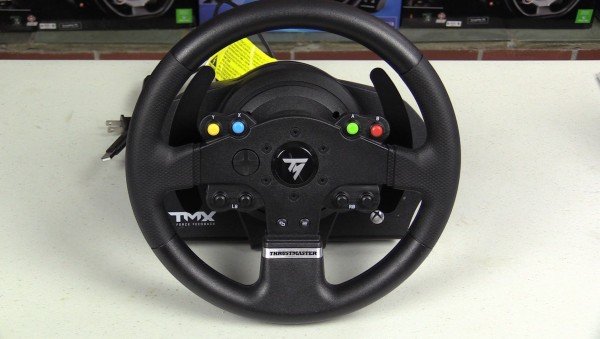 Thanks to Xbox One-certified embedded software, the controller is automatically recognized by the video game console, which also ensures full compatibility with the menus in all racing games supporting racing wheels. And with the Thrustmaster drivers available for free download from http://ts.thrustmaster.com/, the racing wheel is also compatible with Windows (10, 8, 7 and Vista).

Intense fun at your fingertips:

When it comes to handling, the racing wheel’s 11”/28 cm diameter is suited to all types of racing games (GT, F1, NASCAR, Rally, etc.). Its rubber-coated wheel grips offer perfect comfort. When it comes to ergonomics, everything has been designed to ensure that the two large, 5”/13 cm tall, 100% metal wheel-mounted sequential paddle shifters are within easy reach, just like the 12 action buttons and the directional pad.

Exceptional efficiency at your feet:

The TMX Force Feedback’s features a wide 2-pedal pedal set that delivers efficient acceleration and braking: each pedal’s angle of inclination can be adjusted, and for greater realism, the brake pedal also offers progressive resistance. 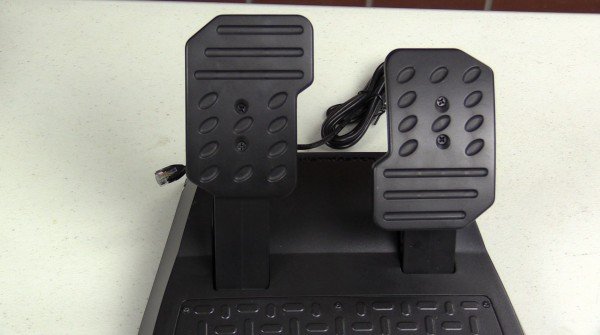 The TMX Force Feedback is designed to accompany racers through their learning curve in terms of experience: it is compatible with the T3PA* and T3PA-Pro* (Thrustmaster 3 Pedals Add-on) pedal sets and with the Thrustmaster TH8A* shifter.

• The TMX Force Feedback will be available in May, at the suggested retail price of €199.99 (taxes included).

More coverage of the TMX to come here on Inside Sim Racing and we may post a driving video with it as well in Dirt Rally.

Hope you enjoyed this first look at the TMX, Thanks for watching !