Race wheel to wheel, competing against superstars from the 2001 Formula 1 Grand Prix season with this week’s Throwback Thursday, where we’ll take a look at Geoff Crammond’s Grand Prix 4.

Grand Prix 4, also known as GP4. was released in 2002, and simulates the 2001 Formula One season. GP4 was the last title released by Geoff Crammond, under the MicroProse umbrella, and is commonly referred to as the greatest modern Formula One simulator, with many features that put the simulator ahead of its time.

Geoff Crammond was a true pioneer in sim racing, bringing advanced physics and realism to PC racing titles. Geoff was a former defense systems industry engineer who, at first, actually didn’t follow racing. He developed a passion for Formula One racing while developing his first racing title, REVS (a Formula 3 racer) for the BBC Micra, and started to design F1 racing titles. His first Formula One title was Formula One Grand Prix, released in 1992. From there on, the rest is history. If you want to learn more about Geoff Crammond, I encourage you to read this interview he did with RetroGamer in 2009.

GP4 had features such as dynamic weather, full functioning pit crews, and an advanced physics and damage engine, sure to provide a challenge to racers. You can race the full 2001 season, or just set up a quick race to your liking. The sim was certainly taxing on systems back in 2002, but modern systems have been able to handle it quite well. The sim also featured resolutions up to 1600×1200 by default, which was a true feat over a decade ago.

However, GP4 faced stiff competition from ISI and EA, who released F1 2002 in the same year, which focused on the 2002 Formula One season. Sadly, Geoff Crammond never got the chance to compete further with ISI, with MicroProse closing their doors later that year.

One of the greatest things about GP4 is what the modding community has brought to the platform. While the base sim only had the 2001 season to race, you now have a wide variety of seasons to race, ranging from the 70s all the way to current seasons. There is even a 2014 Formula One mod currently in development, set for release later this year! Historic and modern tracks have also been added by modders, providing miles and miles of virtual asphalt to race on. 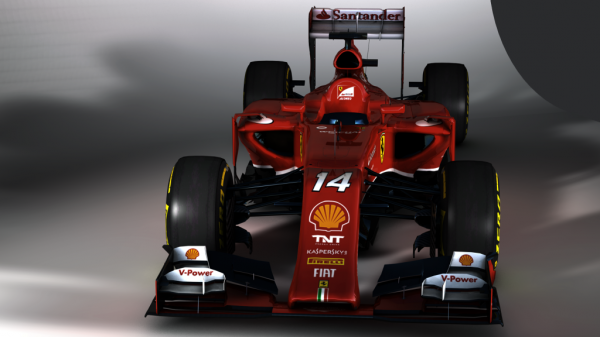 You can learn more about GP4, as well as a downloads for the title and various mods, here. You can also buy a physical copy of the title from Amazon. Do you guys have fond memories of the title, or any favorite mods and tracks to get the most out of the sim?