Remember the “mega-wide” monitors, which Samsung was allegedly planning to release in Q2 2017, we covered a while back? Of course, you do! And as of now, these monitors can officially be considered official! But do not expect them to be cheap. Especially, the 49-inch 32:9 model will cost you quite a penny…

This is the one to look out for – the Samsung CHG90 – since it is about as high-end as a monitor can get. It sports a 3840 x 1080 resolution (DFHD), spread across 49 inches of 144 Hz VA-panel goodness. That means that the CHG90 gives you the real-estate of two FHD monitors. So, combining three of these would equate to a six-monitor (!) setup.

Furthermore, the monitor comes equipped with HDR and QLED technologies, both are usually only found in high-end TV’s, allowing for an “exceptionally wide color range”. It even offers AMD FreeSync 2 support.

Amazon.com already has the monitor up for pre-order and reveals a June 30 release date. If the 1.499$ price tag does not scare you, then you can pre-order it right here (and even support Inside Sim Racing by doing so!)

Yes, it is expensive, but there always has to be a first one. Once other manufacturers release similar products, we can definitely expect these kinds of monitors to come down in price, as the 21:9 monitors did.

While the CHG70 is not as massive as its bigger brother, it does carry over the QLED and HDR technologies. It is available in 27-inch and 31.5-inch configurations and has a resolution of 2560 x 1440 (WQHD) with a refresh rate of 144 Hz.

Although the CHG70 is not available for pre-order yet, it will definitely be a lot cheaper than the CHG90.

Samsung has also worked with various hardware manufacturers and game developers to ensure the best-possible experience when gaming. 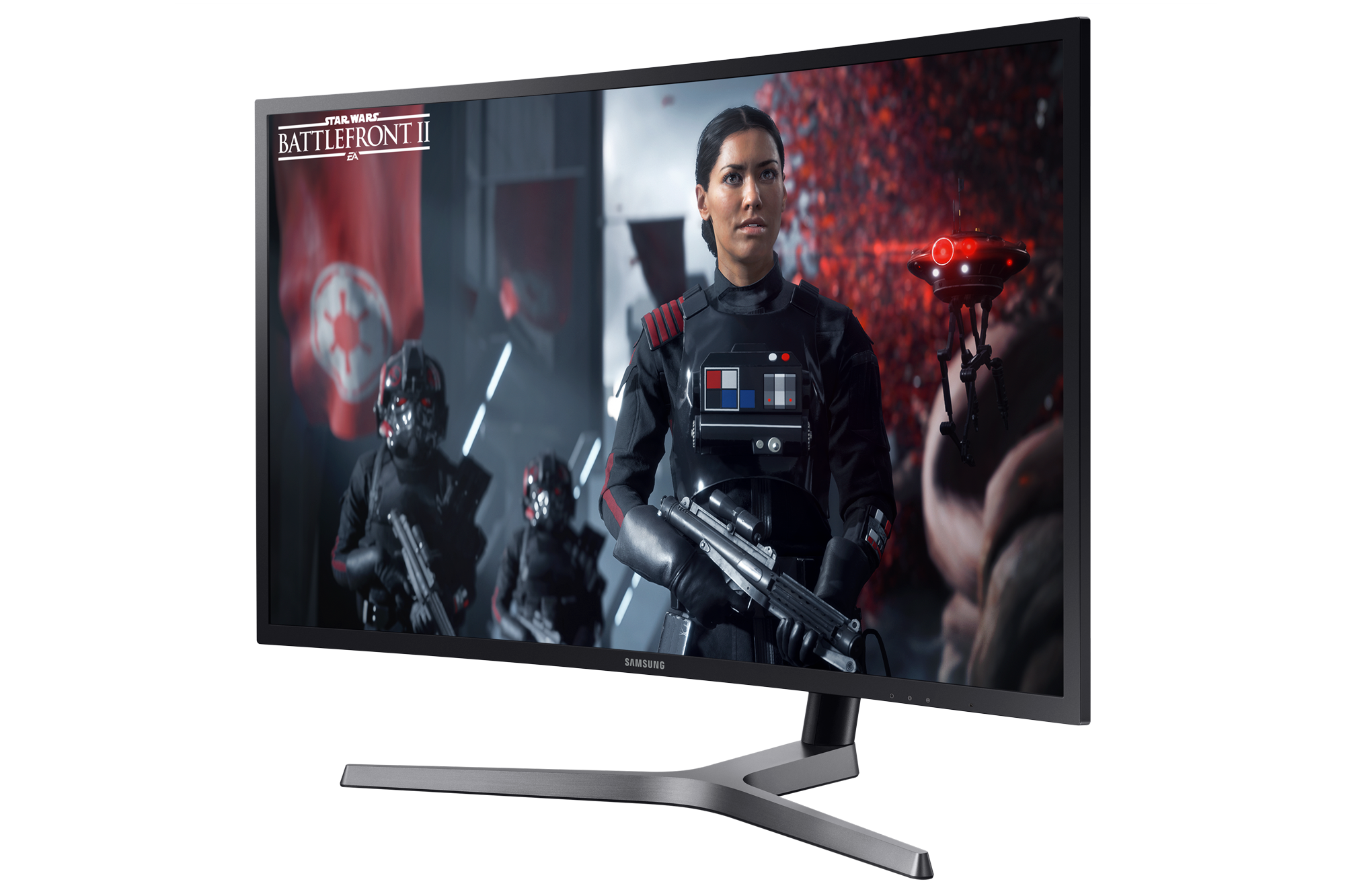 Here are the specs of Samsung’s new gaming monitors in detail. 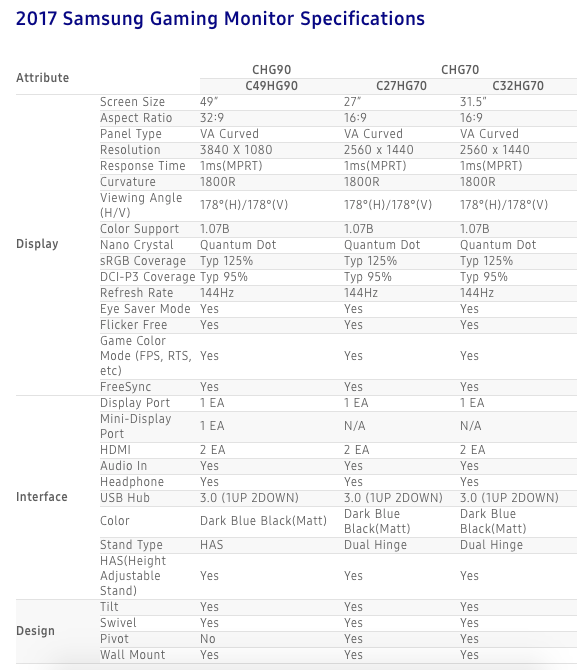