Image Space Incorporated (ISI) has released a new build and car update today.  Build 1052 won’t win any awards for being transcendent, but it does fix some of the annoyances that plague the day-in and day-out users.  See the release notes and a nice primer from ISI below.

This build includes quite a few fixes and tweaks that should make our long time users pretty happy! Being able to cancel damage repair, using only the latest version of an installed vehicle file and even allowing secondary driving controls, which we were asked to do in support of disabled racers participating in team events with differing controls. We know some of these things have been asked about, so we’re happy to continue to deliver.

Steam auto update available (use beta access to revert to older build if your league host hasn’t yet updated).

Build Notes:
FEATURES:
————-
Water temperature now starts at the same value as oil temperature.
Added a few more details to lap records in CCH file.
Added the ability to use alternate controls for throttle, brake, and steering (they are at the bottom of the list of driving controls in the UI). Note that the alternate controls do NOT support ramping which is normally useful for driving with keyboards or buttons, so it preferable to select only analog devices for the alternate controls.
Added ability to cancel damage repair during a pitstop.
Added the ability to paste clipboard text into text boxes.
Added ability to open hyperlinks with a click that show up in the multiplayer chatbox.
Doubled useable dictionary length to 512 to prevent cutting off of some Italian tuning descriptions.
Qualifying on by default for new playerfiles.
Replaced ‘_’ characters with spaces in opponent filter list display.
Race Event rfm icon can now be a TGA, JPG, or PNG as well as the still supported DDS
Safety car with lights (thanks to traveller)

FIXES:
————-
Fixed problem where a broken engine would become fixed and indestructible after rejoining.
Backup plan for the problem where pit arrow sometimes isn’t available after driver swaps: borrow the grid arrow instead.
Fixed (removed) extra useless multihead onboard cameras.
Only allow admins to issue /pitby* commands.
Fixed wrong gdb data getting loaded for tracks that have multiple versions installed.
Now ignoring duplicate veh files when building vehicle manager list. Only latest version of vehicle will be included.
Tightened up text input boxes to prevent drawing outside of box.
Fixed virtual vehicle loading with random car if base vehicle not found. 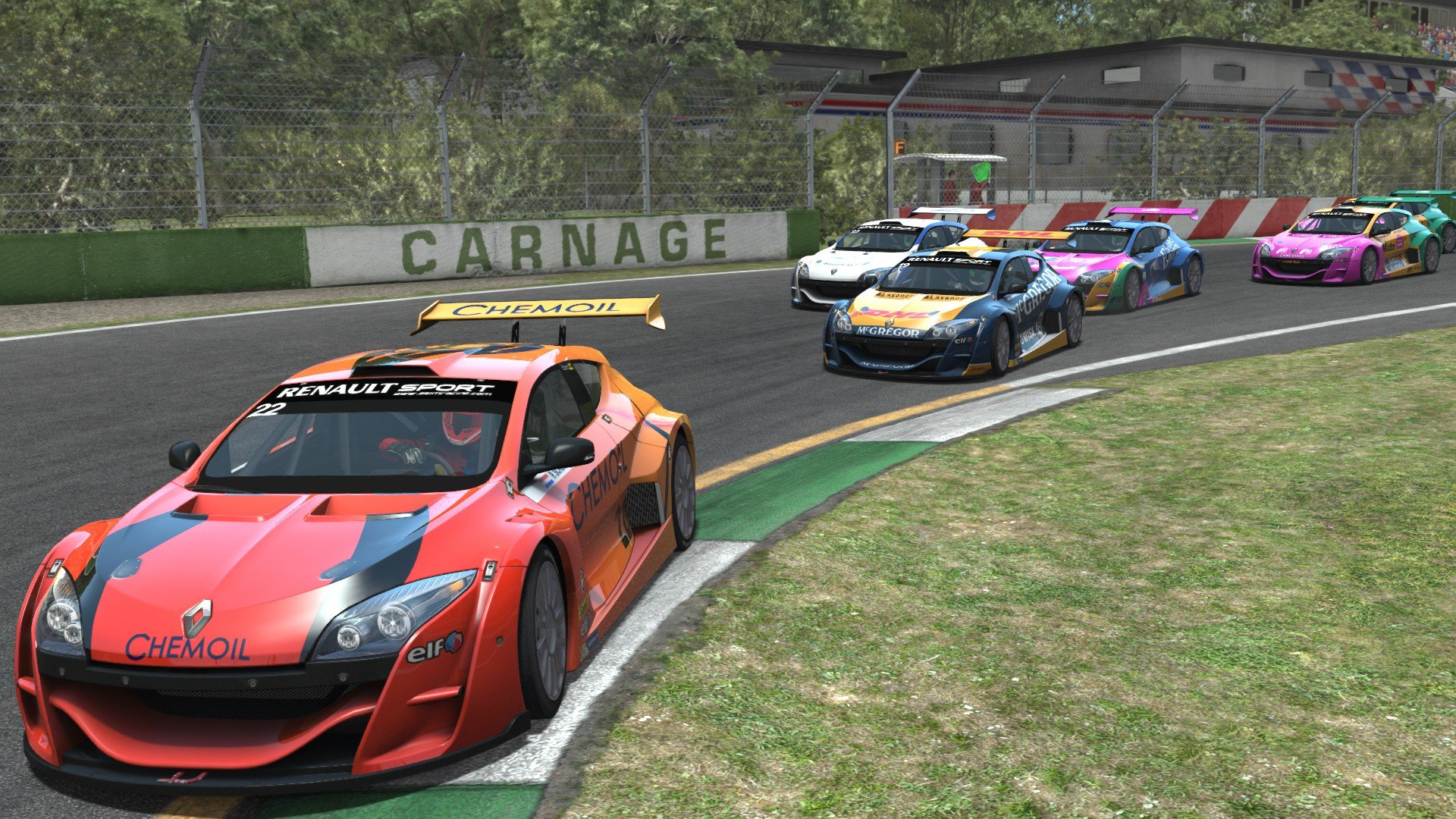 On the content front, ISI has released a small update to the popular Renault Megane.  The big news is fast forwarding it from 2009 to 2012 Evo spec that has more horsepower, center lock wheels and 100L fuel tank.  The update also includes a fix for wheels that just refused to rotate 900 degrees when paired with the Megane.