Another month has passed and Studio 397 is back with yet another roadmap update, focusing on the new UI, infrastructure, content and DX11. Also, Studio 397 broke the news on a new licensing deal for rFactor 2.

rFactor 2’s new UI is coming along nicely, it seems. Studio 397 has implemented just about all of the existing features and even some new ones into the new UI and the developer is nearing a public beta release.

Here is a sneak-peak of how the in-game session settings screen will most likely look like. 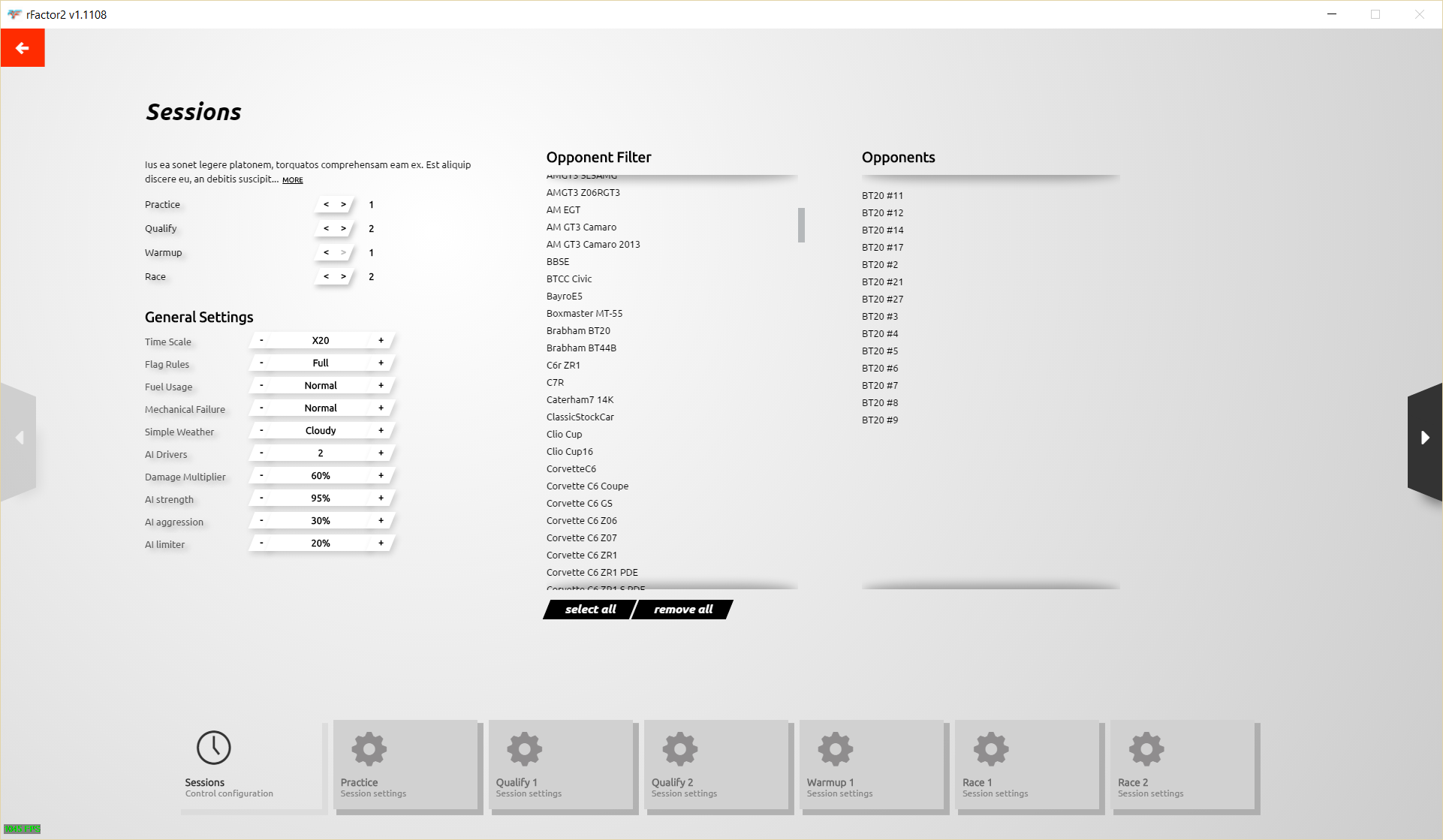 With WFG underway, we saw the release of a new car and a new track. However, the whole competition does require quite an effort on the technical side of things, which may not be directly apparent to many. So, Studio 397 explained how its infrastructure for WFG works and what ideas lie behind it.

Should you be interested, you can head over to the Studio 397 blog and have a look at the section “Competition”.

Zandvoort was released only a couple of days ago, only as a 0.20 beta however. The “beta” label was necessary since, although the track is already very drivable, Studio 397 does “intend to further improve it over the next couple of months.” Also, it is being discussed if the changes which were made for the DTM race this weekend, i.e. re-pavements and curb changes, will make it into the final version of the track – fingers crossed.

The big news in terms of content is a new licensing agreement. Studio 397 was able to come to terms with Tatuus on a multi-car licensing deal. The Italian car manufacturer produces race cars only and will be a very nice addition, especially for online/ league racing.

rFactor 2 users can already enjoy the visual fidelity of DirectX 11 as part of a public beta but not a final version just yet. By the end of September, Studio 397 wants to make the switch to DX11 as an rFactor 2 default. The DirectX 9 version of the game will then be updated until the end of the year, before support for DX9 will officially be dropped.