Not only is a new track coming to Sector3 Studios’ RaceRoom but it is coming as soon as next week! Please welcome the Autodromo Internazionale Enzo e Dino Ferrari – better known as Imola!

One of Italy’s most iconic tracks

The Imola circuit should really need no introduction, nor description, nor explanation. Still, here goes.

The track was opened in 1953 and has since then been a household name in the scene. Since its only about 80 kilometres away from Maranello, the home of Ferrari, it has been considered somewhat the home Grand Prix of the legendary Italian car manufacturer. To pay tribute, the track’s name was changed after Enzo Ferrari’s son died and was lenghtened when the man himself followed.

The track has been altered many times over the years. This was mostly due to accidents which made safety risks obvious, the most famous of which is the tragic loss of Ayrton Senna during the 1994 San Marino F1 Grand Prix. 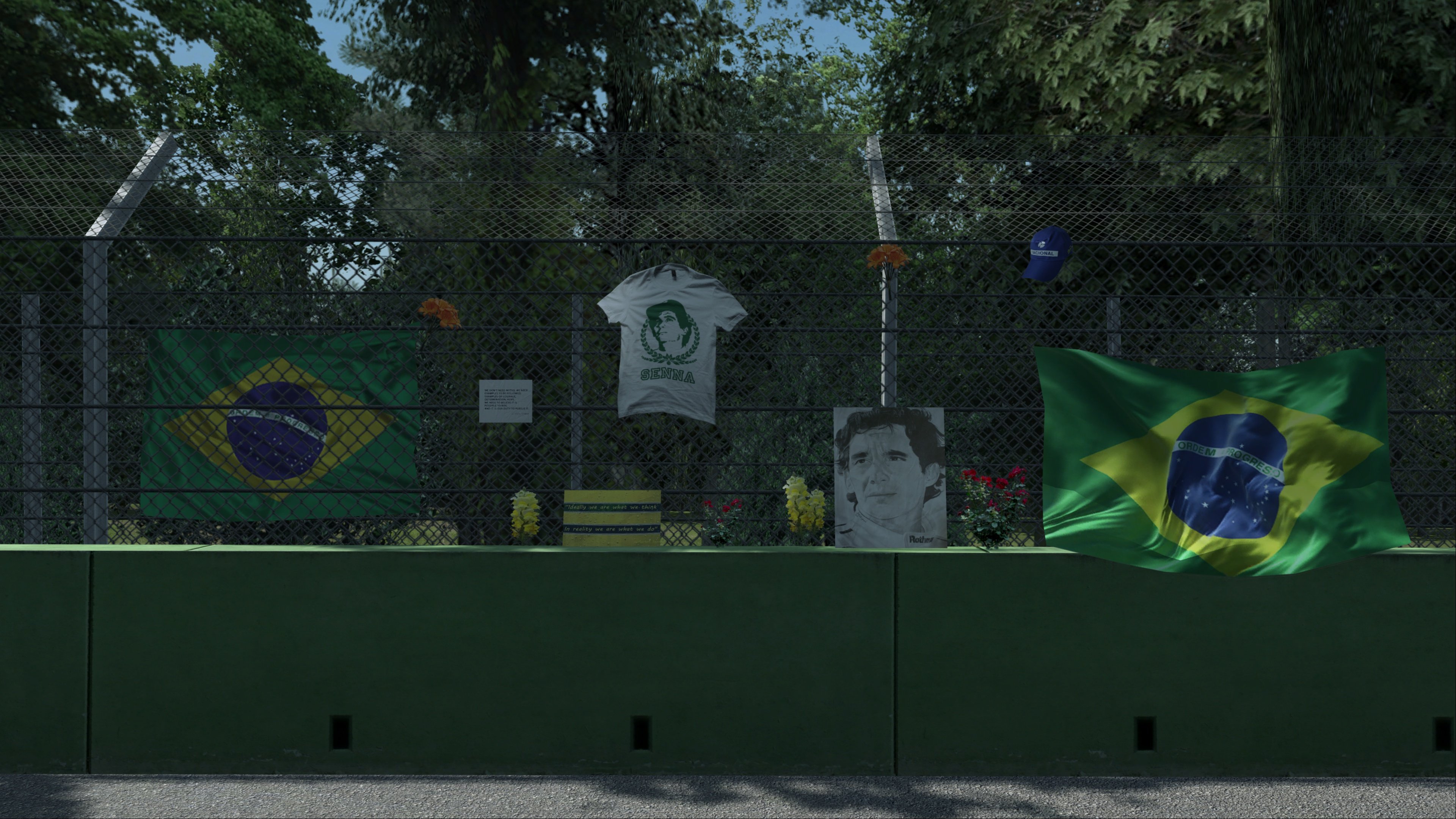 If you are now wondering, why it is called the San Marino GP and not the Italian, this is due to the fact, that one country is only allowed to host one GP. And since skipping Monza was not an option, San Marino became a Grand Prix until 2006, when the track was deemed not modern enough anymore.

Next week’s patch will see the addition of Imola to RaceRoom. Feel free to check out an armada of previews below.