It has nearly been two months since we first saw Anderstorp Raceway in RaceRoom, when the Swedish developer Sector3 Studios announced the track. To continue the Wednesday/ Thursday release tradition, Sector3 Studios has now released the track for RaceRoom and has also provided a trailer, which you can view above. 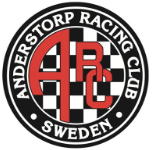 If you want to know more about the track, you can check out our blog covering the initial announcement.

Should the trailer, which Sector3 Studios provided, not satisfy you or you wish to see more of the track, you can check out Billy Strange hammering the recently released BMW M6 GT3 around a pre-release version of the track here.

In addition to the track, a small patch has been released. A number of smaller issues have been taken care of and some minor features have been added. For example, there is now a “Allow Players Join in Qualifying” option in multiplayer.

You can view the full changelog below