The UK based company Pro Sim have more or less completed testing of their latest prototype, an H pattern Quaife sim shifter. Produced in conjunction with Quaife Engineering UK, there are few details available regarding the shifter itself. However, it is clearly a mechanically based design, with the aim of accurately replicating the feeling of a real life automotive gearbox.

Watching, and perhaps more importantly, listening to the sounds in the video test, if you happen to live in a flat or adjoining houses, it might be an idea to either wait till your neighbours have gone to work, or perhaps completely soundproof your sim room. Otherwise, I can imagine some scenarios where the neighbours might not be as enthusiastic as you are about your shiny new H pattern sim racing shifter!

The makers of the shifter are aiming at a price of under 1000 British pounds, but as of yet have not officially released any definite information, other than to state that the new shifter will be compatible with any PC sim game and also with the PlayStation console. I personally love to heel and toe and I have said for years that this type of shifter is what was missing in the sim market. This H pattern shifter will add a new level of immersion to sim racing set-ups for sure! 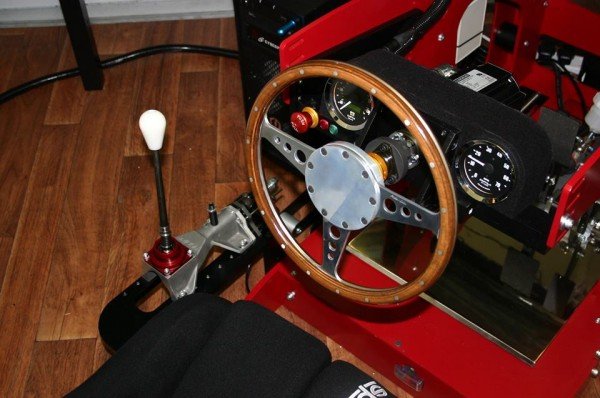