It is hard to believe that it has been nearly 11 years since Papyrus Design Group’s swan song, NASCAR Racing 2003 Season (also known as NR2k3), was released. At one time, it was regarded to as the pinnacle of racing simulation, and could only be found sold secondhand and selling for prices in excess of $500! In the 11 years that have passed, many racing titles and and innovations have come, so I decided to take a retrospective look at NR2k3, and try to answer the question: How has it held up over the course of a decade?

Graphics
NR2k3 was released in February of 2003, and that can show, however, it is still capable of looking quite decent. One of the benefits of it being an aged title though is that you can run the sim maxed out on a relatively decent system and achieve satisfactory frame rates. Some third party tweaks are available to enhance the looks and performance of the title, but I will get to that in a further section. 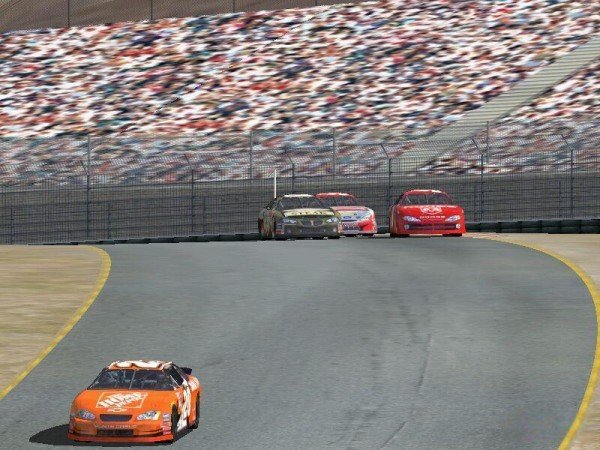 Physics
For its time, NR2k3 had some of the best physics, however, I feel like it has not held up too well. With advancements in processing power and speed, we are now able to simulate subtle nuances such as tire and chassis flex, flatspotting, even how the track rubbering in affects the car’s grip. The main thing I think that kept NR2k3 from blowing up in the modding front is that Papyrus locked down the physics to four types of vehicles.

Immersion Factor
When it comes to the immersion factor, that is where NR2k3 truly shines compared to other titles. You can run anything ranging from a quick race of 5 laps, all the way to a full 36 race season with a full weekend of 100% races. You can hear the cheers radiating from the crowds as you race down the frontstretch. Upon beginning the race session, you also can hear the trademark “Drivers, Start Your Engines!” as the cars fire up. 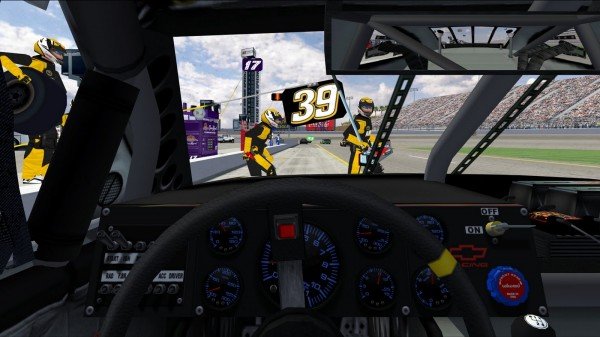 I also feel that pit stops are done the best in 2k3, where the crew actually runs to their positions as you drive to your stall. It isn’t the most precise, with crew sliding to your car if you overshoot the stall, but the animations and pit sounds are top notch. Another cool feature is that if your car is damaged, the crew can actually “saw” off beat up body panels and has it really affect the aerodynamics of the car.

Sounds
Sounds are very weak in the stock configuration, with the cars engine sounding very “tinny”, and damage generally sounds like a scratch as opposed to sheet metal crumpling against a wall. However, the third party has a wide variety of sound packs available, that bring the sounds to a modern standard, but I think that iRacing is king when it comes to stock car sounds.

Expandability
Project Wildfire released the first mods for NR2k3, bringing the Busch Series and Craftsman Truck series to the title. Since then, the community has greatly expanded on the content available, ranging from the 1979 Grand National series to current year NASCAR vehicles. The catch is that the community has been limited to about 4 different “base” physics styles, so modders can not modify the physics of the cars.
There are also a multitude of tracks available, ranging from hometown dirt tracks to entirely absurd stunt tracks built for the purpose of insane death defying leaps. Revamped Reloaded has also updated the stock tracks to modern day specifications, including SAFER barriers and multiple racing grooves.

Legacy
NASCAR Racing 2003 Season likely blew up in popularity because of the public endorsement by real racers. One of the most popular was Denny Hamlin. Denny had starting his rookie season with a bang, winning both of the races at Pocono Raceway. He then attributed his wins to the time he spent learning the track on the simulator. Another popular driver who had frequented the sim was Dale Earnhardt Jr, who now occasionally races on the iRacing service. 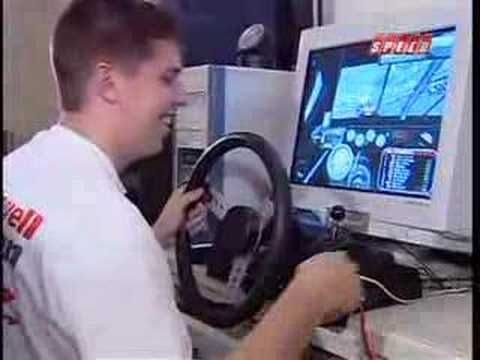 NR2k3 still is quite hard to find, with the lowest price on Amazon still averaging around $50, with a new copy fetching over $200. At it’s peak of popularity, copies on Ebay would reach over $600!

While many racers have moved on to other simulators, there are still some leagues that race regularly with the software, and can provide a very fun experience!

Conclusion
NASCAR Racing 2003 Season was a huge step in bringing Sim Racing a wide variety of race fans, and is a hallmark in sim racing history. It has held up remarkably well over the course of a decade, and can still be a fun title to try out if you are given the opportunity, just to see how far we have advanced in a relatively short time.