A new official video has been released for NASCAR Heat 2, highlighting that you’ll be able to race in all three NASCAR series across all the tracks on the NASCAR calendar. Included in the trailer are the likes of Eldora dirt, Mid-Ohio, Gateway and Road America, tracks that now make their way to the game thanks to the expansion into the Camping World Truck Series and Xfinity Series.

With the ability to start NASCAR Heat 2 Career Mode at the very bottom – a not very good truck team – and work your way up to a NASCAR Monster Energy Series Championship, there’s a lot of potential for career playability here. 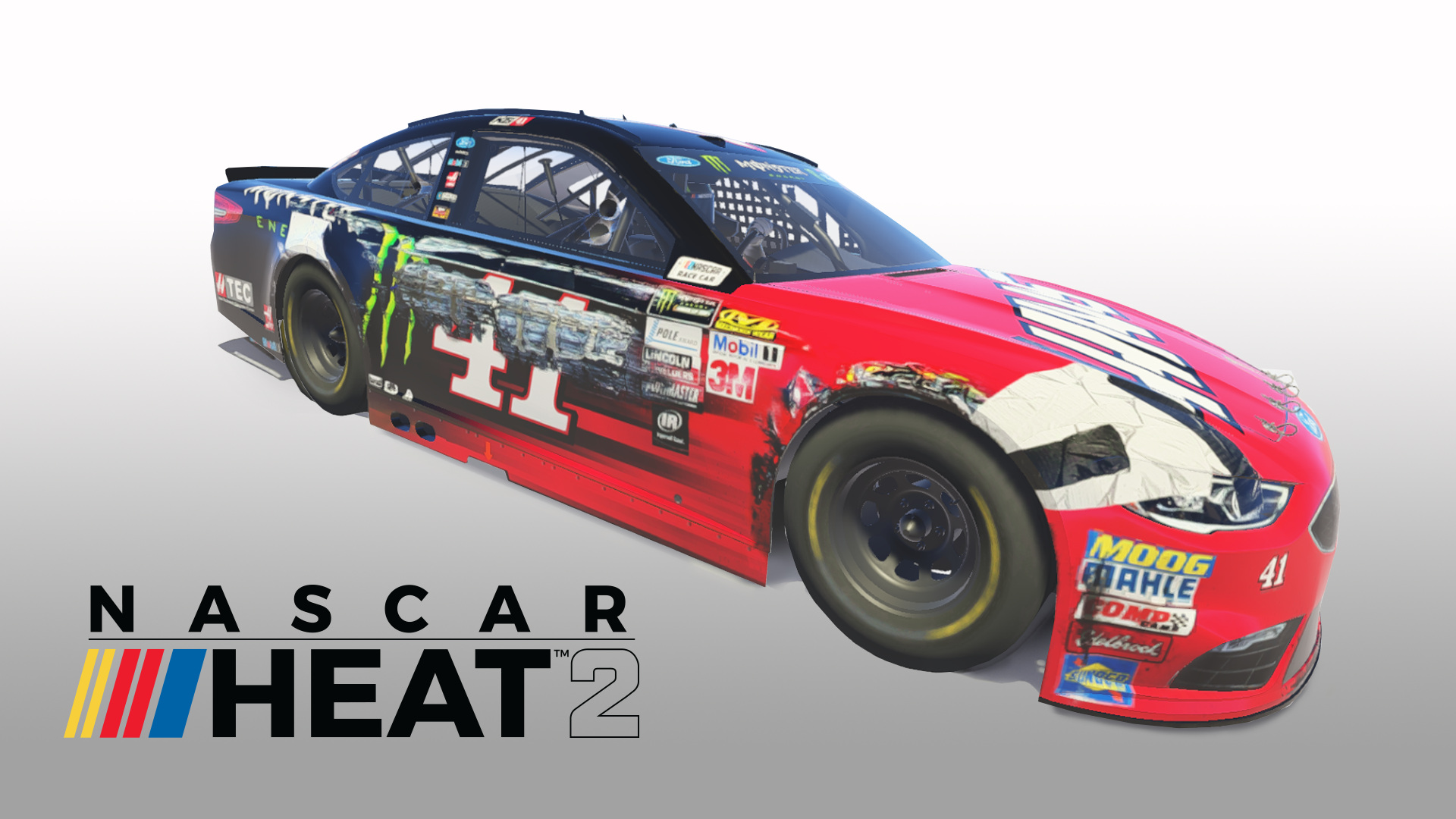 In other news, the NASCAR Heat 2 team released this image of a very banged up Kurt Busch number 41 Monster Energy Ford Fusion.  It would be pretty cool if you could actually repair your car with tape and Bear Bond in NASCAR Heat 2.  It’s a feature that hasn’t ever been recreated in any NASCAR game, or any other racing game off the top of my head.

You can read our blog here on the special voucher ticket offer, and you can watch and listen to John’s first impressions from E3 2017 here.