MotoGP 18 is not the only new game Milestone is currently getting ready for a Summer release, the Italian developer now also announced the latest member of the MXGP franchise – MXGP PRO!

PRO? Does This Allude to Something?

It indeed does, as Milestone has totally re-engineered the MXGP physics system to offer the most realistic game of the franchise to date.

As with MotoGP 18, Milestone is completely revamping the franchise this year, with a big focus on realism and physical accuracy.

That move is based on community feedback, which especially requested “free, realistic whips; more in-air control; ruts that influence how you take corners; clutch control for super-fast starts”. All of these features will be implemented alongside many more which give the PRO physics their name.

An extensive tutorial mode for mastering all the game has to offer will be amongst the new additions as well. Plus, of course, all the MXGP riders, sponsors and game modes known from the previous releases.

MXGP Pro will be released on June 29 on PC, PlayStation 4 and Xbox One all around the world except for America – the release will follow soon after. 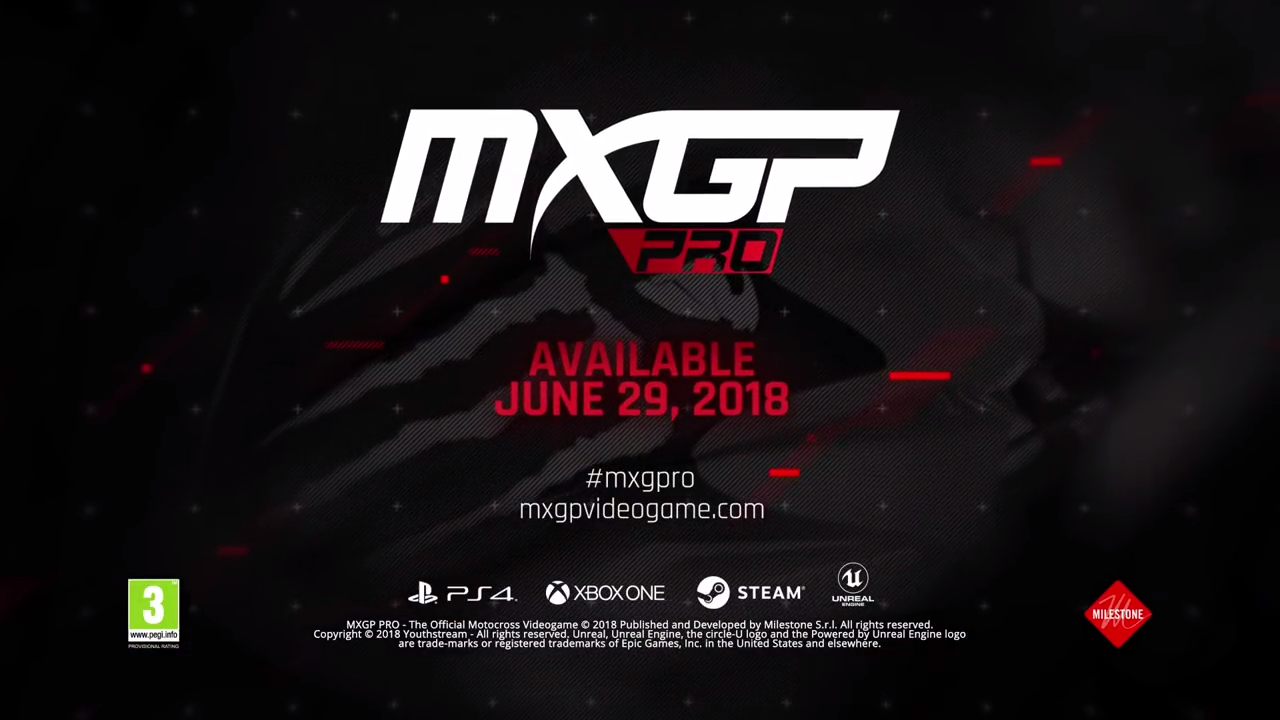