After only just releasing TT Isle of Man the Game (on consoles), Kylotonn Games has already revealed its next project. And surprisingly, it is V-Rally 4!

You might not remember the V-Rally seriers, as V-Rally 3, being released in 2002, is now 15 over years old! Former iterations made apperances on various platforms, such as Nintendo 64, PlayStation or GameBoy, under various publishers, including EA as part of the Need For Speed franchise.

The game itself was more of an arcade rally racer of the likes of Sega Rally!

Kylotonn Games together with BigBen Interactive are now the ones to tackle the fourth iteration of the V-Rally family.

Not much info is available right now, but the video description of the announcement trailer, which you can view above by the way, did reveal a few features.

For example, V-Rally 4 will feature over 50 car models, including Porsches, which you will be able to race in a career as well as an “innovative” online mode. Single player disciplines will include “rallies, rallycross, drift, buggies and hillclimbs”.

Don’t expect a hardcore sim, but more something in-between, developed to enjoy and easily access the art of rallying!

V-Rally number four is set for release in September this year on PlayStation 4, Xbox One, PC and even the Nintendo Switch!

You might remember that Kylotonn Games also dropped a very well received WRC 7 last year. We do not know yet whether V-Rally will replace or accompany this year’s potential WRC successor. 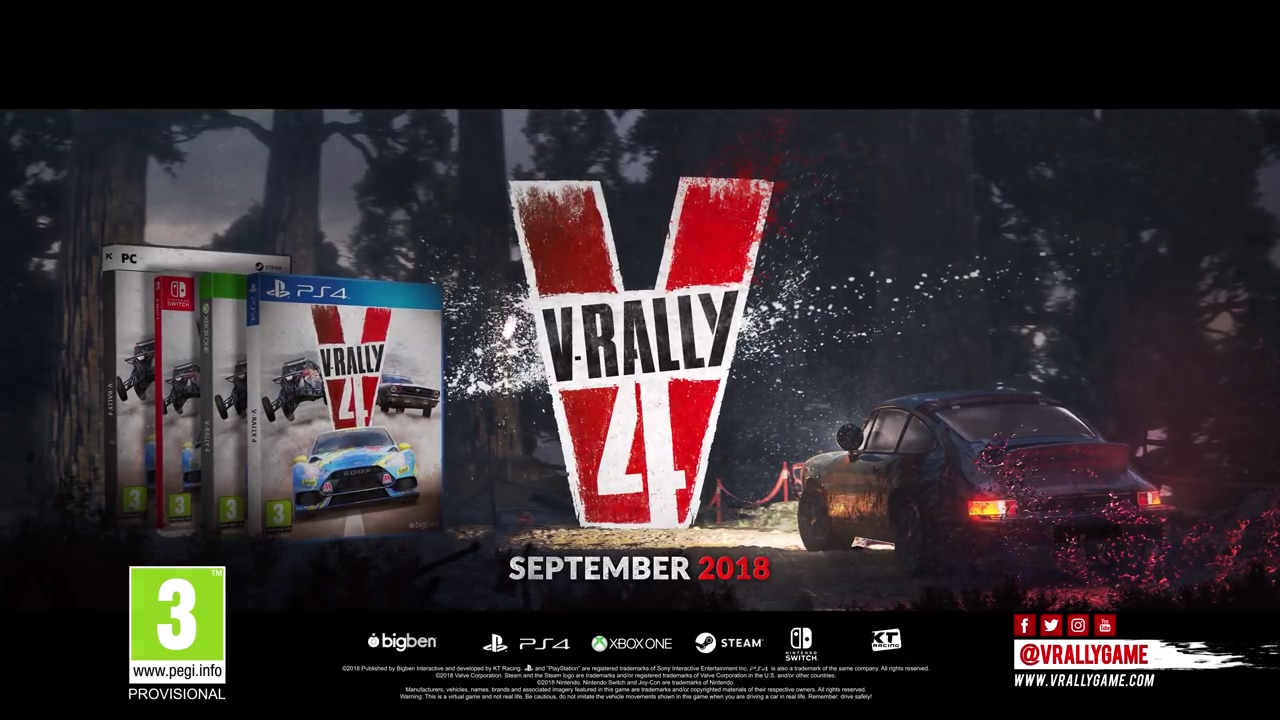