The march to dirt racing in iRacing continues, with the latest update coming in the form of a single screenshot of the trucks getting sideways at Eldora Speedway.

No one said the march would be plentiful with screenshots.

But unlike the previous screenshots that featured the Street Stock, Late Model and Sprint Car, this is the first shot of the trucks tearing it up at Eldora.  And while the Chevrolet Silverado and Toyota Tundra are already in the game, it is cool to see them carrying the same modifications to run on dirt as they do in the real world, those modifications being the loss of the front splitter and running a clear dirt deflector on the hood.  It’s hard to see on the blue Silverado in the foreground but easier to see on the red Tundra behind with the black line on the hood that is the 90 degree metallic channel to hold the clear deflector in place.  If you want to take a closer look yourself, check out the full res image below.

That’s all we got for today’s iRacing dirt update.  No new release time frame has been given, but when it’s announced, we’ll let you know. 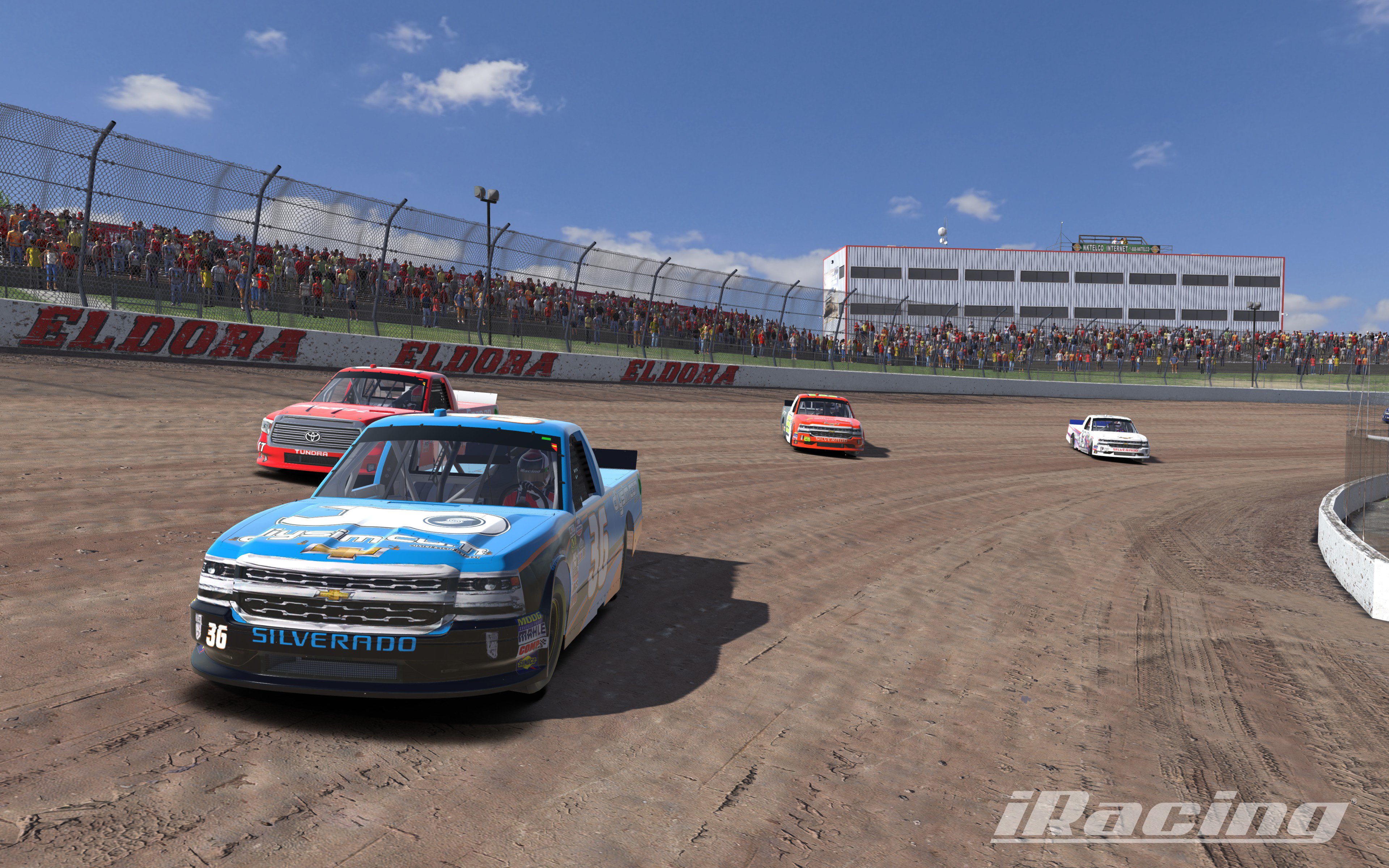