Another new car is soon to be released by iRacing – VW Beetle GRC – and what is GRC? “Global Rallycross”. This is no “Herbie”, this is a 544bhp 0-60 in 2.1s powerhouse. Oh and the flower vase isn’t included.

With the addition of the latest dirt content and the expected Rallycross cars/tracks this new car will fit in nicely. Like we mentioned in our Project Cars 2  feature, real world race car drivers are helping with development and this time we welcome Scott Speed. Scott has raced many different types of disciplines, F1, NASCAR and Rallycross GRC. the latter being Andretti Autosport and winning the title in 2015 and 2016.

There are many Rallycross cars to choose from and I wonder how many would choose the VW Beetle? 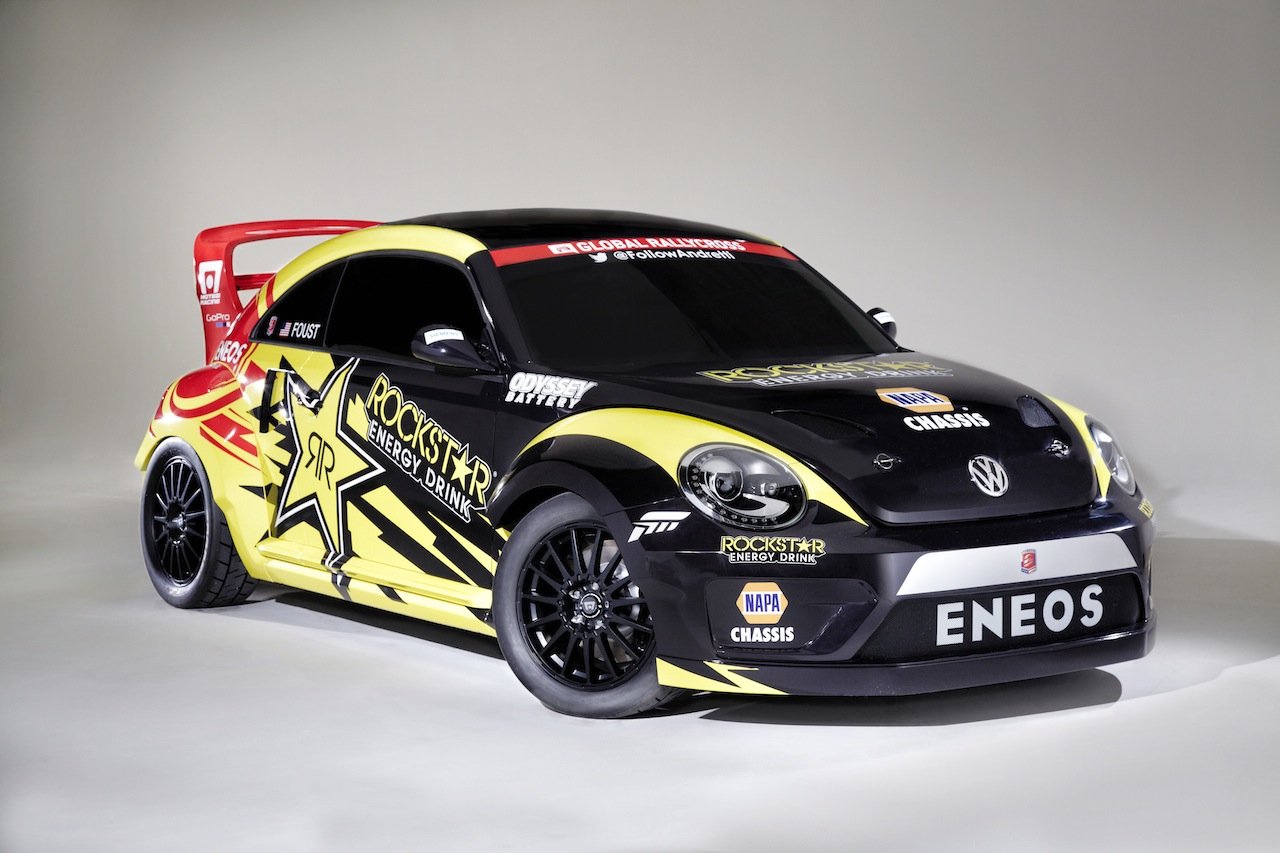 Maybe you would now after seeing this, it certainly looks the part. The engine is a 1.6ltr 4 cylinder engine which is turbo-charged. A competition limited slip diff front and rear and a new fixed-split-4 wheel drive system to tame this beast. Interestingly the rear suspension is of a strut design like the front and the shock absorbers have over 9″ of travel to keep the 17″ Yokohama’s on the ground. Of course this is real world statistics but in sim world the developers at iRacing do a good job of translating that to the sim. Along with the help of Scott Speed this could be an interesting car to drive.

Lets see how this develops, you can read about another car soon to be released in iRacing by clicking here.