With the first major release this year – Dirt – out of the way, Time Attack challenges and a new UI have been announced for iRacing. The announcement was made in form of a video/ trailer, which you can view above.

Most of you should be familiar with Time Attack modes. The principle is simple: A car, a track and a leaderboard, fastest time wins. Unlike traditional races though, you do not compete directly against your opponents. You have the track to yourself and you can really push your car and your driving skills to the limits.

Together with the official racing series, iRacing will host Time Attack competitions for different car classes each season.

Every competition will be assigned several tracks, in most cases twelve, as with the official series, for you to hot lap on.

In order to place a driver on a leaderboard, the driver’s best times from each track are added together to form an overall time, which is then used for ranking. This gives you the opportunity to make up for slower times by being faster on another track.

Here is a work in progress preview of the leaderboard taken from the video.

While most of the columns should be self-explanatory, others might require a brief description. “Next Level” shows the gap to the next rank. “Overall Leader” shows the gap to the leader and your “TA Level” (Time Attack Rank) is determined by the “% Rank” value. The different ranks can be viewed below.

It is important to note that the whole Time Attack mode is detached from the official racing series in iRacing. This means that there a no license restrictions and that you can compete whenever you want. Safety Rating and iRating will NOT be affected by your Time Attack involvements either.

Something that can be easily overseen in the Time Attack focused video, is the introduction of the long-awaited new user interface for iRacing. The video does not go into great detail here, but we do get a glimpse of the car selection menu, the session overview and the leaderboard. Also worth pointing out, is that the new UI comes in the form of a dedicated desktop app.

When the Time Attack and the new UI will be released is still unclear. As ever “Stay tuned for further details”. 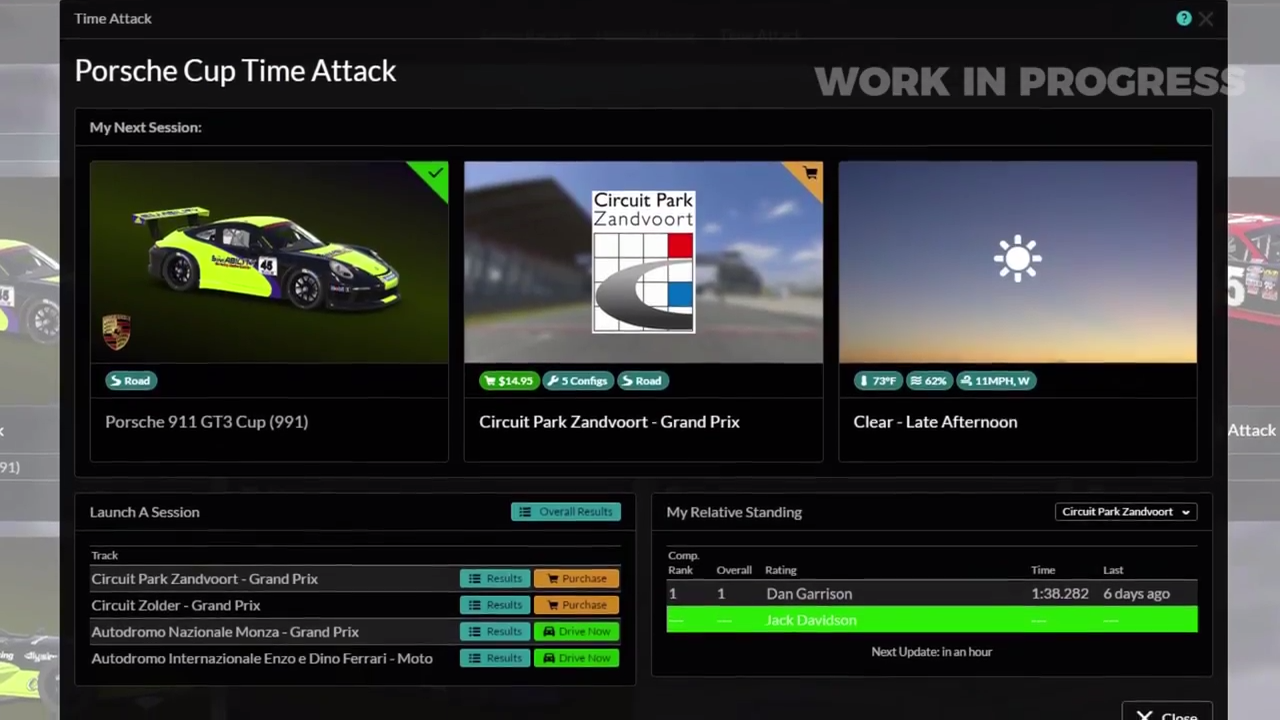