The first of the infamous Italian horses has already made its way into iRacing and the second one is not far away. September, iRacing says, will see the release of the Ferrari 488 GT3, but as we know from the last car release, iRacing can sometimes implement its announcement pretty quickly.

It will be part of many iRacing series…

Once released, the Ferrari 488 GT3 will be part of the iRacing Blancpain Sprint and the Blancpain Endurance series as well as the IMSA​ Online SportsCar Championship.

The car itself should need no introduction, since you most probably are already familiar with it from other sims. If not, here is a little refreshment for your mind on some of the specs, courtesy of R.Ferri motorsport.

For some impressions of the car, you can check out the trailer above or view the screenshots below. 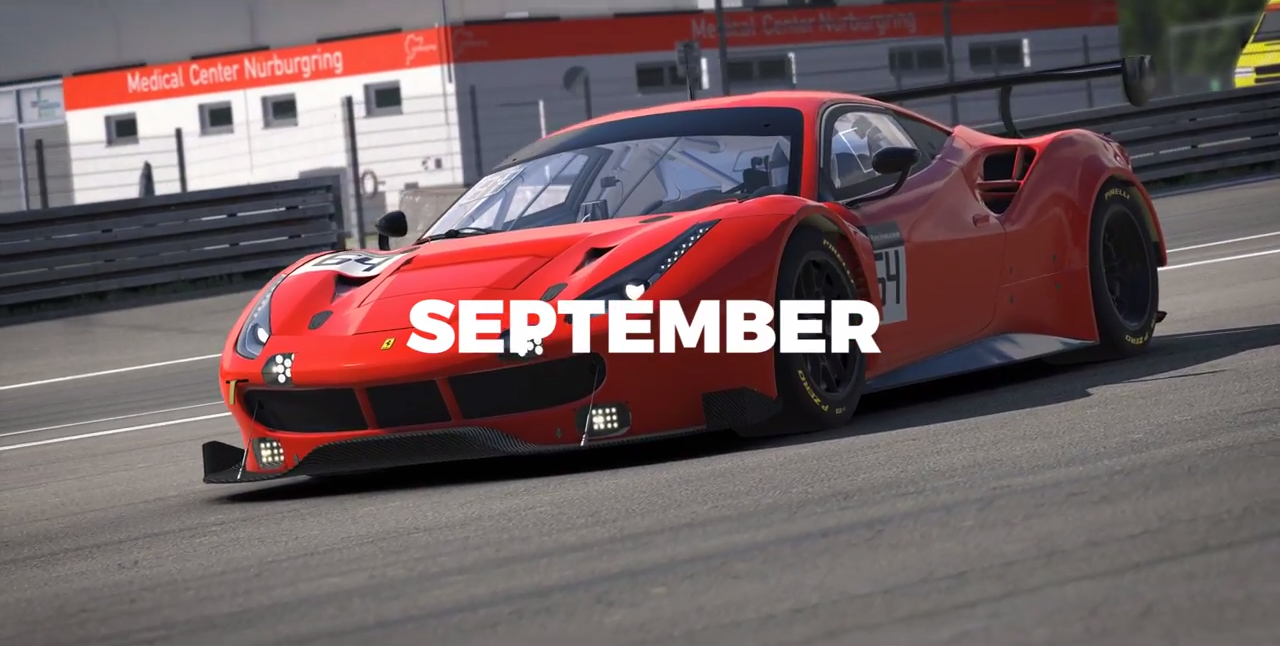