Wednesday September  7th, the team at IER releases USCC Mod Car Pack v1.0 for Assetto Corsa. This new DLC from the International Endurance Racing Modding Group is the first instalment of the USCC modding project and with this, the team plans to reproduce the inaugural 2014 IMSA Tudor United SportsCar Championship (TUSC) season!

The Oreca is one of my favourite mods in Assetto Corsa and momentarily happens to be one of the few LMP class of cars available for us to drive in the title. The sound of the big block V8 is also a great representation of the real car’s sounds. I found the steering a little light on the Oreca, hopefully that has been fixed in this update. The Coyote on the other hand, has a nice definite weight to its steering.

The first v1.0 DLC pack will include both the 2014 Coyote Corvette DP and the 2015 Oreca FLM09 LMPC Prototype. Included in the update are a raft of fixes, improvements and new features for these two purebred race cars. Prior to installing the pack, IER strongly advises first deleting all previous versions of the mod. 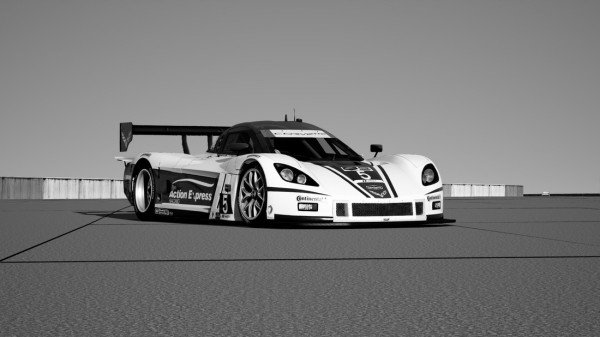 Featuring the Coyote and Dallara Corvette Daytona Prototypes along with the Oreca FLM09 LMPC car, the long awaited update to IER’s first car pack is finally ready for public release.

The update brings new features, bug fixes, and improvements to the cars.

Further development of the tire model, aerodynamic properties, suspension geometry and kinematics, among a myriad of other adjustments bring both of the cars to new levels of accuracy. Utilizing more technical data and telemetry than ever before, the Oreca FLM09 race car is as accurate as it gets in public simulations. Telemetry between the sim and real life around Sebring International Raceway has been matched to the mph, while braking torque has been calculated to be as accurate as the simulator can handle, with the only limitation of accuracy being the user’s pedal set.

To move along with Assetto Corsa’s progress, all cars now feature the V10 tire model, dynamic brake temperature, and in a first for AC, visual aerodynamic part adjustments. Users can now choose the Low-Downforce configuration of the Corvette DPs via the in-game aero setup menu.

In-game performance has now been enhanced via texture and material optimizations of the two cars.