Since its surprising announcement a while back, news on Milestone’s offroading game Gravel were rather rare. Now, the Italian developer is back with the first dev diary, you might remember the format from somewhere else, which announces an early 2018 release date and gives some insights on the possibilities the Unreal Engine 4 provides for the developers.

At first, Milestone was targeting a summer 2017 release, but it seems that the date might have been a bit too soon. Early 2018 is the new time frame that has been given for release.

Gravel will be available on PS4, PC and Xbox One.

Apart from the obvious visual improvements, Unreal Engine 4 brings many more advantages which become obvious when looking under the hood of a game.

Whilst workflow improvements are nice, they are not noticed by the user. On the other hand, the vast areas in Gravel will and they would not be possible without Unreal Engine 4, the developers explain.

Unreal Engine 4 also provides a lot more realistic lighting. Thanks to the True Sky plugin, Milestone is able to set the position of the sun according to the track’s location in-game, as it would be in real-life. 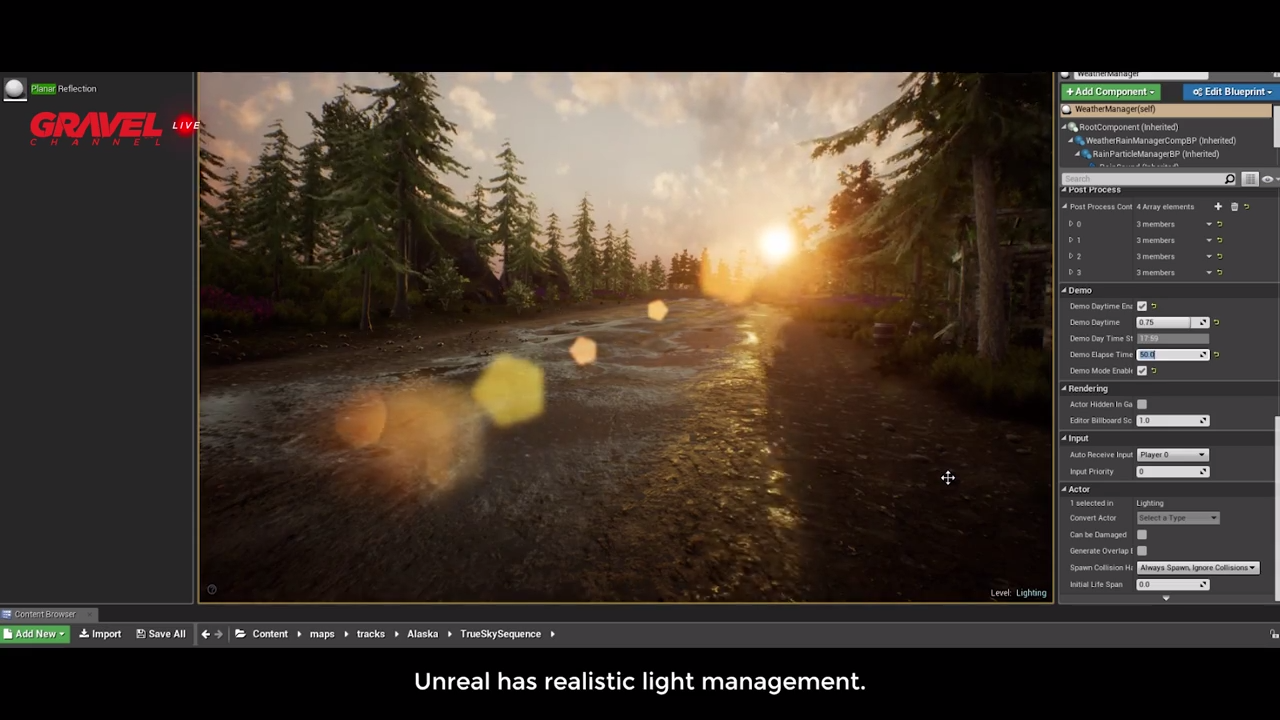 Audio has also been drastically improved. Milestone’s audio team recorded the scales of a car engine rather than the sound at a specific RPM and fed that data into a tool called REV. This would then analyse the recordings and reproduce a cleaner yet realistic sound with a synthesiser.

Gravel is Milestone’s second game to run on Unreal Engine 4. The first one was MXGP3.

You can check out the dev diary above.