Slightly Mad Studios have announced they will be bringing four Godzilla Monsters to Project Cars 2, in the name of the fire spitting Nissan GT-RS. Believe it on not the Nissan GTR is in its 60th year and 6th generation, an iconic marque for petrol heads around the globe. I have to say this is one of my favourite cars – all models –  in the real world and sim racing.

A familiar quote in the motor industry over the years is a legend is born, not made

This is quite apt to the company – Prince Motor Company –  responsible for producing the first Nissan four door sedan. a company which in their infancy was building WW2 fighter planes. The first Skyline was born in 1957 from its factory base in Tokyo. They finally merged with Nissan Motor Company in 1966 to become an icon for road and race through out the world.

An interesting yet innovative way of advertising is the Prince Motor Company placed their cars in the Japanese “Godzilla” movies, 28 were made in the early 60’s and Skyline has had a very successful movie representation ever since. The win on Sunday and sell on Monday regime, famous in NASCAR – Ford  and Chevrolet –  was early recognised by the company. So much so they produced a race spec version on the skyline in 1964, a straight 6 engine which dominated Japanese motorsport – The Nissan Skyline 2000 GT  was born and so the ever revolving myth of the GTR had began.

In 1969 the first Nissan GT-R was unveiled, the 2000 GT-R which was nicknamed Hakosuka. Hako meaning “Box” and suka meaning “Skyline” 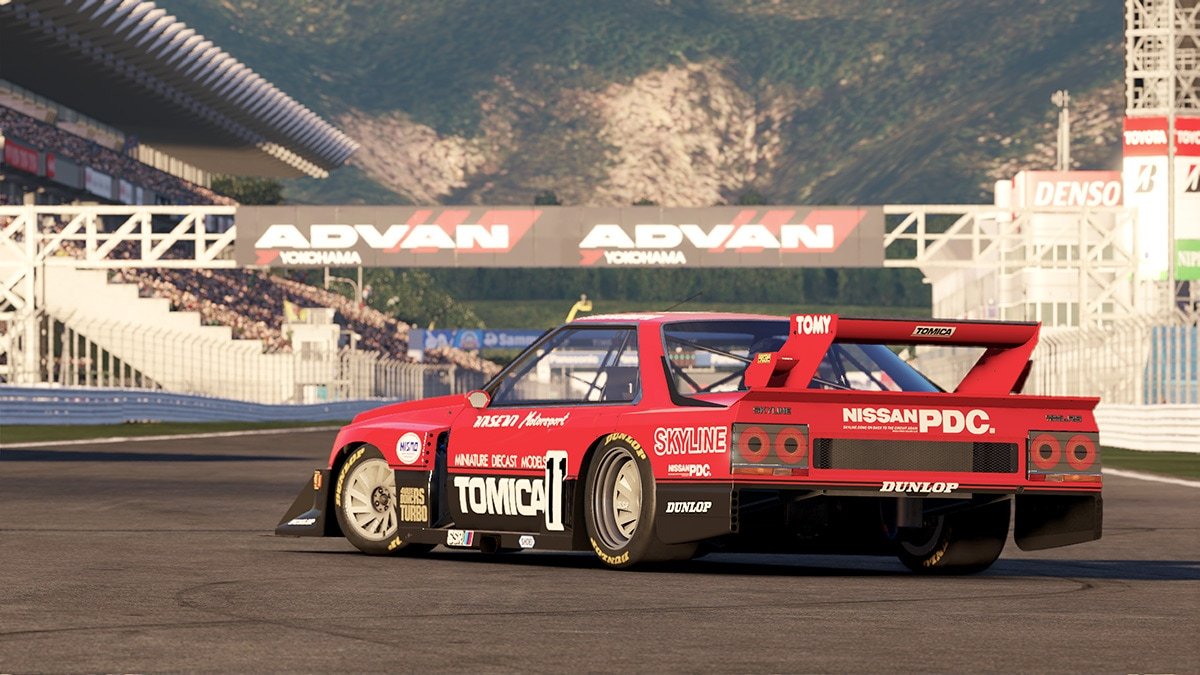 It was some years later after an oil crisis that the GTR “Godzilla” would return, in 1983 the company produced the Nissan Skyline 2000RS Turbo, this had an air to air intercooler punching out 200bhp, this car was very dominant in the all Japan Sports Prototype championship in the early 80s.

200bhp in the early 80s is mind-blowing, when the car my parents had was a Ford Cortina Mark 3, about 96bhp…and that was with a sporty camshaft installed! 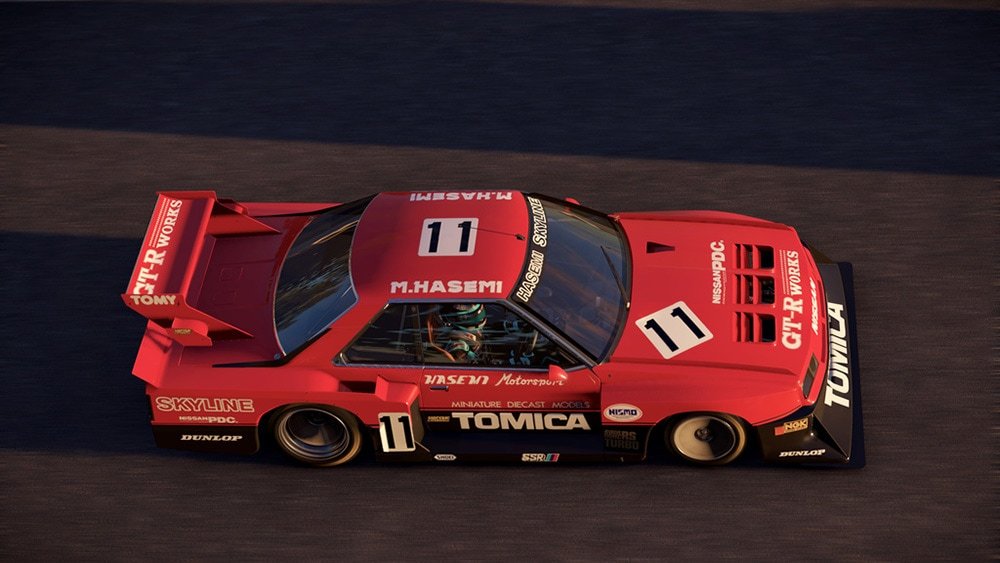 Bigger wider monsters, producing more and more power with a “iconic” on/off switch turbo lag! You are now in the group 5 era where the roofline and doors have to be the same as the road going version, and everything else was left open for modification! Bigger fenders, wider tyres, wings, and best of all, a fire spitting, gasoline burning road ripping engine. The turbo lag and whine is a sound all us petrol heads of a certain age will remember fondly.

As you can guess this is one of the Nissans which will be represented in the Project cars 2 title, 1000kg pushing out 600bhp.

Another iconic variant is the Nissan Skyline GT-R R34, again an in-line six engine pushing out over 900bhp. 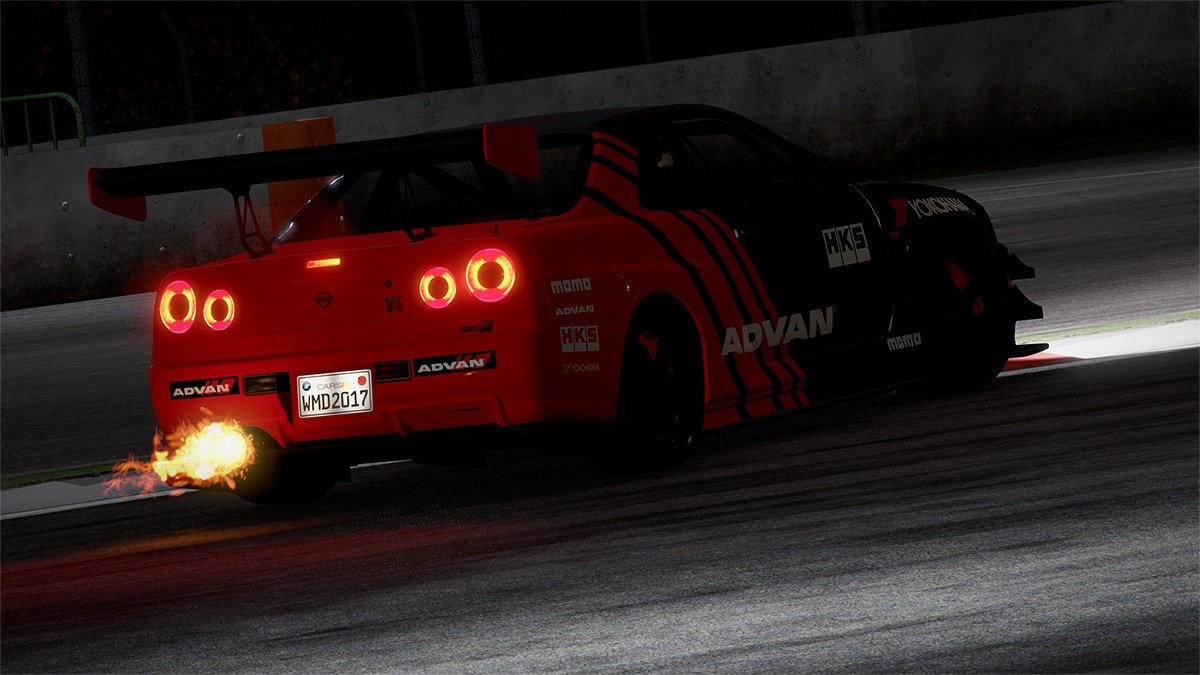 Petrol heads around the world will know this car to be tuneable dream, with a limitless amount of extras and go faster goodies. The all drive system is present with added knowledge of being set up on the famous Nürburgring where it held the production lap record until the Porsche 911 showed it’s face! 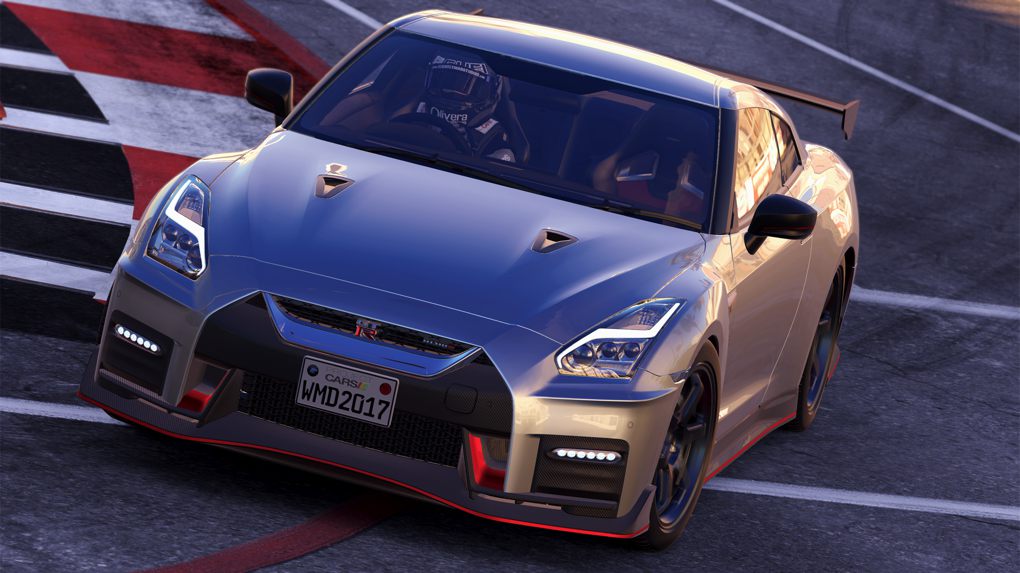 A 2007 born vehicle, the first shipped to the US, the first also without the famous all wheel steer system and sadly the last GT-R. The engine is bigger, its a twin turbo 3.8ltr V6 which in stock form is punching out over 480bhp. Manual stick shift has been replaced with a paddle shift and dual clutch set up.

However we are lucky as the one included in Project Cars 2 is the GT-R Nismo, this car is a Goliath 600bhp and 0-100 in less than 3 seconds with a 200mph top speed. An insane amount of grip and a lap time around the “Ring” in 7:08.69s, the 6th fastest time ever recorded. This is the car that will kill off all other hyper cars, you will not find a faster car, unless you build a racing version…. 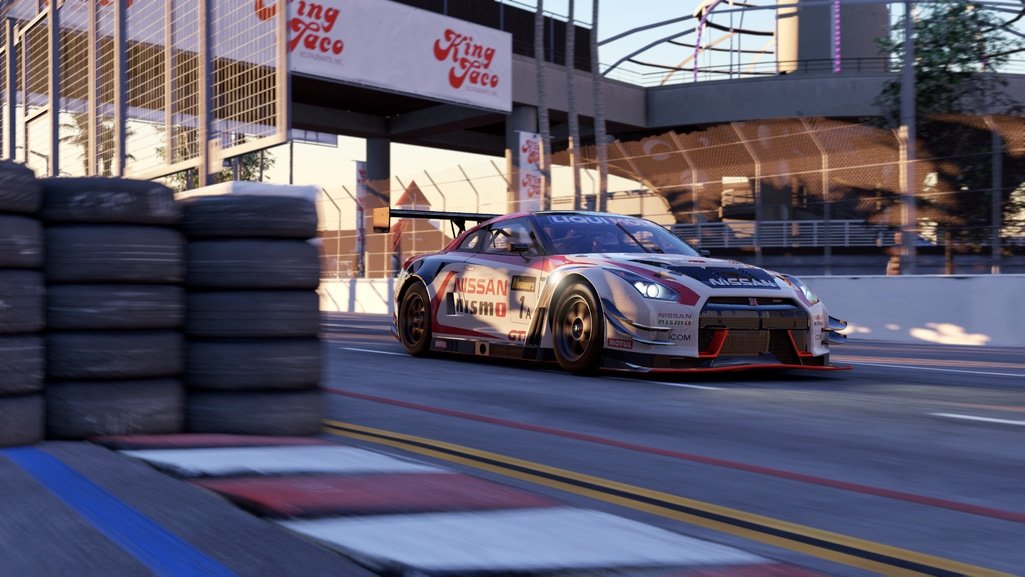 A slightly detuned VR38DETT V6 twin-turbo pushing 500hp with six speed sequential manual gearbox, semi-automatic paddle shift and, in line with GT3 regulations. Its the first Skyline to lose the famous “all wheel drive system”, but due to clever engineering you probably won’t notice this emission when driving this car on track.

Slightly Mad studios had a tough time picking these 4 iconic cars, are there any variants you would like to see? Please leave your suggestion in the comment section of this blog, or let Slightly Mad Studio’s know, you might encourage them to releasing more “Godzilla” icons.