Xbox @ gamescom Live saw plenty of time being dedicated to Forza Motorsport 7 and especially to its PC version. Not only were the recommended specs revealed, but Microsoft and Turn 10 also shared the list of supported devices.

Catering for the PC platform

Learning from its previous experiences with Forza Motorsport 6: Apex and Forza Horizon 3, Turn 10 Studios has invested a lot of effort into making Forza Motorsport 7 a true experience on PC’s and therefore giving the competition a hard time.

As part of those efforts, for the first Turn 10 will offer a PC demo of the game prior to its release.

Even more interesting are the lengths Turn 10 went to regarding device support. Triple screen support as well as support for 21:9 monitors has been implemented for the first time with a Forza game on PC, alongside support for 8x MSAA and 16x anisotropic peripherals.

Moreover, the spectrum of PC’s being able to run the game has been widened as well. Here is an overview of the required specs

Speaking of requirements, a racing wheel may not be required but is definitely recommended. Here is the list of supported input devices.

Direct drive wheels are not among the list. Support might be added in a future update, but there has been no official word on the matter just yet. VR support is also up in the air.

Recently, the car list was expanded and the track list was released as well. Learn more by clicking on the links. 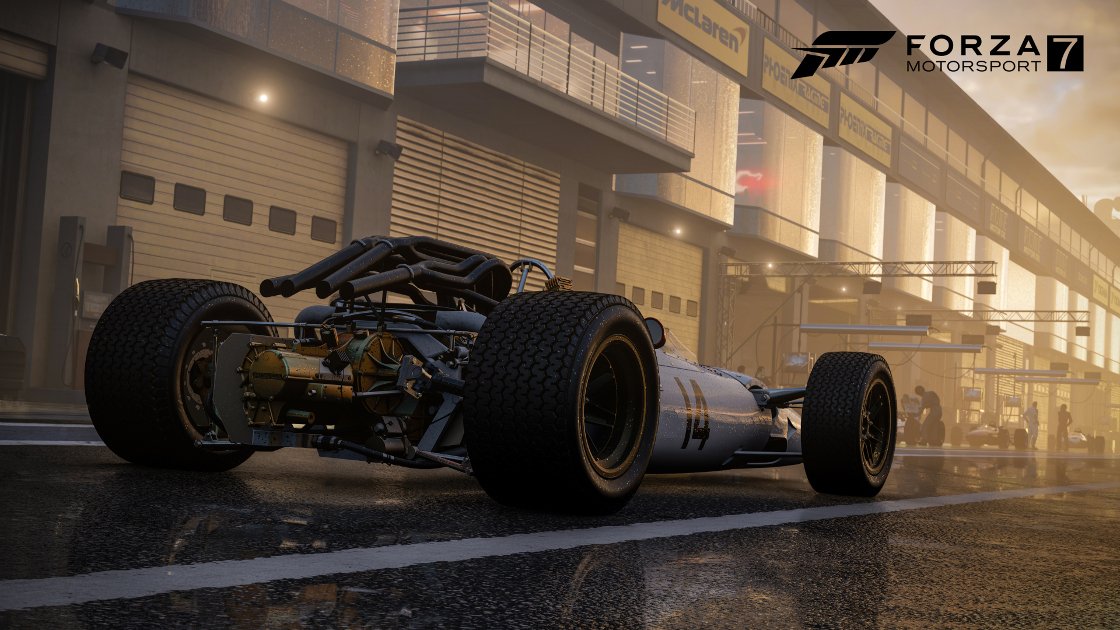