Xbox One X launch is now only days away and games are starting to get ready. The first racing game to receive “Scorpio” support was not Forza Motorsport 7 though, it was F1 2017. Nevertheless, Forza 7’s update comes packed with features and fixes – for PC’s as well – and a new car pack was announced too.

The “most comprehensive update to date”

Certainly, this is no understatement. However, with the update being published so close to launch, it seems that these features were actually intended to ship with the game in the first place.

New features include new and proven multiplayer modes, such as Drag, Tag, Virus and Keep the It and Pass the It, as well as a returning auction house. #Forzathron, known from Forza Horizon 3, also makes a comeback and first events are scheduled to start next week.

But the major part of the update are not the new features. Turn 10 has deployed an armada of fixes to the PC and Xbox versions of Forza Motorsport 7, basically ranging through all the areas of the game.

Xbox One X support has been added as well.

Seven new cars will be coming to Forza Motorsport 7 on November 7, six of which are new to the Forza series, the Maserati 250F marks the only exception.

Forza 7 car pass owners will receive the pack free of charge, other Forza users will have to spare a couple of dollars should they be interested. A little trailer for the pack was put together as well, you can view it above.

The following cars are included:

With no dirt tracks available, the Honda Trophy Trucks seems to be a little out of place, but maybe this ought to change in the future? The gravel on the picture could be a hint… 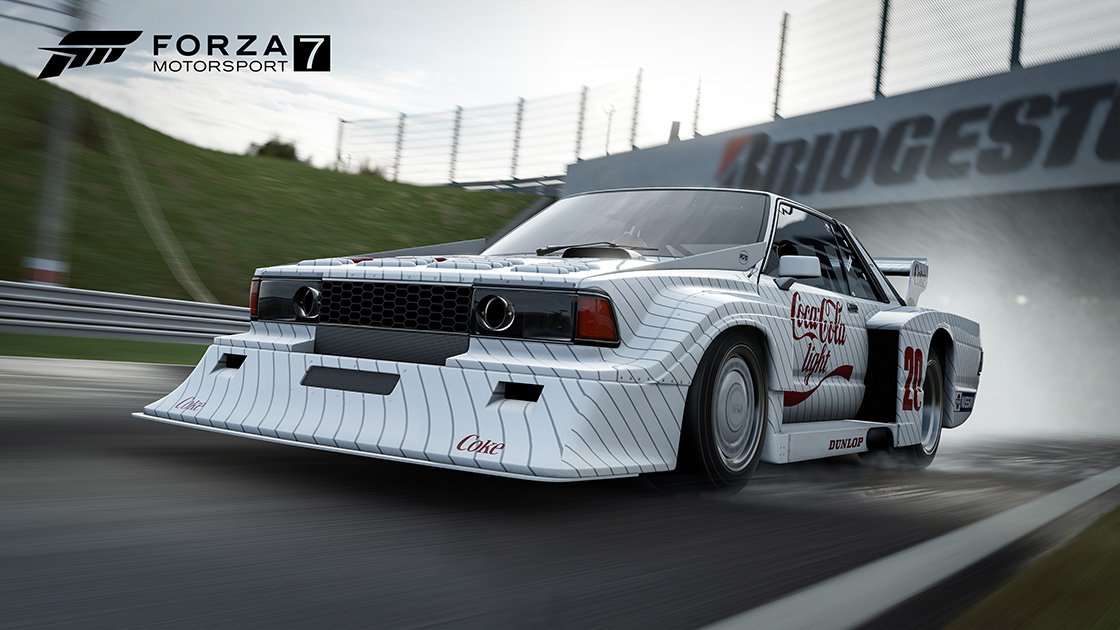 General Fixes
The general fixes in today’s update touch many different areas of the game – including improved performance when loading, updated Forza Rewards Tier badges, and much more.

PC
In addition to placing a focus on stability and performance on PC across a wide spectrum of hardware configurations, today’s update features numerous specific improvements, listed below.

Multiplayer
With new modes lighting up today, including Tag, Drag, Keep the It, and more, we’ve got more ways to enjoy Forza 7 than ever. In addition, we’ve made some specific improvements to our multiplayer, such as changing the default chat setting for players in a party, menu performance and stability enhancements, and more.

Cars
This update contains fixes and improvements for numerous cars in the game; from audio and camera improvements, to handling updates for a pair of cars that were previously experiencing strange behavior when damaged.

Tracks
• Fixed an issue where ground was missing during some replays at Suzuka.
• Fixed issue where buildings were sometimes missing on Indianapolis Motor Speedway/Grand Prix Alt track during pre-race.
• Fixed a lighting issue at Homestead, causing black boxes to appear on the 1990 Renault Alpine GTA Le Mans.
• Fixed issue at Indianapolis Motor Speedway where the player’s view of the car is obscured by barrier while in the upgrade shop menu accessed from the Pre-Race menu.

Drivatar
• General Drivatar improvements, including fixing issues where Drivatars would consistently drive off the road completely on certain tracks.

Audio
• Fixed an issue where music and voiceover was not synched in the opening video for some players.
• Fixed an audio issue where completing multiple mods at the same time would result in an overly load “rewards” sound.
• Fixed an issue where replays had no game audio after exiting and re-entering any replay in Free Play or Multiplayer.
• Master Volume slider range in the Audio Options page has been extended to support “Off”. Users that previously adjusted this slider may need to reset this value.