Presenting our Impressions of F1 2017 at E3 2017. Codemasters is looking to expand on the solid F1 2016 with an even deeper career mode and the injection of some classic F1 cars into F1 2017

John had the chance to sample a couple of those classic F1 cars, including the 2007 Ferrari F2007 and the Red Bull Racing RB6, and learn about how the classic content will be embedded into the modern game.  The gist of the Career Mode is that you drive for a wealthy owner – as they are in F1 – and he has some classic F1 cars that he would like you to drive.  Think Goodwood Festival of Speed as the real life inspiration, except instead of racing up a driveway, you’re competing in “Invitationals” on F1 circuits.  In fact, some of those Invitationals utilize the non-GP version of the track, mixing things up.

As for the modern F1 car, John was also able to drive the 2017 Haas F1 car and see how Codemasters has tackled the 2017 rules.  The wider, higher downforce cars do seem to go around corners with more ease and brake later.  Putting down the throttle is still a challenge thanks to the torque but work has been done on the physics to improve the feel and eliminate the, “I got it, I don’t got it…” of F1 2016.  It was hard to tell on the E3 floor if this had indeed been improved but it will be something we focus on when we get the game in our hands.

We were also told about improvements to Career Mode.  While we didn’t get a chance to test it, it sounds like the already deep 2016 Career Mode will only get deeper. 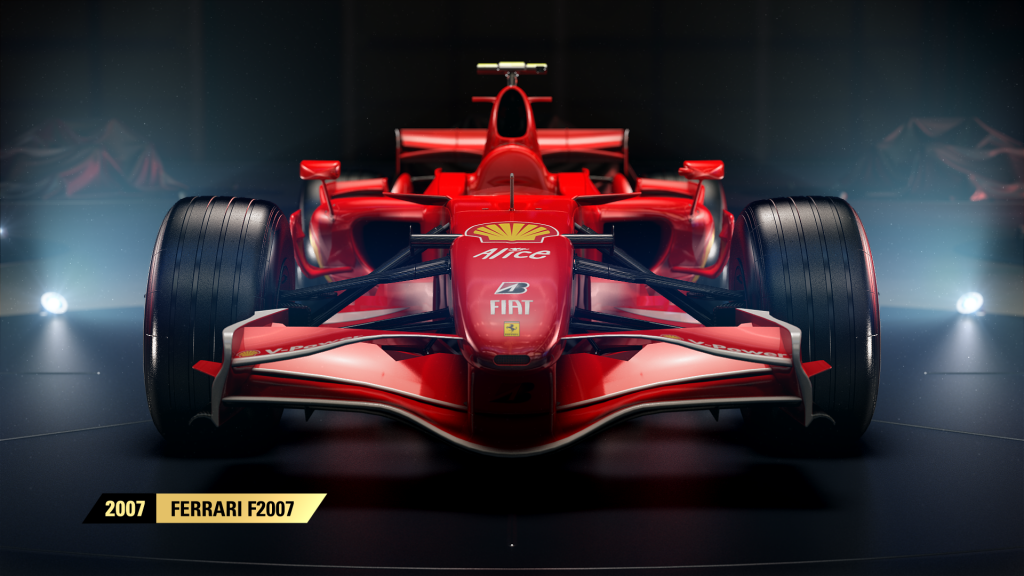