In the last DiRT Show before release, World Rallycross Championship Commentator Andrew Coley gives us a tour of the Codemasters Studios, discusses DiRT 4 with the team and most importantly, shows what went into the development of DiRT 4.

Right at the beginning of the studio tour (6:08), Senior Game Designer Darren Hayward confirms that DiRT 4 has now officially gone gold. That means that the final version of the game is being printed on disks as we speak and that DiRT 4 will make its scheduled release, something that you cannot take for granted.

As per usual with most games, you can expect a day-one patch though.

As you may know, the tracks and stages are built upon real-life data, i.e. photos or scans.

The team travels out to the locations, inspects the track and takes “thousands of photos” to produce the best possible version in-game. For a rallycross track, this process can take “a couple of weeks” and for a rally stage “even longer”.

The simulation programmers (8:06) are responsible for making things feel as they should in-game, i.e. the physics.

As with the environment, the physics are of course based on real data as well. Darren Hayward reveals that Cooper Tires was one of several third parties to provide data for the game and contribute to a more realistic experience.

You might think that Your Stage (8:36) has been discussed enough by now – it probably has – but nevertheless, we get to learn that the features has been in development for over three (!) years.

Some further details (25:56) on the feature include a sharing functionality. Together with a rating you can upload a newly-generated stage to the DiRT server. Other people can then download that stage and leave ratings as well, which will allow for a list of curated stages. If popular rally personalities want to have a go at Your Stage, their stage can be featured by the DiRT team as well. 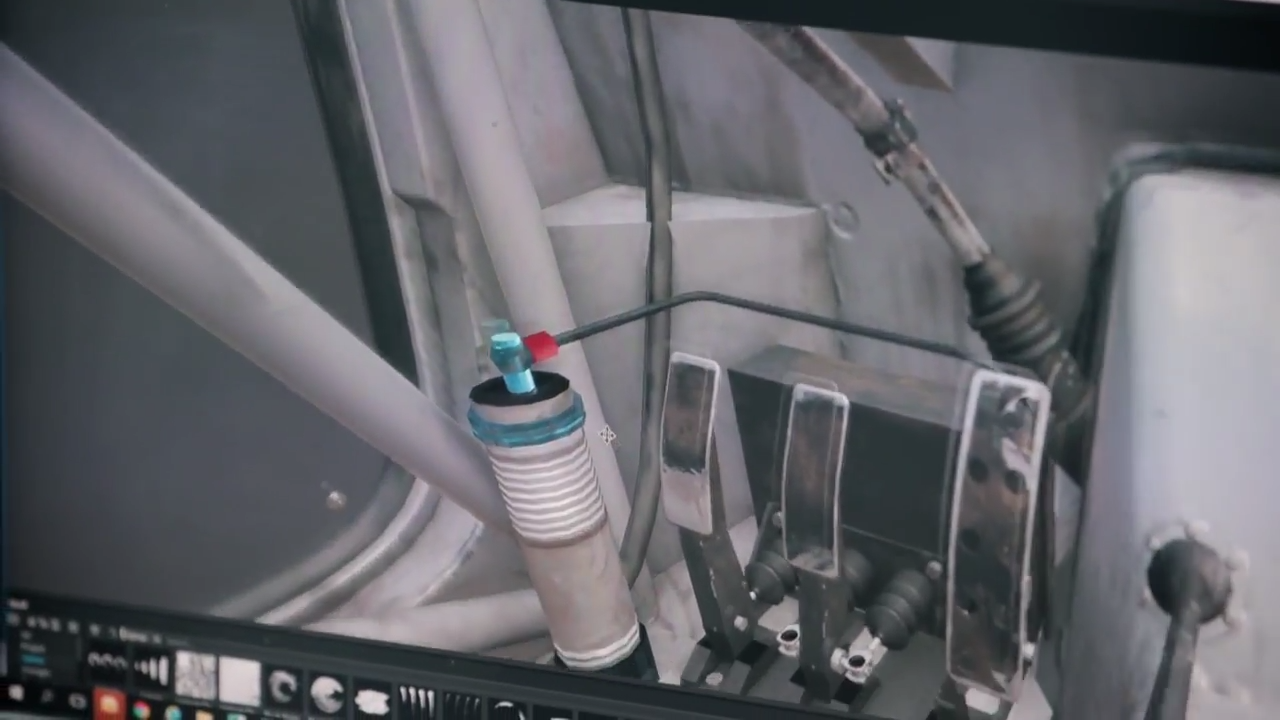 Note the wear on the pedals.

Now, this part of the video (9:27) is especially interesting, since we get to see some things we usually do not get to see. The Vehicle Artists are responsible for designing the cars in DiRT 4. Lead Vehicle Artist Nick Phillips impressively shows the attention to detail that went into creating the cars for DiRT 4.

But it is not only about the looks. Creating a more realistic virtual counterpart of a car also improves its damage model. If there are more things to break it, will feel a lot more realistic.

For example, daily, weekly and monthly events will be hosted for the community to take part in.

But even more important is the addition of the clubs-functionality, which is similar to the leauges-functionality in DiRT Rally, just “bigger, better, bolder”. With it will come some kind of web interface, which will allow you to set up championships or create stages for your club, without starting the game.

Collaborations with the WRX team and drivers are also on their way.

The video also features some gameplay and is definitely worth a watch. You can do so above.