In case you followed the DiRT Rally development, you will already be familiar with Codemaster’s Dev Diaries, giving an update on what has been going on, what is going on and what will be going on.

The first Dev Diary for DiRT 4 is now here, touching on “Your Stage” and announcing the different editions of the game that will be available for purchase in June 2017 and also available for pre-order.

The Day One Edition will feature the Hyundai R5 rally car, which you will also receive if you pre-ordered the game, alongside “a unique event, livery, and Founder Icon”.

This includes everything you get with the Day One Edition and an additional Team Booster Pack, which provides you with “a unique team offer, staff and facilities bonuses” in career mode.

The Dev Diary also contains a video with Peter Solberg, Kris Meeke and some developers giving their thoughts on the game.

Solberg, who you should already be familiar with if you follow the rallying scene, if not, he is a one-time WRC and two-time WRX champion, and Meeke, who is also a rally driver, currently in the WRC, talk about the game, Your Stage, rallying in general, Colin McRae himself and also the previous Colin McRae games. The team elaborates on the game, “Your Stage” and its experiences with them.

Solberg even challenges the viewer to beat his time on a stage created by himself in the game, promising “real trophies” if one is able to do so. This could mean that some competitions are already in the pipeline for DiRT 4.

Although the Dev Diary did not tell us anything we did not know already, apart from the game editions, it is good to see that things are happening and DiRT 4 might be a game that, for once, could even make its initial release date. 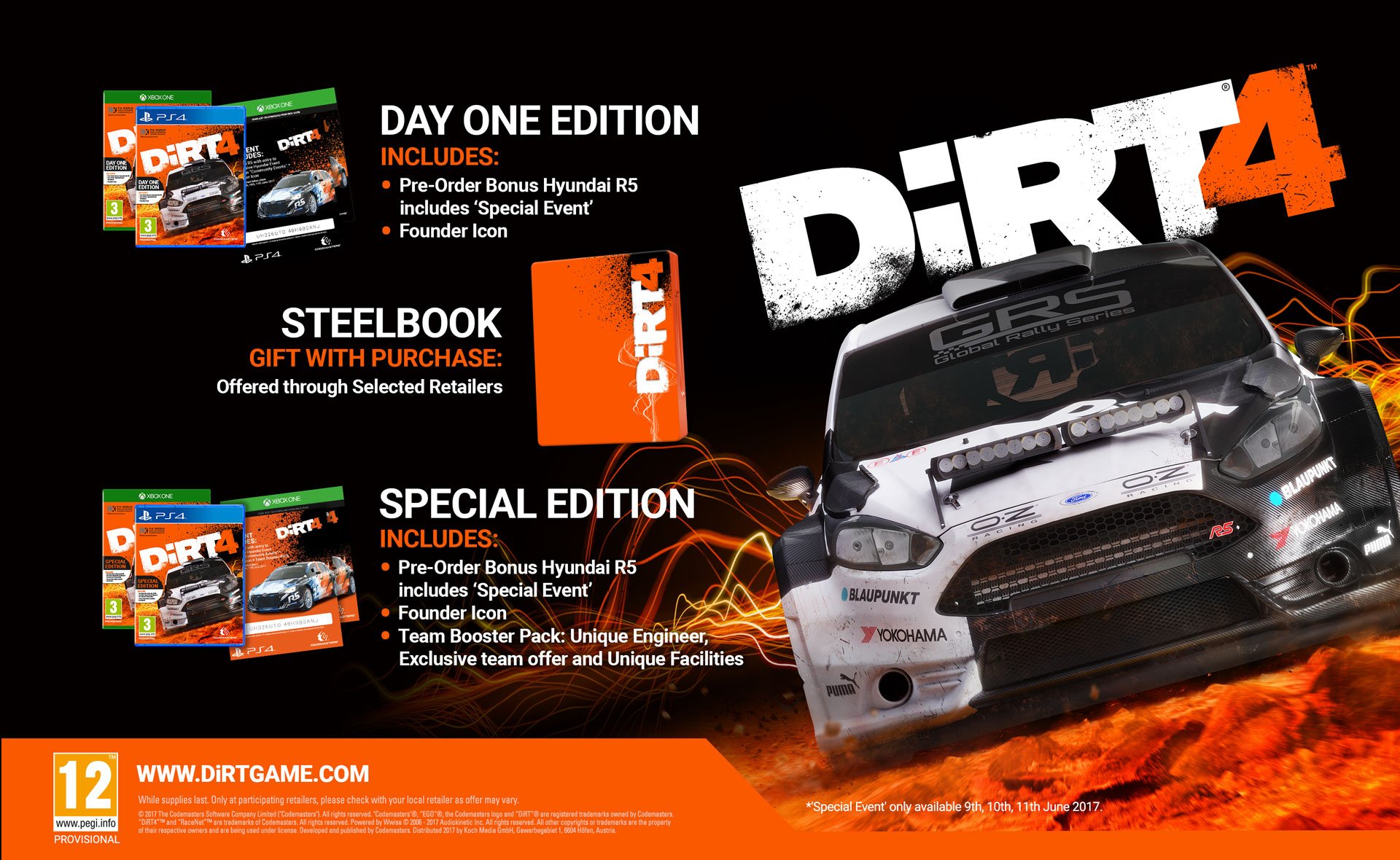