Completely out of nowhere, Deep Silver has announced Dakar 18 the game, based on the infamous Dakar rally in South America!

What do we know?

To be frank, just about nothing. The trailer and the description only really confirm that there will be several different types of vehicles such as “motorcycles, cars, trucks, quads and SxS” and that the final game is supposed to be a “realistic simulation”.

Whether we can expect a real-deal simulator here or a good sim-cade-like mixture, catering for a bigger audience is yet to be seen.

You can check out the trailer above!

The game is being developed by Bigmoon Studios who were involved with the WRC and MotoGP franchises in the past and have, in terms of racing games, recently developed FlatOut 4: Total Insanity.

A release date was not revealed yet, but given the name, we can probably expect Dakar 18 at some stage this year. The platforms of choice were confirmed as PS4, PC and Xbox One.

Thanks to @6e66o (Georg Ortner) for pointing the trailer out on Twitter!

As Tim pointed out in the comments on Facebook, the announcement did not quite come out of nowhere. Dakar 18 made its debut at Lisboa Game Week last November. You can view the presentation below! 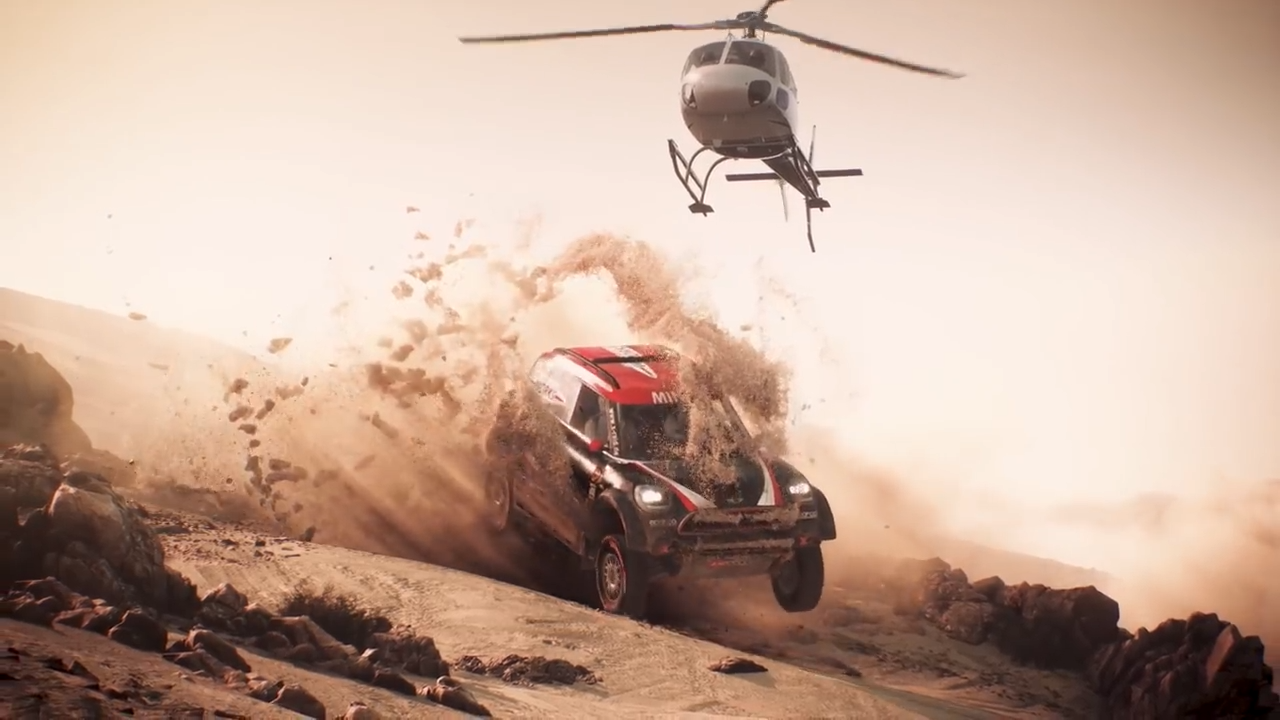