Not a Chili Bowl but the Chili Bowl is coming to iRacing! And with it of course its location, the Tulsa Expo Raceway – laserscanned!

Does not sound familiar!?

The Chili Bowl is THE dirt midget car racing event of the year. Hence, its nickname, the “Super Bowl of midget racing” (Get it? Chili Bowl, Super Bowl, BOWL, whatever…)

Its held annually, two weeks after Christmas, in fact this year’s Chili Bowl is kicking off next Tuesday, at the Tulsa (Oklahoma) Expo Centre.

As the track is inside, it is a semi-permanent course, which is specifically set up for the event. (See image above)

If you are wondering where the event got its name from, it goes back to Bob Berryhill’s Chili Bowl food company being the initial sponsor of the event, the name stuck.

To celebrate, iRacing has also teamed up with the defending champion Christopher Bell and NASCAR Monster Energy Cup Series driver Kyle Larson to be the primary sponsor on their cars this year! 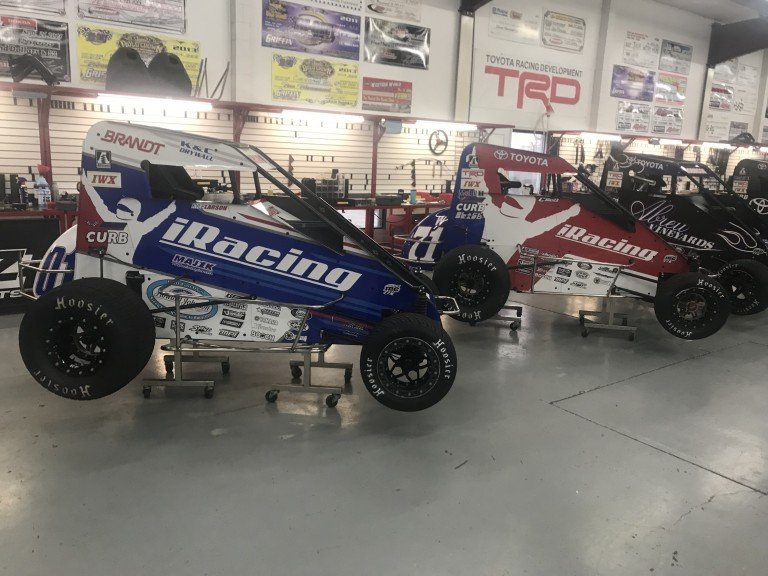 iRacing is at the track now, doing its laserscans. So, do not get your hopes up for a release in time for this year’s Chili Bowl. However, in case you were not already aware, Christopher Bell’s dirt midget car is already available in iRacing!

It’s exciting to finally have Midgets in iRacing. The fact that we’ll soon be able to run the Chili Bowl virtually is pretty sweet! I can’t wait to run that track whenever I want! It’s been a great working with iRacing and having them on my car for this event. What they have done in the past year with their dirt program and what they continue to do is so awesome for our sport!

It’s been fun working with iRacing to get the Midget car into the sim. Their engineers really take the time to listen to feedback and work on getting the cars right. I can’t wait to race the Chili Bowl anytime I want! It’s one of my all-time favorites!

Just last month we released Christopher Bell’s dirt Midget to iRacing members and they have been asking, no begging, us to add the Chili Bowl. Obviously this has been in the works for a while now so it was hard to not tell them it was coming. I know they will be as excited about this announcement as I am. It really says something when iRacing goes to a NASCAR weekend and is asked over and over when the Chili Bowl is going to be added. We don’t go a day it seems without someone asking or mentioning the Chili Bowl being added to iRacing on our Social Media channels so for us to finally be able to make this announcement, we just have to say thank you to everyone who made the Chili Bowl a top request, added Bryan Hulbert, Chili Bowl publicist. “It’s very impressive what iRacing has created, and we’re excited to be involved.