As promised in the last development update, Reiza Studios has now released version 1.4.8 of Automobilista and together with that, the Brazilian Touring Car Classics DLC!

Reiza is definitely not done with Automobilista just yet. The latest DLC, free for season pass owners, adds four classic Brazilian touring car series with four cars to choose from in various different configurations. Want to know more? Head to our blog on Reiza’s latest development update, announcing the new add-on. Alternatively, you can check out the trailer above.

The latest version of Automobilista – version 1.4.8 – fixes the issues Windows 10 users had with DynHUD. Said HUD is now enabled by default again.

As ever, AI played a big role in this patch as well. For example, AMS’s AI now assesses situations four times as fast as before.

Here is the full changelog and below you can find a selection of screenshots from the new DLC. Should you not be a season pass owner, you can purchase the pack on Steam here.

Logitech G29 / G920 users: Support for auto rotation is still on a dedicated Beta Branch labeled v1.4.8_G29. Further instructions as to how to switch to a beta branch here.

If you have a bug to report please use the new bug report thread (make sure to check the opening post first). 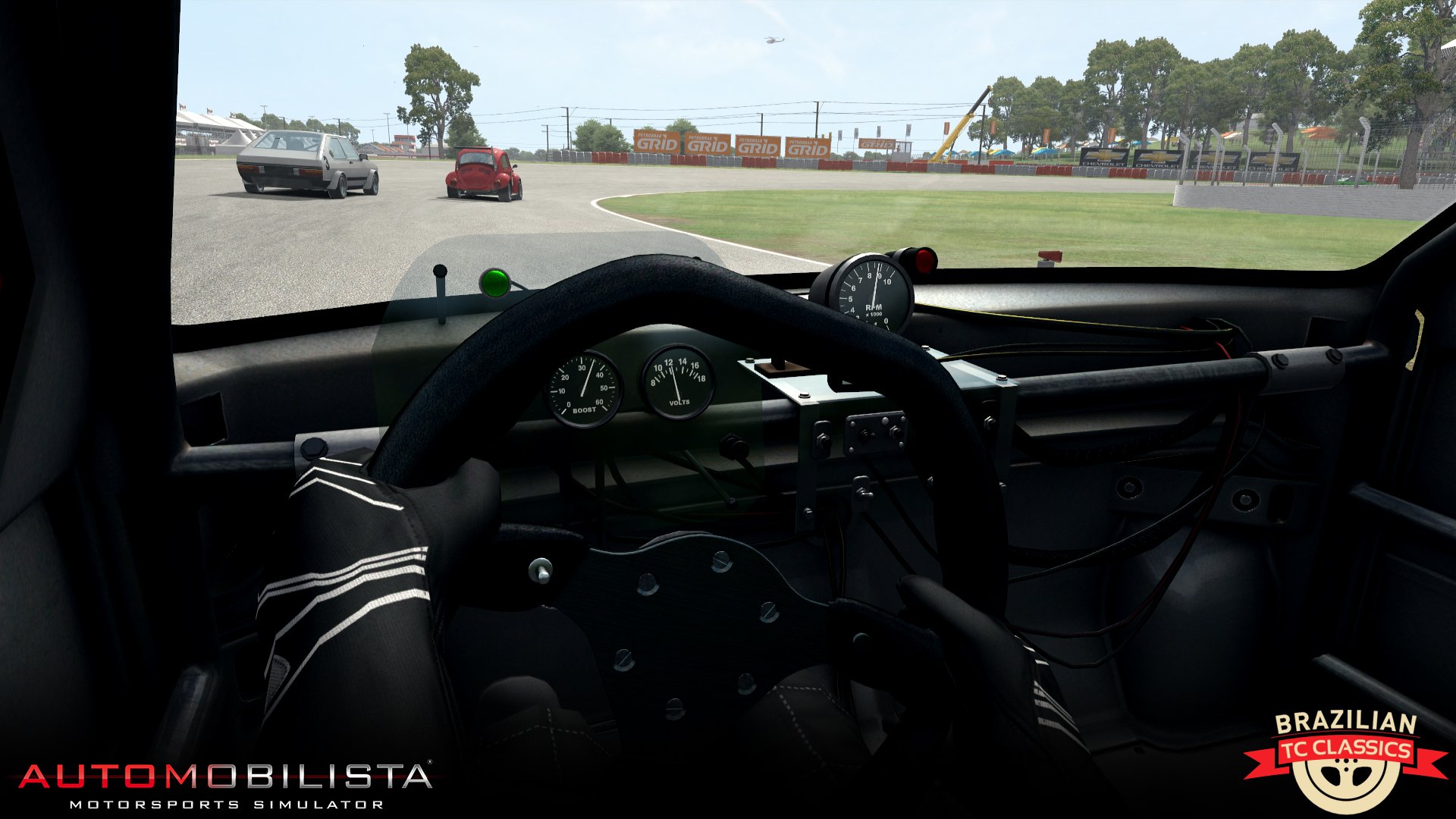